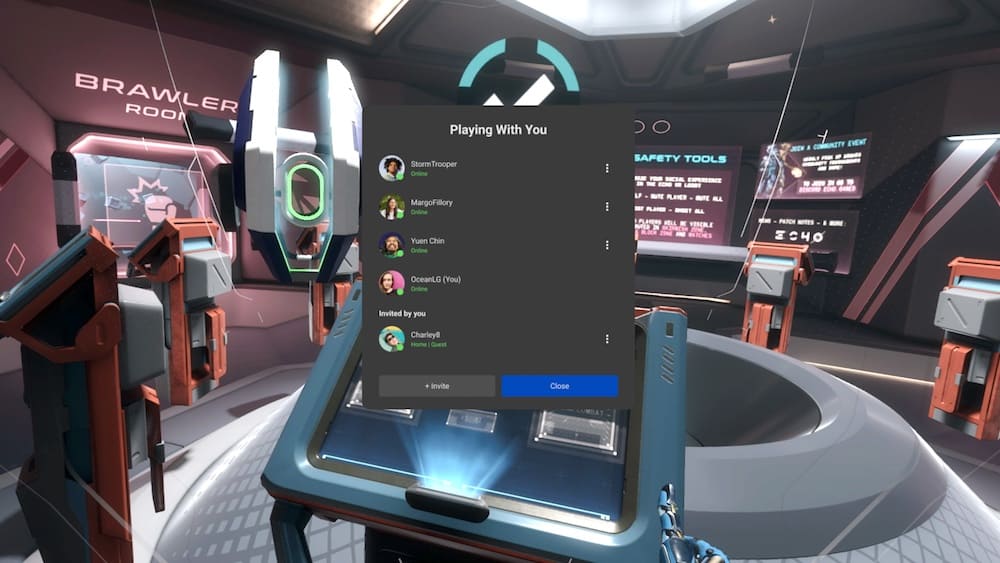 It is not always easy to arrange a meeting with friends to play in virtual reality. In the latest Quest update, Facebook introduces two features that make it much easier to connect to a multiplayer game.

After you put on virtual reality glasses, communication with the outside world can become difficult. What are your friends and colleagues writing on WhatsApp now?

Once everyone has finally found their way into VR, it’s time to open an Oculus party or rummage through the game menus. In general, it may take a long time for everyone to be in the same virtual room.

The following two features of the multiplayer game are designed to simplify this procedure. They were introduced in Update 31 for Oculus Quest (2) and Oculus Rift (S).

The first function allows you to create a web link to the current VR gaming session in the Oculus mobile app .

If you have chosen a VR game, you can specify the destination. This can be a multiplayer lobby or, in the case of the Demeo board game, even a specific adventure.

Once you have created a web link, you can share it via your smartphone, for example, through messaging or SMS applications, or publish it on social networks. After clicking the button, the corresponding game session begins in the virtual reality glasses you have selected.

If your friends click on the link, they will also be able to select the VR glasses in the Oculus app on which the game session should start, and they will be teleported to the appropriate place for the multiplayer game. Invitation links are valid for 24 hours, unless they are manually deleted.

The following video illustrates the procedure:

Invite to the game

The second new multiplayer feature allows you to invite friends or VR players with whom you have recently played to the current game session directly from the VR app. This eliminates the need for game menus and manual creation of a game party.

Now it is enough to open the universal menu with the Oculus button and select the “Invite to the game” option. Then a window appears with a list of active VR players: these can be friends or recently made VR acquaintances.

After you have selected the people you want to invite, they will receive a notification that they can use to go to the current game session. You can use this window to manage the group and send friend requests.

Developers should also implement this useful feature in their VR apps first. The first applications that support this feature:

The following short video shows how this function works.

Lone Echo II will not have translation into other languages