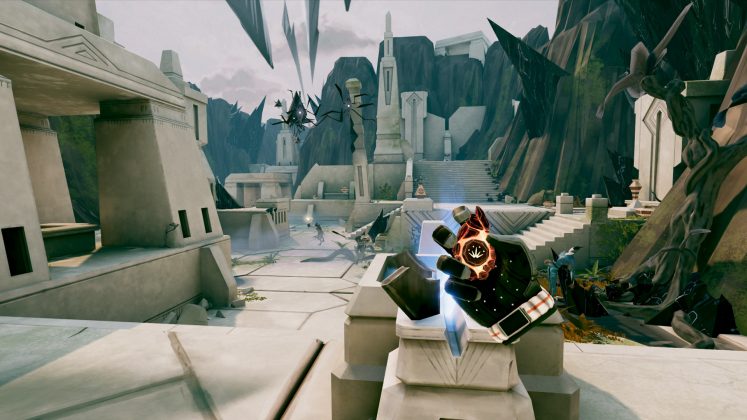 You may be familiar with two other Joy Way games, STRIDE (in early access) and AGAINST (released later this year), each of which has its own unique character. Now the studio is impressively working on the third virtual reality game, which also looks unique — OUTLIER.

As the studio explains, after Stride, it built two prototypes to study the future project. One of these prototypes leads to the rhythm game Against, and the other, as we have now learned, has become Outlier. Joy Way describes the game as a procedurally generated roguelike VR FPS:

You are the captain of one of the last human arks. In search of a new home for humanity, your ship has fallen into a black hole. Being outside of space and time, you become a witness of an unknown race destroying what looks like an inhabited solar system. The unknown physics of a black hole gives you mysterious abilities and allows you to exist in parallel worlds. Live, die and repeat your quest to conquer at least one of these worlds in the name of humanity.

In addition to the solid-looking visual effects, what immediately impresses in Outlier is the creative, virtual reality-oriented weapons shown in the announcement above.

First, a rapid-firing pistol is shown, which eventually overheats, as can be seen by the crystal in a small cage in the back of the pistol. When overheating, the firing speed decreases sharply. To cool the weapon faster, you can open the cage and shake the gun to cool the crystal.

Another interesting weapon that we see is what looks like a gun that, instead of firing bullets, shoots fragments of itself. It seems that the reloading is done with the “pull” gesture, which removes the parts of the gun from the environment and reattaches them for a second shot. 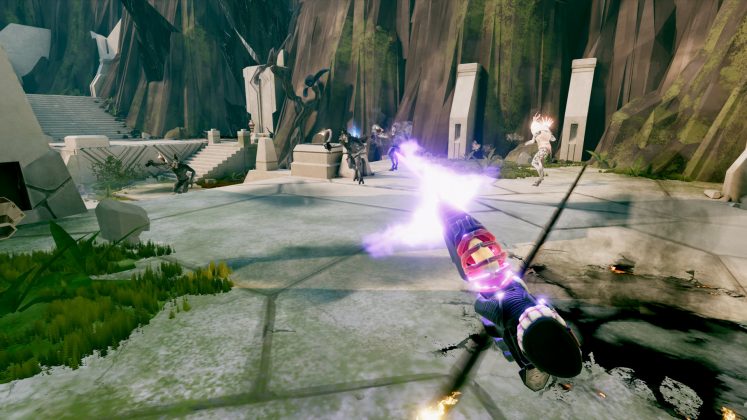 In addition to hand weapons, the Outlier trailer also shows some magical abilities that can be changed on the fly by inserting modules into the back of your gloves. In the trailer, you can see a throwing fireball and a kind of force push. The studio says that you can combine such abilities to make even more:

The combination of power-ups and ability modifiers gives different impressions. Combine your abilities to get new ones: Mix a fireball and a telekinetic push to get both an explosive fireball and a fire push. Build your character and arsenal between races to create a variety of builds for any style of game.

There is already a lot to intrigue between interesting weapons, spells and high-quality graphics, although high-speed movement does not seem particularly attractive both from the point of view of comfort and from the point of view of immersion. Of course, Joy Way has demonstrated an excellent ability to create prototypes and find what works, so there is a chance that the game will change a little between now and launch, and even further in the early access period, which is expected to be at the end of 2021.

The question is not if, but how!