PlayStation VR 2 is not wireless, and that’s a good thing

The PlayStation VR 2 headset uses a single USB-C cable to connect to the PlayStation 5. Some fans are dismayed by the cable, especially in the wireless Quest 2 world, but Sony made the right choice.

The Quest 2 is not “wireless”

There seems to be some confusion when comparing the current VR market leader with PlayStation VR 2. These are basically two different categories of VR headsets. Quest 2 is a fully autonomous virtual reality system. All the hardware needed to make virtual reality work is inside Quest 2.

In other words, Quest 2 is not a “wireless” headset. It is an “independent” headset.

Quest 2 is the only VR headset that dominates them all, at least for now. While some headphones surpass this in specific areas, none are as versatile or affordable.

These two headphones have different use cases and design goals. The PlayStation VR 2 is an accessory of a powerful console, which is the device that does all the real work.

If you want VR with the same quality that a PS5 can produce on a Quest 2, you need to connect it to a PC using a cable and the Oculus Link function. You also have the option to connect to a PC wirelessly, but it’s currently not the best way to experience PC VR in Quest.

Wireless virtual reality is not ready

To be clear, there are wireless virtual reality solutions. In the case of Quest 2 it is possible to use “Air Link”, but the functionality is still in the experimental phase. You need to carefully consider the configuration of your network so that it works well. It seems that the best solution is to connect the PC to a 5GHz Wi-Fi router via Ethernet. It’s even better if that router is dedicated to VR and VR only. Again, WiFi is not as reliable as a USB-C cable and doesn’t have the same kind of bandwidth in real-world situations.

A better solution is to use a dedicated wireless system like WiGig. This is exactly what has been done with HTC Vive. the Vive wireless bundle has a headphone module, a battery and a WiGig PCIe card to allow the PC to communicate with the headphones. It should be noted that the Vive Wireless adapter package costs more than a full Quest 2 headset. So while this 60 Ghz wireless technology works, it is still outside the realm of accessibility. For both Quest 2 and PlayStation VR2. 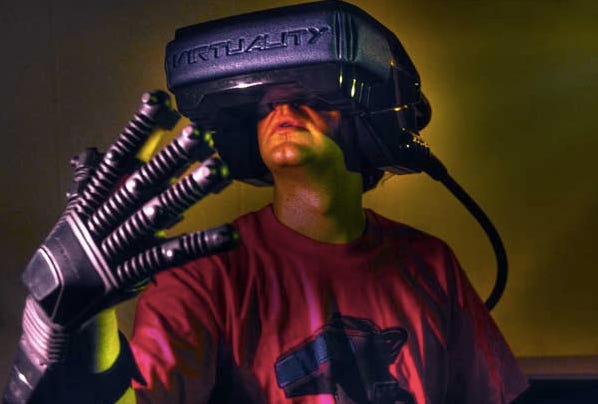 VR headsets are in an eternal struggle when it comes to total weight and how that weight is distributed over the user’s head. The first headphones, like those from Virtuality in the 90s, tested the limits of the human neck!

To use wireless technology, you need to add a battery and the necessary electronics for the wireless virtual reality to work. Unless they are made of unknown exotic gravity-defying matter, they will add weight to the headphones.

That could mean that other PlayStation VR 2 features would not be up to scratch, such as touch actuators, eye-tracking hardware or the high-end display.

Costs must be controlled

The additional hardware to make a PlayStation VR 2 wireless would not only add weight, but also costs. The console hardware has a notoriously small profit margin or can even be sold at a loss, depending on the “connection rate” of the software to put the business in black numbers.

At the time of writing, we don’t know how much PlayStation VR 2 will cost at retail, but it compares to the $300 Quest 2, which doesn’t require a $500 console to run. The previous PSVR was also sold for $399, albeit without a motion controller.

Anyway, there’s no doubt that every penny of the final PlayStation VR 2 cost on the shelf matters, and a wireless connection solution would move that number too far in the wrong direction.

The adoption of an inexpensive and open standard such as USB-C leaves many doors open for Sony to take its new headphones forward. We’ve already talked about how this makes PC VR a technical possibility, but Sony can also use it to update PlayStation VR 2 at a later date.

It is conceivable that a wireless module can be connected (via a belt clip or a headphone holder) to the headphones, providing the currently missing battery power and wireless hardware. So don’t complain about the lack of wireless connectivity in Sony’s next-generation headphones. When the technology is ready, there is still a way to make it a reality.

Virtuix partners with HTC and prepares support for Arizona Sunshine

The revenue of the company for the second quarter of 2020 decreased by 8.3%

Create an Artificial Intelligence capable of separating songs by tracks