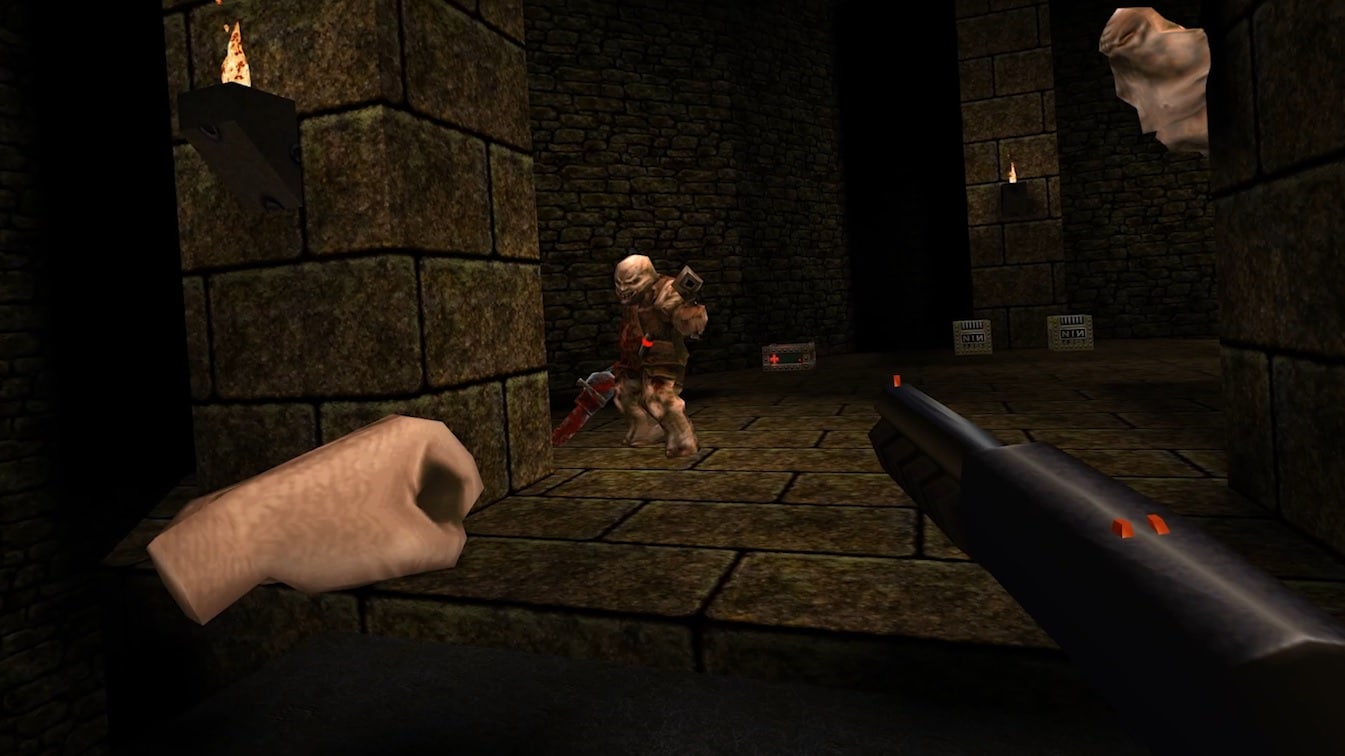 New content is part of the update v0.0.5, which is available now. The biggest addition today is a support for multiplayer that allows you to play against other players Quake VR with optional support for bots. The second official expansion pack for Quake — Dissolution of Eternity — is also now supported.

Users Valve Index will also be pleased to hear that the mod built tracking the fingers that allows you to do all sorts of different (including rude) gestures. There is also now support custom maps via the game menu and many other minor changes in the quality of the game.

For beginners have been added learning card, including a range of weapons, which you may wish to try before heading in single or multiplayer game.

You can watch game footage of all these functions in the trailer above. This update was released after v0.0.4, which is added to the system in the style of Gravity Glove, which allows you to pull subjects in the arm from afar, like in Half-Life: Alyx.

Update v0.0.5 available for download for PC VR VR Quake site, however, to use the mod, you’ll need your own copy of Quake. To read the full patch notes for v0.0.5, look on the mod’s page on GitHub.