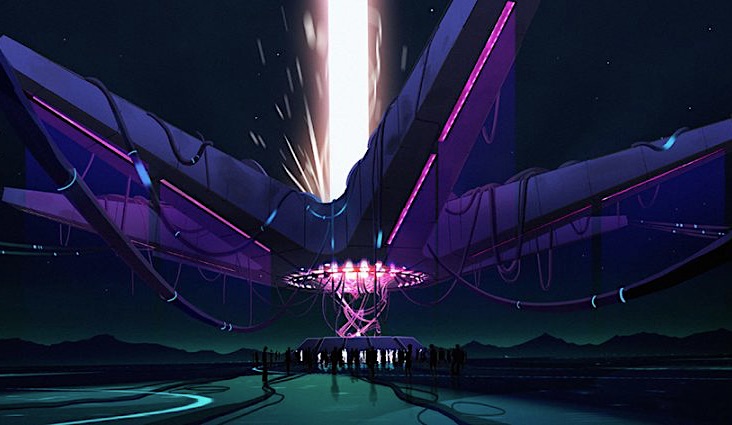 Sensorium Galaxy will become the next big social platform for virtual reality. Live performances by EDM stars such as David Guetta, Armin van Buuren and Carl Cox, to attract people in virtual reality.

World famous DJs and music producers before the show should get a scan in a 3D recording Studio to create photo realistic avatars. The expression patterns of movements and appearance of DJs must also be digitized.

It is reported that the Sensorium startup has attracted more than $ 100 million in investment capital since its founding in 2018. It is not known who invested in the project. Use the world-famous representatives of EDM such as David Guetta, Armin van Buuren and Carl Cox for several performances in virtual reality, in any case not supposed to be cheap.

The riddle of financing can be solved, if you know who founded the Sensorium and why: Russian billionaire Mikhail Prokhorov.

Avatars Guetta and Coke will appear in Prism, virtual Sensorium Galaxy center designed for concerts and festivals. Designed in collaboration with Ian Postema, the owner of two famous night clubs of Ibiza.

Users of virtual reality should be able to party with your avatar, hover over the virtual spaces and participate in concerts.

Platform, social VR will be launched in February 2021. Those who have no VR glasses will be able to take part in the concerts via PC or smartphone.

The latest users will probably be the only customers with whom you can earn money in the short and medium term. Startup WaveVR tried in vain to create a viable concert platform VR in 2017. Sluggish sales points VR and a small number of users prevented this project. Since the summer of 2020 in VR no longer hosts major concerts.

Prokhorov, it seems, is also not a big fan of virtual reality: the billionaire told Forbes that it is not is an active user of the VR products, but believes in the potential of the technology. More information is available on the official website.

Review IT Weekly (02.11 – 08.11): the first Tier IV data center in Eastern Europe and the largest migration of SAP systems on the Russian market

Review IT Weekly (02.11 - 08.11): the first Tier IV data center in Eastern Europe and the largest migration of SAP systems on the Russian market

Swordsman coming to Quest but in 2022 and through App Lab

Smartphone repair – can it pay off?