Warhammer 40K: Battle Sister gets an update with the regime of the Horde 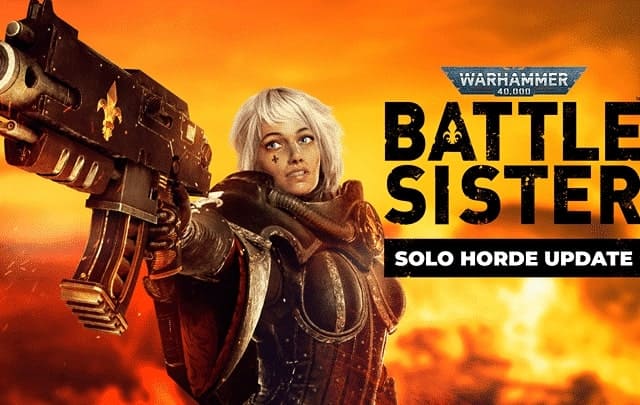 Warhammer 40,000: Battle Sister received update, in which it was added “a single player Horde” based on the waves of survival called the Last Bastion (“the Last Bastion”). Cooperative for this mode is still in development.

According to the update message from the developer Pixel Toys, this is the first of many upcoming updates to the game. Last Bastion Solo is what comes out now a co-op version, which will also introduce a new map, which will appear later. The new mode is available right from the main menu.

The goal of the new game mode is to reach the last wave and survive as long as possible in the last heroic battle. For each kill you get coins that can be spent in the Central terminal of the applications for the best weapons and ammunition. There is also a rating system of progress and leaderboard to retrieve records.

Here’s what it says in the update message on mode:

“In the Last Bastion, camp in a war-torn world of Warhammer 40k, you are surrounded and cornered from all sides ravenous hordes of Chaos, who drop all the great powers against you and your team of heroes battling.

The goal is simple — to survive in a series of waves and rounds, trying to reach higher levels and ranks, unlocking weapons and competing in a friendly and global leaderboards for high scores and achievements. Can you survive and claim the glory of the Emperor?”

Other patch notes for this update include the balance setting of the game to make it slightly easier: players receive a 20% increase in health and a reduced delay before they regenerate health. Now it also regenerates faster.

Warhammer 40,000: Battle Sister already available on Oculus Quest for $ 30. Not so this game has received a graphics update for the Oculus Quest 2.