It’s almost the weekend and when the new month is only a few days away, Amazon surprised us with the revelation of all the games and content that will arrive on Amazon Prime Gaming, through a blog post. And without a doubt, this is a great month for Ubisoft fans.

* Assassin’s Creed Origins – Immerse yourself in ancient Egypt, a land of majesty and intrigue as you discover the origins of the Brotherhood of Assassins. Navigate the Nile, uncover the mysteries of the pyramids and fight ancient factions and wild beasts as you explore this vast ancient land.

* Football Manager 2022 – Take control of your own football club in this management simulator of unprecedented depth. Explore new and progressive ways to find your winning edge, and root your style into your team while making your mark on the field.

* Middle-Earth: Shadow of Mordor Game of the Year Edition – Make your way through Mordor and discover the truth of the spirit that drives you, discover the genesis of the Rings of Power, forge your own legend and finally face the evil of Sauron in this new chapter of the history of Middle-earth.

• The Dig – From the hand of LucasArts and Steven Spielberg comes an epic adventure that plunges players into the depths of the unknown. Step into the shoes of Boston Low, a NASA veteran who has been tasked with stopping an asteroid the size of a small moon from heading for Earth. After completing the task, Boston and his colleagues perform a routine examination of the rocky surface, and soon uncover a scientific mystery that is anything but routine.

* Defend the Rook – Get into this board combat with roguelike tactics integrated with tower defense elements as you fight against invading hordes to stay alive and save the earth. Enjoy various tactics, build towers, cast devastating spells and defend yourself from waves of enemies.

• We. The Revolution – Immerse yourself in the bloody world of the French Revolution as you assume the role of a judge of the Revolutionary Tribunal, presiding over intricate cases of ordinary citizens, dangerous criminals and enemies of the revolution at the end of the XVIII century. He issues shocking judgments, plots political intrigues and tries not to lose his mind.

* Castle on the Coast – do parkour for a hand-drawn 3D retro castle like George the Giraffe! String together spectacular acrobatic moves as you explore crystal caverns, stone-laden corridors, and mind-blowing alternate dimensions.

Word of the Law: Death Mask Collector’s Edition – Embrace the role of an F.B.I.S.K. detective as you investigate serial crimes and city government secrets! You are the only one who can get on the track to break this chain of murders, are you up for the challenge? 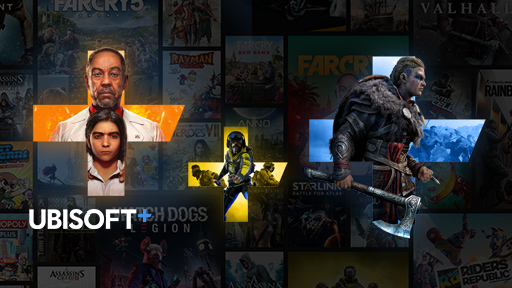 * Skull and Bones – Players face the challenge of entering a dangerous paradise while overcoming adversity and going from being an outcast to an infamous pirate.

* Rainbow Six Siege – Unlock the monthly content with new Operator Bundles and boosters arriving to take players to the next level in this epic 5v5 shooter.

* Assassin’s Creed Valhalla – Continue your Viking journey with a new package that will arrive on September 13th.