The great help for students and the curious who want to learn new languages, translate words or texts are dictionaries and / or translators, but it may be that you have not always used the best tool for this, and hence we present the following dictionaries and translators.

Advantages offered by these translators on the PC

And the advantages of the proposals that we will talk about below are many, as you can see for yourself first-hand. First of all, it should be mentioned that as a general rule these programs are usually compatible with a multitude of different languages, both input and output. This, as you can imagine, opens up a wide range of possibilities in this regard. It is also important to know that they are usually designed so that we can use them both in corporate environments, and in other more domestic ones.

In addition, they try to greatly facilitate the translations presented to us, which is actually their main task. This is achieved, for example, by giving several possibilities when entering the texts here. We can do it in a handwritten way, or through file, whether local or even, sometimes, in the cloud. At the same time many of these give us the possibility of saving the result in a file to be able to export it to other programs.

Some of the programs to translate into other languages that we show you below, need a permanent internet connection, as is the case with DeepL, since the translation is not done locally, but on their servers to take advantage of the deep learning that is responsible for making sense of the translations. We must take this aspect into account, especially if we do not always have a permanent internet connection on our computer.

A very important aspect that we must take into account is that all these applications, they do not translate colloquial language correctly. This type of language is very difficult to understand by these applications, since, on many occasions, ready-made phrases are used that must be given meaning according to the context where they are included.

Best programs to translate into other languages

If we need to translate text into other languages, we can use any of these programs that we will see below and that will help us with the task.

qTranslate, one of the best and most complete

He is one of the best and most complete translators, since he incorporates several of the most well-known translators with him, which makes us have a correct and successful translation. Such a program allows us to translate words, whole texts and the reading aloud. It has a version portable (No installation needed) or the installer.

Ginger, supports up to 40 languages naturally 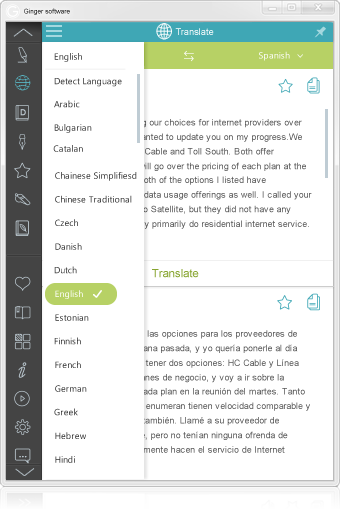 This software allows us to translate words from 40 languages of natural way to be able to communicate with anyone and that the conversation has coherence. Thanks to its interface we have a simplified, but at the same time complete use, in which we just have to enter the text and the language to translate it, and we will have it ready at the moment.

TranslateClient, one of the classics with automatic language detection 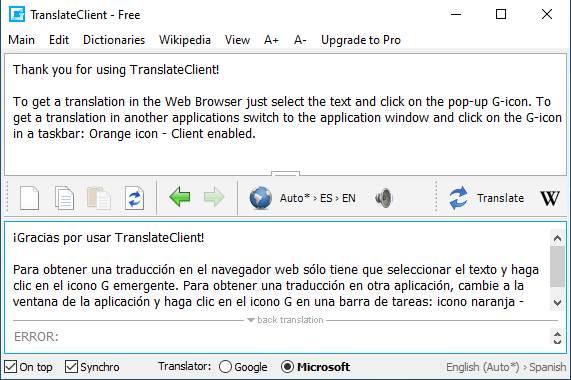 Translator with a long career that has been with us for years, but still continues to do its simple function that is to translate texts and words, in more than 50 languages that we have available. In its free version we have automatic detection of languages, quick access using key shortcuts, transcription and alternative translation.

Lingvanex, one of the most complete with more than 127 languages 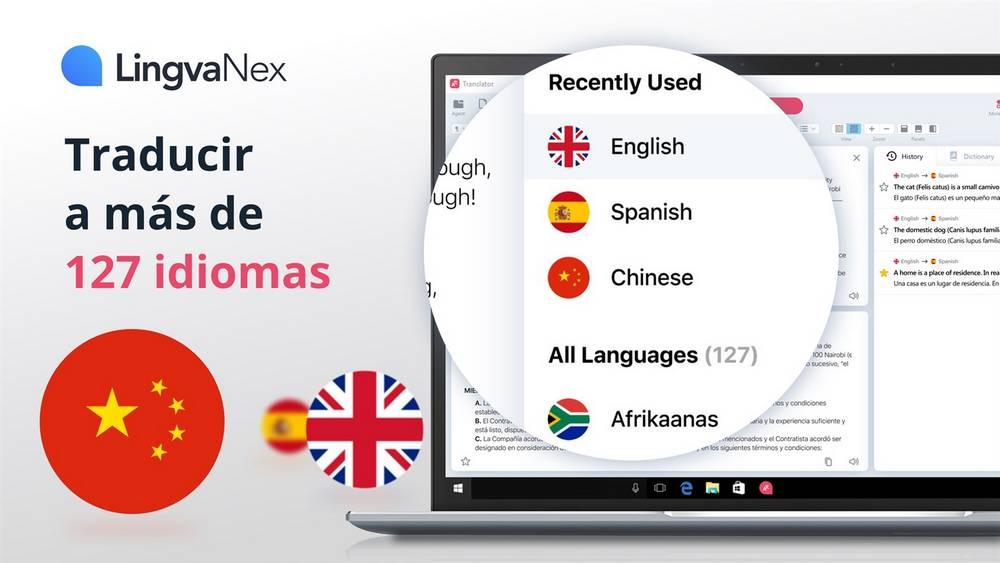 This translator that we have in the Microsoft Store, allows us to translate texts into images, file translation, have more than 127 languages, and it does the function of dictionary and translator, with which we will be able to translate both the complete documents, such as words, or simple texts. He is a very complete and versatile translator. 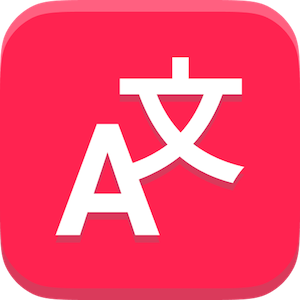 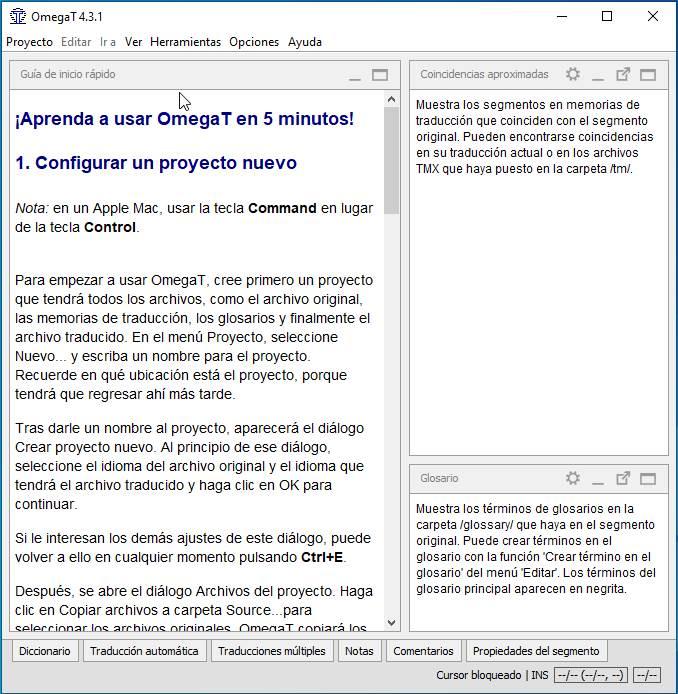 It is an application intended for professional translators, its function is integration with other programs, supports plain texts, or files such as LibreOffice, OpenOffice, and more 30 different formats. It has simultaneous processing of multiple files projects. In general, it is not suitable for the use of an ordinary user, but more for the user who is an expert in the field of languages.

DeepL Translator, one of the most accurate and efficient 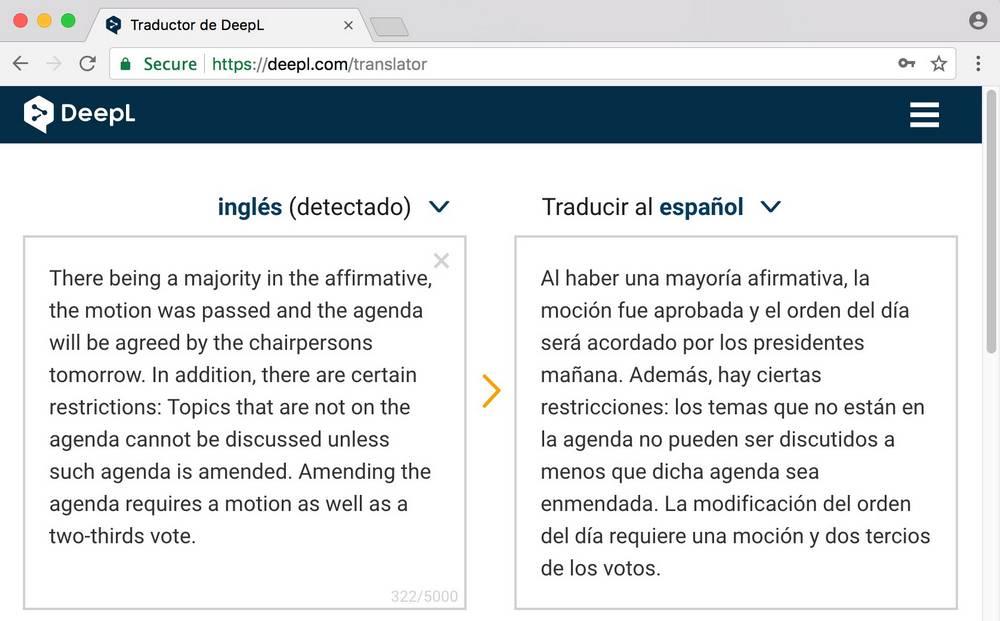 Without a doubt one of the most efficient and accurate translators we can find. While other alternatives use dictionaries and very simple rules to carry out their task, DeepL Translator makes use of advanced neural networks to offer a translation as accurate and natural as possible. This program saves our information safely, but it keeps learning as it translates texts, being able to translate entire texts in just a few moments.

This translator is not available in the same languages as Google Translate, however, it is much more efficient and gives much more sense to translations. If we have problems finding a good translator via the web, the one that will offer us the best results is, without a doubt, DeepL Translator. We can also use it via the web if the use we are going to give it is sporadic and punctual and we do not want to occupy disk space with an application that we are going to use few times. Both the application version and the web version are equally efficient when it comes to translating texts.

We can download this translator from the following link. 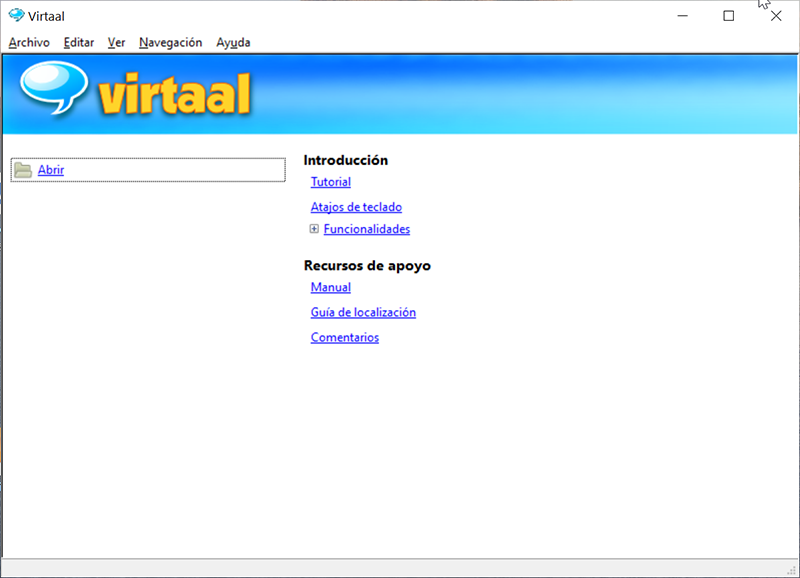 We are talking about a tool that has been specially developed to contain all kinds of functions that allow us to focus on translation without any distractions, through an orderly user interface. It supports a multitude of translation formats provided by the Translate Toolkit, including XLIFF and PO. Its main feature is that we will find an interface where we will only find the essential elements for our translation, leaving the rest of the elements hidden so that nothing can distract us from our task.

In addition to a text translator, sometimes we may need a good dictionary where we can look up a word in another language that we are choking on or we do not know its meaning. 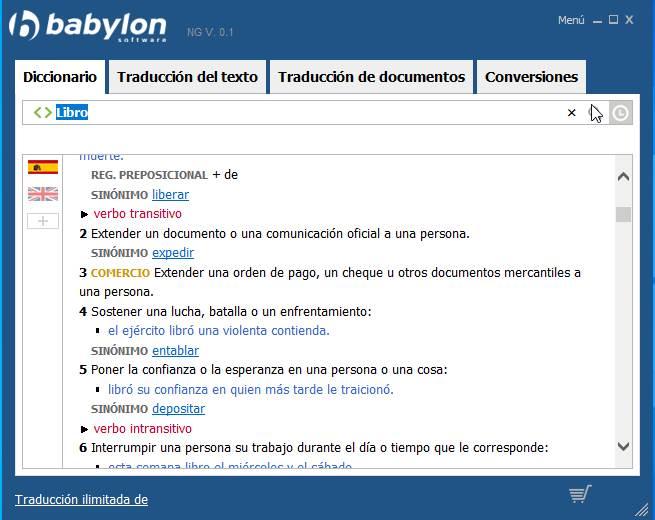 Very complete dictionary which allows us to translate millions of words in more than 77 different languages, we can translate web pages complete, full texts, and even allows us to translate documents. Dictionaries are updated automatically. It has a simple, yet efficient interface, a great alternative to conventional translators. Babylon was one of the first applications that were popularized in the market before the arrival of web translators, so the level of functions it offers us covers practically any need that crosses our mind.

Mate Translate, translator and dictionary compatible with more than 100 languages 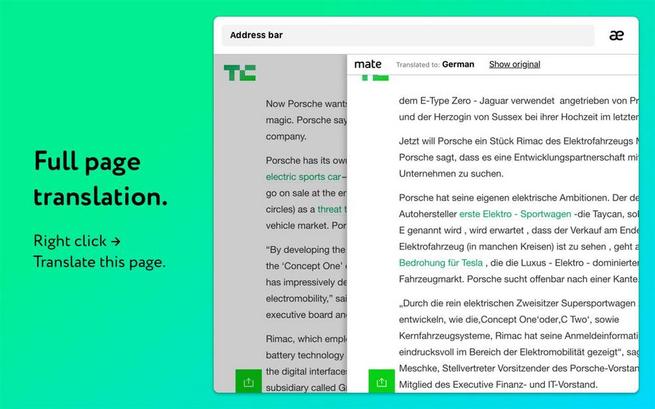 Translator and dictionary software that helps you with the translation of phrases, documents and words in more than 103 languages, they also promise to help you understand and understand the language, they have a renewed design and easy to use for any user. This will save us time and make us more efficient using all the options we have available. 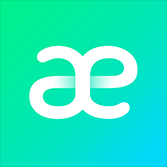 GoldenDict, includes compatibility with other dictionaries 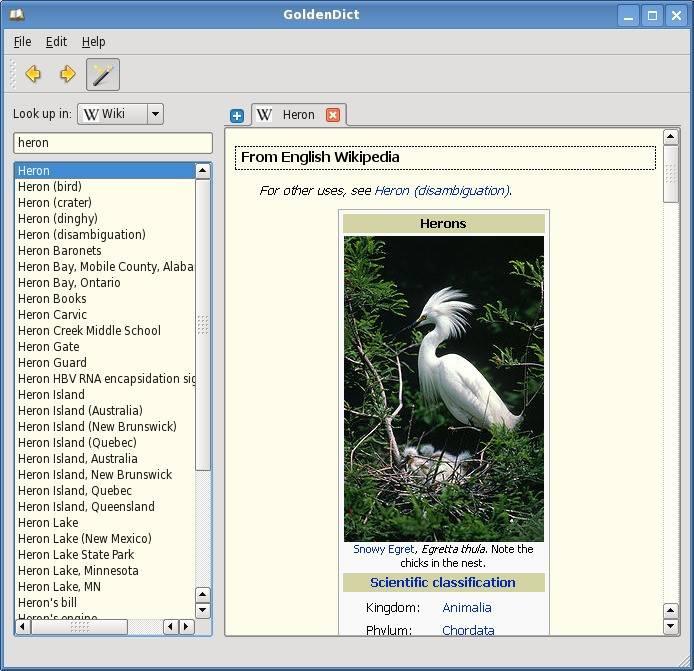 An open source dictionary for Windows, macOS and Linux that will allow us to see definitions of the words we are looking for and, at the same time, translate them into other different languages. Among its features we can highlight the possibility of using several formats at the same time, being able to even use dictionaries from other programs, such as Lingvo, Babylon, StarDict, Lingoes and Dictd.

Science & Technology: Sony’s game subscriptions: Playstation Plus will be expanded

Get legal advice online and save money