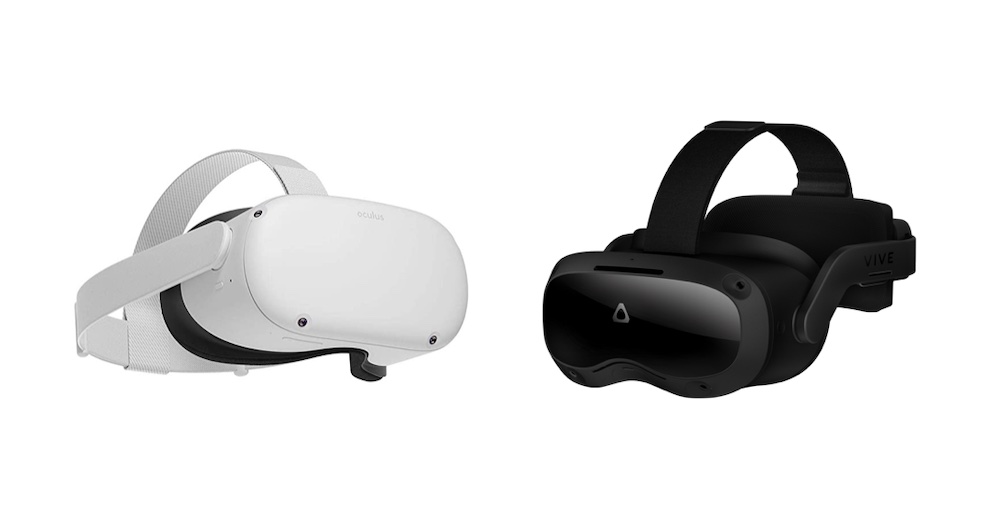 This week, HTC introduced the self-contained VR glasses Vive Focus 3. A test comparison with the Oculus Quest 2 shows how much faster the HTC device calculates.

Both devices have the same chip-Qualcomm Snapdragon XR2. The XR2 chip is a Snapdragon 865 smartphone chip optimized for standalone virtual reality glasses. The chip uses an eight-core Kryo 585 processor, an Adreno 650 GPU, and six gigabytes of RAM, and in the case of the Vive Focus 3, the XR2 chip has been adapted and Qualcomm has provided two additional gigabytes of RAM.

The fact that the VR glasses differ in performance is due to the fact that the Oculus Quest 2 is very slow due to power consumption and heat dissipation. Oculus CTO John Carmack said during Facebook Connect last fall that the speed of the XR2 processor has halved, while the GPU frequency has decreased only slightly. Benchmark tests conducted by Quest users later confirmed this.

The processor in the HTC glasses runs at standard speed

According to a comparative analysis conducted by Reddit user MaybeVRoomer, the XR2 Vive Focus 3 processor runs in contrast to the Oculus Quest 2 processor at a standard clock speed . Perhaps VRoomer is referring to a leaked CPU test last fall for a mysterious device called the ” HTC Vive Focus (XR2),” which later turned out to be the Vive Focus 3.

The test results are the same as those of the Asus Zenfone 7 smartphone, which uses a processor equivalent to the XR2, Snapdragon 865. Since the processor in the Zenfone 7 does not run at a reduced frequency and gives about the same results as in the leaked Vive Focus 3 test, the XR2 processor of the standalone VR glasses should also run at a standard clock speed.

MaybeVRoomer suggests that the XR2 chip’s GPU is also running at a standard clock speed, even if the leaked tests only show CPU results. For comparison with the Oculus Quest 2, it uses the test results measured on the Zenfone 7 for the Snapdragon 865 GPU, which runs at the standard clock speed in a smartphone.

As expected, the performance difference is large: the performance of the Vive Focus 3 processor in single-core mode is about twice as high as that of the Oculus Quest 2. In multi-core mode, the coefficient even increases to 2.5.

As for the GPU, the difference isn’t that big, because the Quest 2 GPU doesn’t run as hard as the CPU: the Vive Focus 3 GPU can only consume about 15 percent more power.

The extra power of the Vive Focus 3 chip is sorely needed, as the VR glasses ‘ displays represent 70 percent more pixels than the Oculus Quest 2. This must be one of the reasons why HTC provided the XR2 chip with eight instead of six gigabytes of RAM.

The 15W copper heat tube and vent slot provide ample cooling, so the VR glasses should be slightly larger than the Oculus Quest 2. Business customers should be less concerned about the slightly larger form factor and vent, especially since the device comes with a more comfortable head mount.

Since the XR2 Vive Focus 3 chip also uses the battery more at full load, HTC also installed a larger battery than Facebook. Its capacity is 26.6 watt-hours, while the Oculus Quest 2 battery is rated for 14 watt-hours.

The devices should last about the same amount of time: HTC gives a value of two hours. The battery life of the Oculus Quest 2 ranges from two to three hours, depending on how intensive the calculations are in the VR applications used.

It’s still unclear how much the Vive Focus 3 could benefit from more CPU and GPU performance. Most of the additional resources will probably go to a much higher resolution. In a practical test, you will need to see if there are still power reserves left to improve textures, animations, and effects.

The question is also interesting, as Facebook is developing the Quest Pro, which, unlike the Quest 2, can create the full performance of the XR2 chip and should be at least on par with the Vive Focus 3 in terms of pixel technology.

What really works when it comes to dating?

F*ck or not F*ck: whether to use the Mat in a marketing strategy?