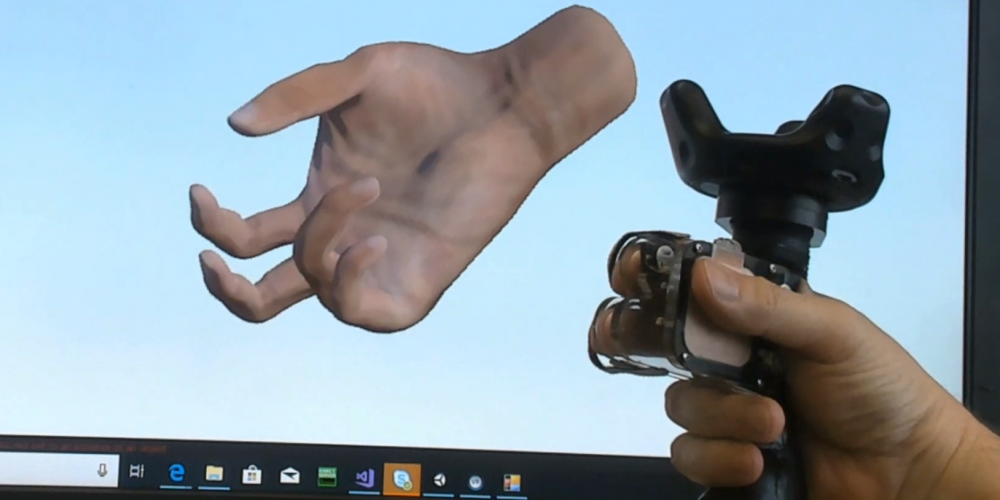 The thumb of the user rests on the capacitive surface. Two fingers rested in the linear actuators (also used in controllers Oculus Touch and HTC Vive) to provide targeted tactile feedback. Inside the device next to the thumb is the force sensor.

Users can grab virtual objects simply by force of capture, or release, simply by reducing the gripping force. Items held in the hand, you can even rotate by swiping your thumb on a capacitive surface.

TORC was designed to even allow compression of objects. While your fingers do not move, Microsoft says that the target tactile vibrations in combination with compression, which you see in virtual reality, make your brain feel like you actually shrink. The company explained that this was the result of neurobiological research “dynamic visual stimulation”.

The prototype uses the HTC Vive Tracker for positional tracking, but it can be replaced by any tracking system. The innovation here is in the use of force sensors and tactile not related to tracking.

The company also presented a drawing, which shows how this technology can look directly integrated into the product.

Valve recently opened pre-orders for the controllers index , which have a basic tracking of the fingers and allow the user to let him go. But VR controllers are still a long way to go to achieve the ultimate goal of modeling arbitrary objects — projects, such as the TORC, are a small step in this direction.

Ragnarock on October 21st at the official Oculus Quest store