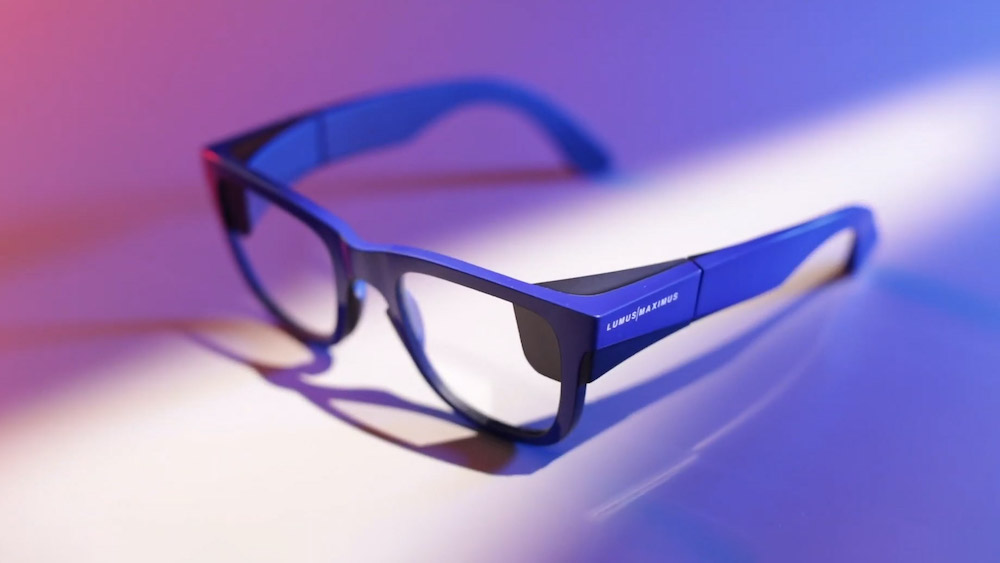 Display expert Karl Guttag had the opportunity to test a prototype of a promising new AR glasses: Lumus Maximus. He is impressed with the quality of the display.

Lumus is an Israeli company that has been developing optical systems and waveguides for AR glasses for more than twenty years. Since 2016, the company has raised more than $ 50 million in investment capital for research and development.

On paper, the latest Lumus prototype, called Maximus, has impressive technical features: the LCOS microdisplay projects a 2048-by-2048-pixel image with a maximum brightness of more than 3,000 nits. For comparison, the Hololens 2 uses a laser display, has a resolution of 1280 x 854 pixels, and offers a brightness of about 500 nits. Both devices use waveguide optics: Microsoft-diffraction waveguides with a high refractive index, Lumus-reflecting waveguides that provide particularly high image quality.

This comparative image of the Lumus Maximus and Hololens 2 shows the differences in image format and quality. Note the variable color reproduction and brightness of the Hololens display.

The form factor will be changed

Display expert Karl Guttag, known as a sharp critic of AR, who tried out the Hololens 2 and many other AR glasses on his blog, was able to comprehensively test the Lumus prototype. In his test, he compares the display to the Hololens 2 screen, a technology that is more than two years old.

The Microsoft device is considered the most advanced AR glasses you can buy at the moment, but according to Guttag, it has a ” terrible display.” The industry veteran criticizes, among other things, the low resolution, unstable color reproduction and flickering of the Microsoft device. Therefore, the display standard is not particularly high.

Guttag emphasizes that the Maximus is a prototype that, unlike the Hololens 2, consists only of a pair of glasses and a display. There are no security cameras for the lighting of the space, a computing unit and a battery. The prototype is controlled by a player that is connected to the AR glasses via a cable. All of this needs to change in the final product.

Guttag expects that the current form factor will not remain so in the future, and that the final device will be more like the Hololens 2 than the usual glasses.

Guttag is enthusiastic about the combination of an LCOS display and a reflective waveguide: the AR glasses offer a high-contrast image with much higher resolution, rich, uniform colors, and high brightness.

Thanks to the latter, the Maximus prototype can let in much more natural light: while the Nreal Light blocks out more than 70 percent and the Hololens 2 blocks out about 60 percent of the incident light, the Lumus glasses let in about 85 percent of the light. This results in the glasses user’s eyes being seen much better through the glass. 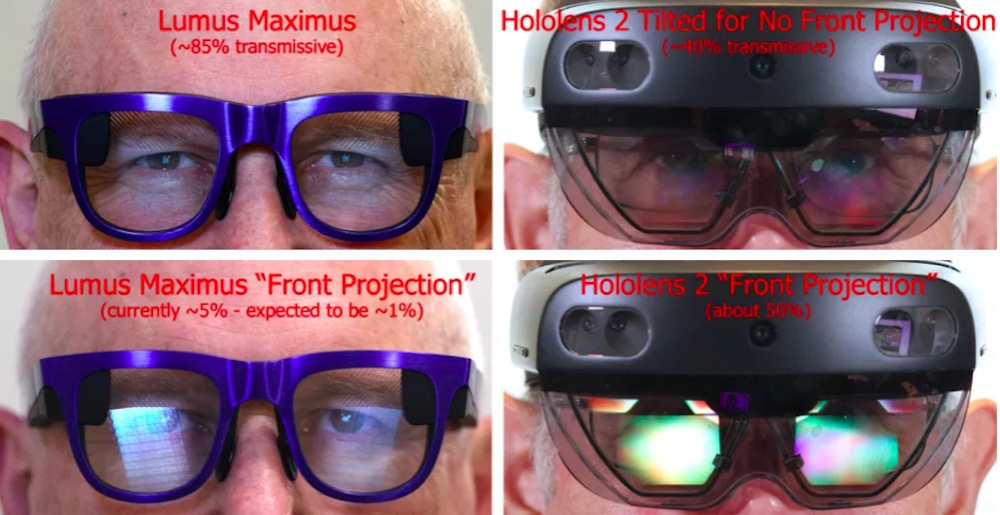 The Hololens 2 image projection creates an eerie cyber-view, in which the glasses wearer’s eyes almost completely disappear. With Lumus Maximus, this effect is significantly weakened. The final product should reflect only one percent of the light.

In conclusion, Guttag writes that the prototype has a “big wow factor”. The image isn’t perfect in terms of uniformity, color reproduction, and brightness, but it’s much better than any other waveguide display he’s tried so far.

According to Guttag, Lumus is closely monitoring the end-user market. The open question is whether Lumus will be able to produce a display at an affordable price and in large enough quantities, since light guides are quite difficult to manufacture. In terms of production, Lumus has entered into a partnership with the German glass manufacturer Schott, a subsidiary of Carl Zeiss AG.

You can find the full Maximus test with all the technical details in the blogKarl Guttag KGonTech.

With participants in ICT competitions Rosstat hot and cold