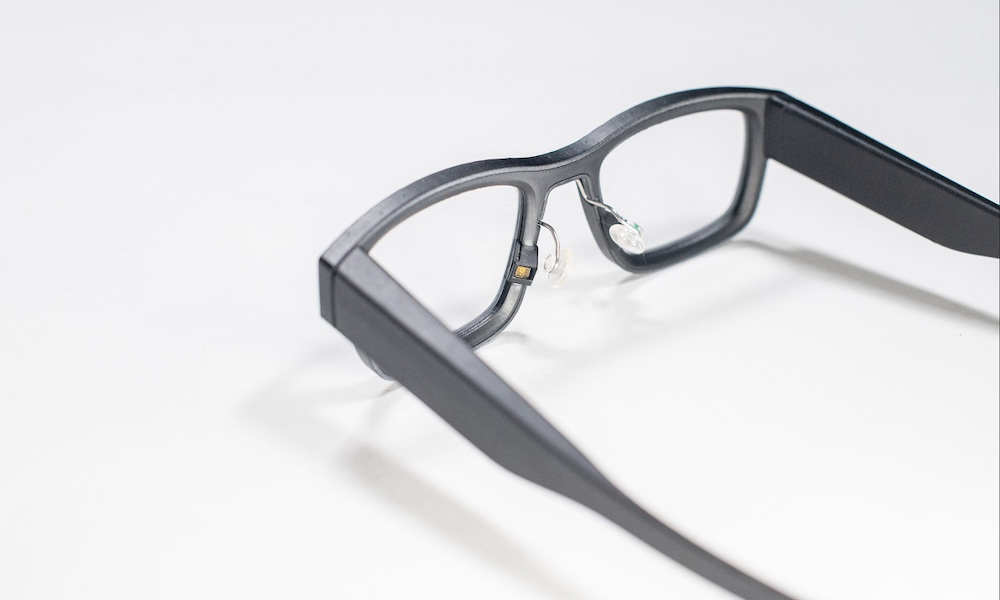 The company has developed a tiny chip that scans the surface of the eye invisible laser beams. Incident light is reflected, recorded and evaluated sensors 500 times per second. The system should work so fast to predict the eye movements of 20 milliseconds in the future.

Now Adhawk introduced its first product: glasses eye-tracking Mindlink, which should be faster, lighter and energy-efficient than previous solutions for tracking sight. According to the company, technology is suitable for glasses VR and AR.

The device can not do without an external battery, at least in its present form: in the first video of the product shown bulky glasses with cable connection.

Glasses Mindlink is now available on the official website. The cost of the device is 3500 USD. From 30 April they will be available at the regular price of $ 10,000. They have to be delivered in six to eight weeks. Glasses are compatible with Android or can be connected to a PC.

The device will be sold primarily to researchers and medical professionals who study the relationship between eye movements and neurological diseases. The results in this area should help to better understand epilepsy, anxiety disorders and ADHD, as well as to recognize the signs of Alzheimer’s and Parkinson’s.

In the future, the technology will be used in AR and VR glasses for a more exciting games, training and management interfaces.

Adhawk company was founded in 2017 by the engineer to develop chips Neil Sarkara and in the same year received funding from Intel, including in the amount of five million dollars . Another part of the investment was followed in 2019. Currently, the startup has about 35 employees.

Overview of the VR-Jurassic World Aftermath

Overview of the VR-Jurassic World Aftermath

Uncover the secret of creating a viral video!