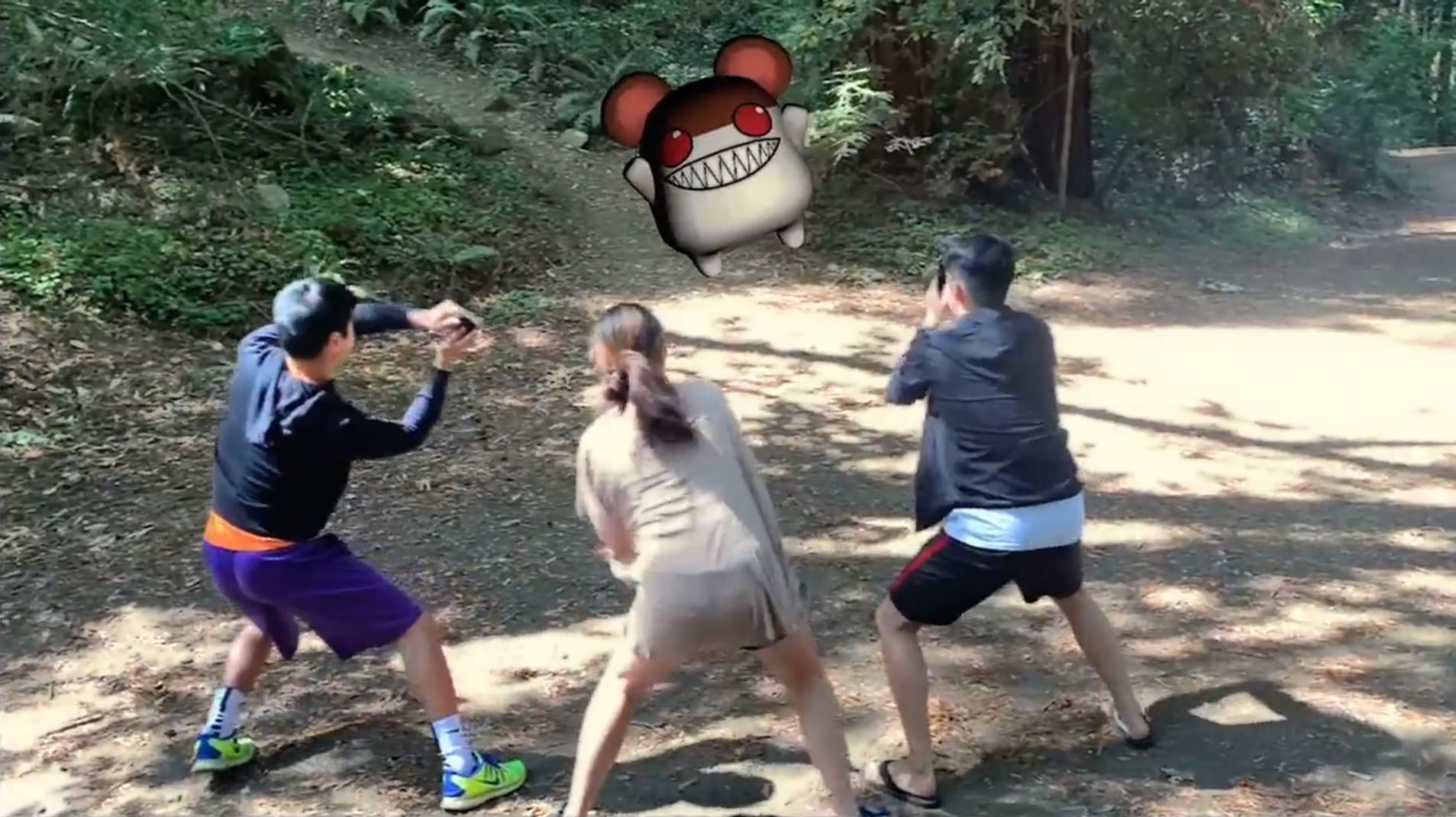 Developer Pokemon Go Niantic intends to share the platform on which he created his revolutionary game with others.

Recently, the company has posted content Niantic Beyond Reality. The developer has invited 10 independent studios to create new experiences with the AR, using the same tools that were created for Go Pokemon and Harry Potter: Wizards Unite. 300 000 dollars in prize money has been spent.

First place went to “Run to My Heart” by JC Soft. It is a mixture of fitness apps and games, in which players are fleeing to save his friends, which turned into (gasp!) potatoes. The app will teach you to accelerate the run, looking for potions and end up battling giant hamsters mutants. When you run, you find more virus that threatens the world.

But there were many other interesting projects. For example, CryptOS is a hacker game, where you solve problems of cybersecurity in the real world.

Meanwhile, Wild Sanctuary aims to bring the wonder of wildlife to the nearest street. You need to collect resources to save endangered species.

In addition, Niantic plans to launch a program Creator. It will be aimed at further assistance to the community of developers AR. Part of her proposals is the Fund Niantic Beyond Reality, which is specifically aimed at new and innovative prototypes and AR experience. Participants will also receive access to the development kit AR Niantic.

Finally, Niantic has also confirmed that opens up opportunities for sponsorship location for small and medium-sized businesses. The idea is that you can, for example, to place a sponsored site Pokemon Go on the opening day of new store.

Triton VR is a multiplayer game for the Oculus Quest