In order not to lose track of their complex IT landscapes, many companies adopt the observability concept for holistic monitoring. Which challenges and corresponding solutions currently determine the market?

Observability stands for the holistic monitoring of IT by collecting and analyzing simple and complex data.

In monitoring the behavior of software, developers and admins today have to deal with an important aspect of cloud infrastructures and applications: observability. The term stands for the holistic monitoring of IT by collecting and analyzing simple and complex data.

Observability is a core component of DevOps processes when using agile development methods. Simply put, the behavior of applications should be observed once they are in the production environment. This makes the troubleshooting process easier and makes it easier for development teams to add innovative features to their application.

Every company should therefore ensure observability in their infrastructure and applications. This task is challenging for many IT teams, according to VMware Tanzu’s “The State of Observability 2021” study. 86 Percent of IT professionals surveyed say that cloud applications are significantly more complex today than they were five years ago.

Four out of five respondents also stated that the tools for monitoring in their companies are outdated and do not support monitoring of modern cloud applications. Because the number of computing instances used daily is high: 84 percent report that they use hundreds and often even thousands (43 percent) instances.

Monitoring the cloud as a challenge

Measuring and monitoring these highly distributed applications is a major challenge for 90 percent of the companies surveyed. Individual requests to cloud services often go through dozens of different technologies. Environments with many containers or microservices have an even higher number of technologies involved in providing the services.

In addition, the agile structures in the IT organizations greatly shorten the release cycle. Every second IT team surveyed provides new releases once a week, almost a quarter (23 percent) even daily. This requires real-time monitoring for test and production systems, which supports operating and development teams in their respective tasks.

There is a lack of this, because only eight percent of respondents are really satisfied with the existing solutions. The biggest challenge is the uniform visibility across important services. Often incidents and disruptions are resolved too slowly. The reason is partly the complexity of the existing solutions: Every second company surveyed uses more than five monitoring tools, each of which only maps individual aspects.

Modern observability platforms, on the other hand, integrate different monitoring functions and offer an insight into the current state of the IT infrastructure and applications. Nevertheless, only 16 percent of the IT professionals surveyed use such platforms. However, this share will increase, because a good third of all companies intend to implement new observability tools.

This gives developers the opportunity to better adapt their application to the conditions of everyday operation by evaluating cloud metrics. For example, a ride-sharing service uses observability to find out when its service is used most, how much customers are waiting for rides, and how many rides are on the road at peak times. 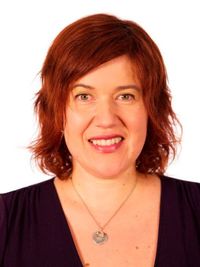 The development teams are now able to adapt the algorithms and runtime behavior of the applications to the peak loads. Ultimately, this also has an impact on the clientele and thus on sales. This is recognized by 92 percent of respondents as an advantage. The vast majority consider them valuable (60 percent) or even absolutely necessary (32 percent). The results of the study suggest that such tools will spread to all companies sooner or later.

* Stela Udovicic is Director of Product Marketing at VMware Tanzu, where she leads the Tanzu Observability by Wavefront PMM team. Prior to VMware, she was Sr. Director, Product Marketing, product, solution and partner Marketing at Wavefront. Prior to Wavefront, Stela was responsible for product marketing for Splunk’s DevOps, IT Ops, storage and networking solutions.

Secure applications as a service to the customer

Secure applications as a service to the customer

Payments with e-CNY in public transport