Oculus Quest 2 is the best VR headset you can buy

Economical, with enough power and with the ability to play without cables even computer games. The only bad thing: that’s Facebook

The Oculus Quest 2 helmet with its control knobs

It is possible that the Oculus Quest are one of the few devices that in recent years have really surprised me. Wireless virtual reality with more than good quality and at an affordable price? Go ahead.

The Oculus Quest 2 reinforces all that, because they look much better (a little more resolution and refresh rate), they continue to work without cable (although if you want to connect them to the PC, you only need to use one) and on top of that they cost a little cheaper than their predecessors.

But as always, there is a bad side, and what a uglier side: the quality of its components is a little worse and, to top it all off, it is now mandatory to use a Facebook account to access its services and even be able to make them work. Although the previous model already pointed this way, it has not been until a recent update of the same that it has been mandatory to log in with a Facebook account. If you refuse, road and blanket: you can not use them. 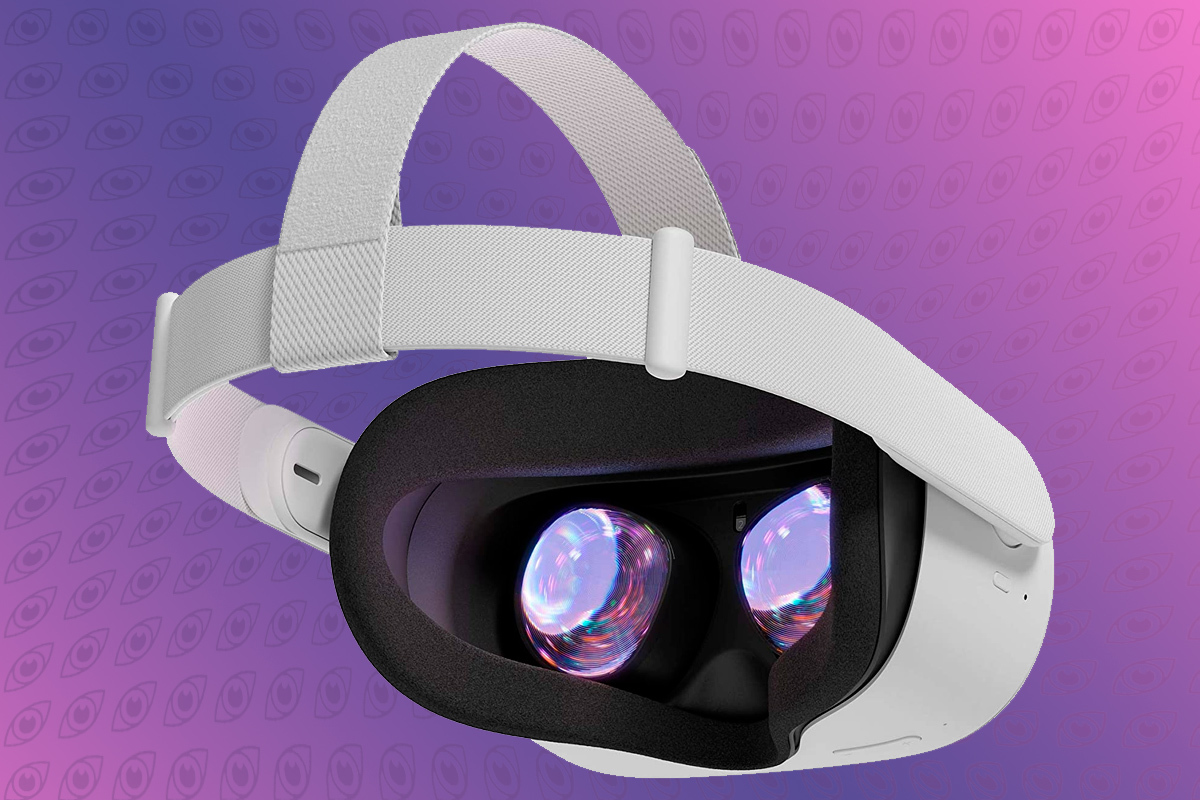 With this in mind, you know if these helmets are for you or not, because I think the only downside that can be put is that you’re going to be using a Facebook product and feeding your data and hours of play and your eye patterns and you know what else Zuckerberg’s advertising machinery.

And if I say that it is the only downside is because its screen has a resolution and a refresh rate so good that it makes it seem stupid to spend a thousand euros on a computer like those sold by Valve and other companies, with cameras, with speakers, with helmets that require cables. The Oculus Quest do 90% of the things that the most expensive helmets for 300 euros, without installing cameras and without hanging you with the cable that connects them to the computer.

They are also quite comfortable. I wouldn’t know what they played with respect to their previous model, but they stick better to my head. There are some poorly made decisions, such as that the position of the inner lenses moves by hand and making a horrible noise every time you do it or that the more advanced grip model is sold separately and is quite brittle, according to many users. 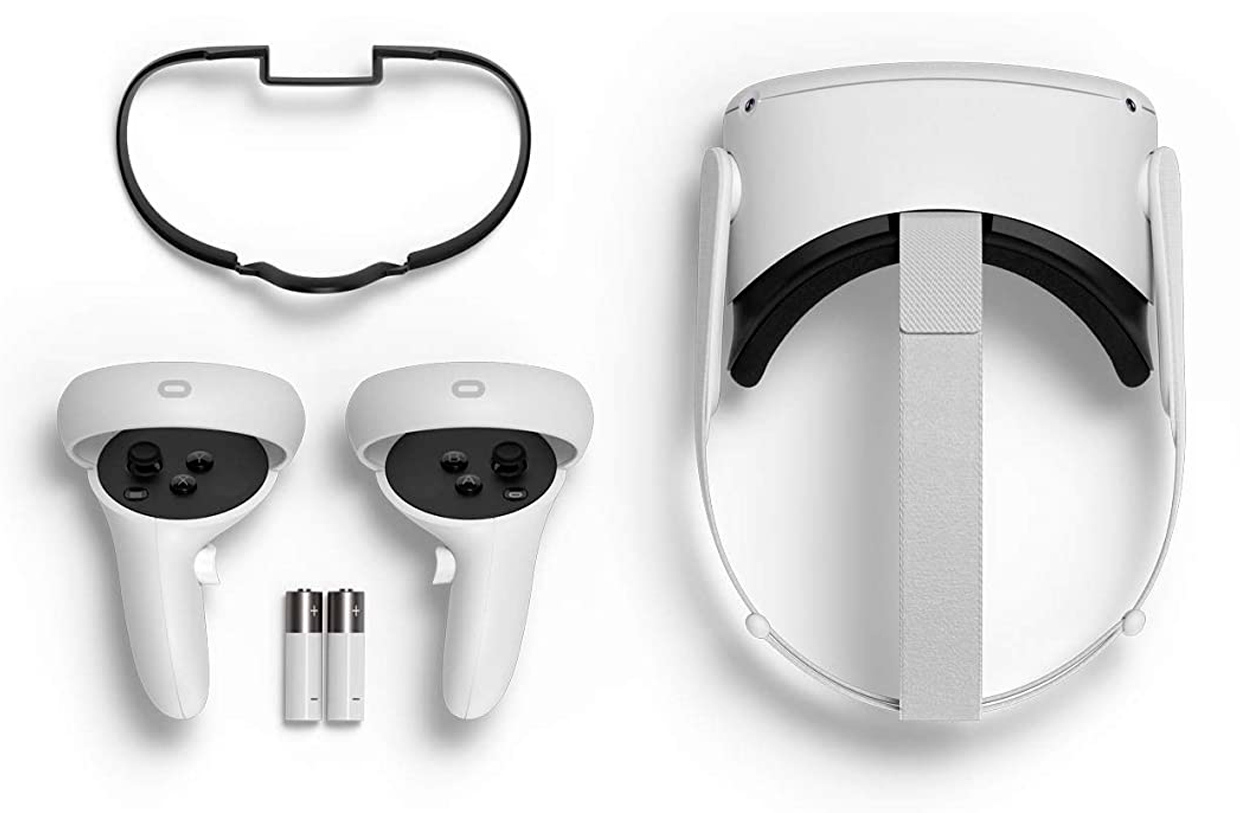 As for its games, although the number is limited, there are already enough so that you do not feel that you have thrown away the money buying a virtual reality headset, something that we have all felt in the past with its predecessors or with those of the competition. In its store, Oculus has everything from documentaries to painting shows, to fantastic games like Beat Sabere, Super Hot, Vader Inmortal, Pistol Whip, Population: One, The Walking Dead: Saints & Sinners… They all have their particularities and give a different use to virtual reality, which is appreciated because, given that they are not long games or very complex graphically, at least they are interesting and varied and unique

Oculus cannot compete in catalog with some of the great games available on computer, such as Half-Life Alyx, but like its predecessor, it is easy to connect it to computer using Oculus Link (basically, a program and a suitable long USB-C cable) to play these games. The configuration with cable is simple, but if you really want to get the most out of them on the computer, there are ways to connect them wirelessly (Virtual Desktop, basically) that have little latency, you barely lose graphic quality (something is lost, but it is not much) and that, be that as it may, compensates a lot to save you the cable and to be able to move freely. 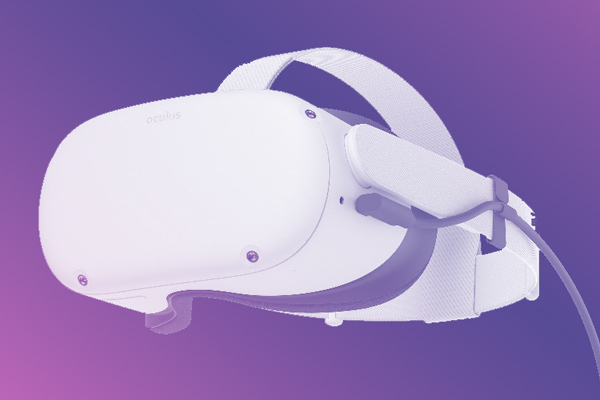 Or as freely as the room in which you play allows, of course. Like any VR device, it will require a safe space around 3 square meters, which I know is not easy to get unless you have a good living room or a good office to play with. It is possible to adapt to any limitation and the helmets itself warns you when you are dangerously approaching the limits of the safe space, so breaking the TV with one blow with one of the controllers is difficult if you have taken the right precautions.

I admit that in the end I have played more PC games than Oculus during the review of the Quest 2, and most of the time, pulling WiFi and without cables. The process is four clicks and, being close to the router, it is possible to play without lag and without cuts in the image.

That’s why I consider it the best VR headset you can buy. There are more comfortable, better quality components, better screens and that do not require you to sell your soul to Facebook to use them, but they are more expensive and can not be used without wires easily.

If you are interested in the world of virtual reality and have a powerful computer to run these most demanding games, with the Oculus Quest 2 you have everything you need to play real gems like Half-Life: Alyx, which is one of the best video games of the decade and the second best of last year, according to our list.

According to the criteria of

An AI-based translator for over 2,000 African languages