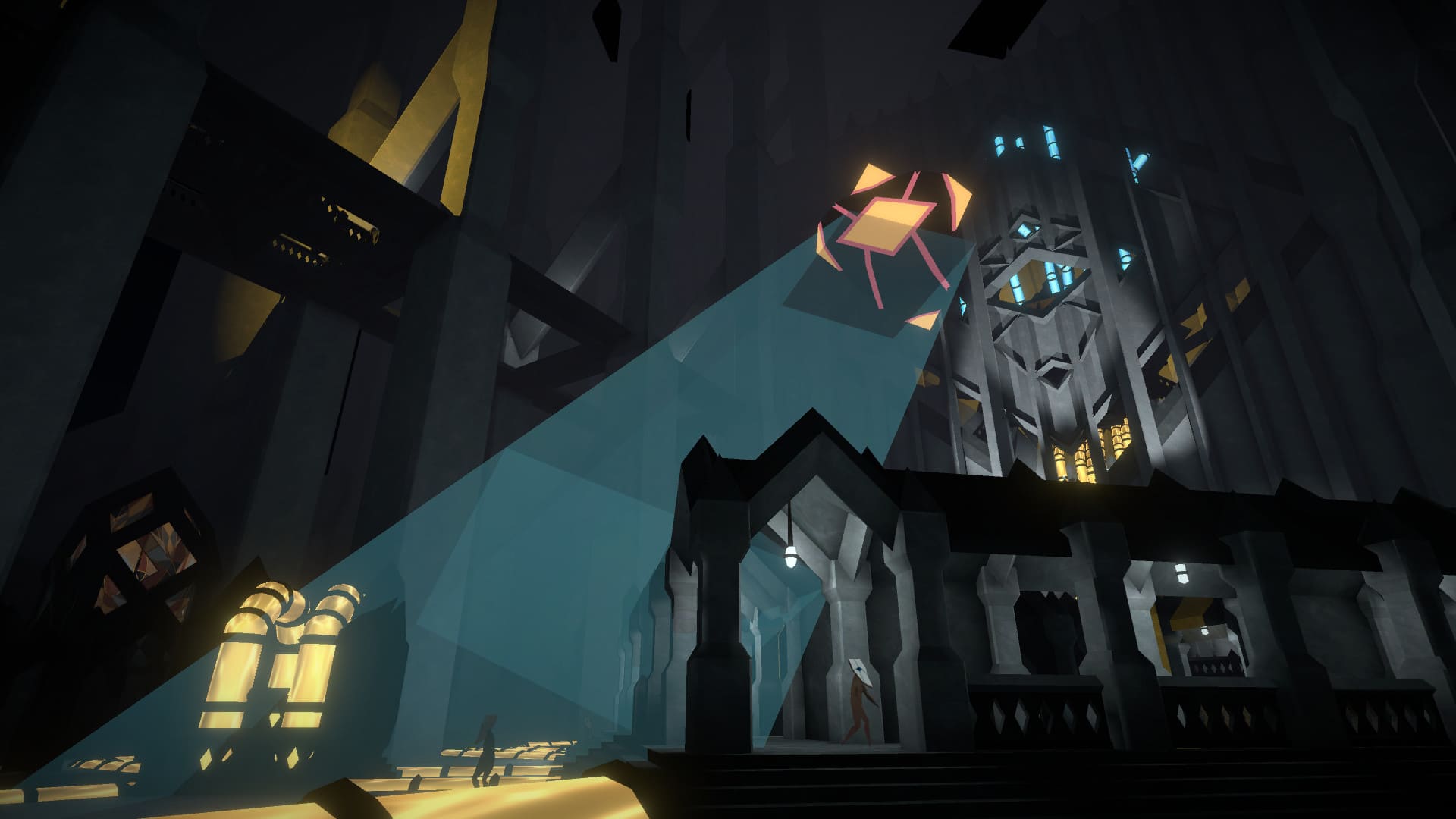 Game for PC VR from the Belgian Studio Team Panoptes will receive a full release on Steam on October 8th. Title first appeared in early access on Steam last year, and since then, the developer is constantly expanding and renewing it. Now he’s ready to come out of the pre-release.

Panoptic is a promising local multiplayer VR game in which one player dons the headset and the other uses a traditional computer monitor. While most of the VR games that use this approach have joint gameplay, Panoptic really is an intriguing and competitive game. VR player takes on the role of a huge “prison warden” which uses a headset to find another player playing the tiny role of “Challenger”.

Panoptic is built around a kind of game of cat and mouse. The player on PC to avoid detection, mingling with other NPCs littering the game world, hiding behind obstacles and hiding in the shadows in the hopes of destroying the energy sources of the warden. The warden can shoot a contender with a laser beam that will destroy it in one hit, so be careful.

The game supports the Oculus Rift, HTC Vive, Valve Index and WMR. While there is no word about a possible version of PSVR, although it looks like the game is quite suitable for this. The option with the Oculus Quest looks much more difficult to implement.