Paving the Way for Blockchain-based Currencies

The popularity of blockchain, cryptocurrencies and central bank digital currencies, CBDCs for short, has been steadily increasing. How can the financial industry lay the foundations to bring this technology into the mainstream?

Many companies are already experimenting with distributed ledger technology, conducting pilot projects or entering into partnerships.

The momentum around the supposedly new digital currencies comes largely from the enthusiasm for the underlying distributed ledger technology (DLT). It records the details of transactions transparently and distributes them to all participants in a common network.

Since each person or entity in the chain has its own transaction record, it is difficult to forge records; a potential hacker would have to change most of the ledgers in the chain, and not just a single, centralized one. Therefore, the technology has a reputation for being fast, transparent and secure.

In view of the growing hype, more than 86 percent of central banks worldwide have now started researching CBDCs. In contrast to cryptocurrencies, a CBDC is central bank money that has the same exchange characteristics as fiat money, i.e. government-issued money that has been established as legal tender, such as the euro or the US dollar.

Simply put, a CBDC could be used like a digital banknote, either by private individuals (CBDCs for private customers) or for transactions between financial institutions (so-called CBDCs for large customers). However, transactions with CBDCs or other digital currencies require a stable ecosystem.

Regardless of whether it is about the simplified exchange of existing cryptocurrencies or newly developed CBDCs, financial services companies, universities and governments play an important role in shaping this ecosystem. They must provide the payment rails and security necessary for the functioning of digital currencies.

Many companies are already experimenting with distributed ledger technology, conducting pilot projects or entering into partnerships with other companies or institutions. For example, Mastercard, the global payment solutions company, is working with several major central banks around the world and has already set up a test platform in a simulated environment. Mastercard will soon begin to support selected digital currencies directly in its own network.

Mastercard, which is currently one of the ten largest blockchain patent holders in the world, has also filed a patent for a system that connects cryptocurrencies to a fiat account, working with London-based cryptocurrency specialist Wirex in the process. The result is the first native cryptocurrency platform that directly issues payment cards that allow consumers to convert cryptocurrencies into conventional fiat currency.

Elsewhere, companies are also trying to meet the need for larger transactions between financial institutions. For example, the Citi Innovation Lab Dublin has partnered with Nasdaq to introduce a blockchain-based solution for automated payment processing.

This is intended to enable end-to-end processing and automated reconciliation using a distributed ledger for recording and transmitting payment instructions. This allows companies such as Nasdaq Private Market to meet the liquidity challenges of private securities by streamlining payments between multiple parties.

Together we are strong

In addition to the established players, the innovative fintech sector also plays an important role. For example, Ireland-based blockchain software company R3 offers a DLT platform – Corda – that works with a global ecosystem of over 400 companies and institutions from various industries. The Corda platform enables banks and financial systems to operate in a connected and interoperable manner.

As a result, process costs are reduced, which are incurred, for example, when trading assets and money transfers. At the same time, the platform was developed to give customers the opportunity to make transactions quickly and securely, while coping with the intricacies of complex and highly regulated markets.

R3 is also working with Mastercard to develop better cross-border business-to-business (B2B) payment solutions involving DLT. The planned solutions are aimed at connecting payment systems and banks more quickly, as well as limiting processing costs and problems with connections between banks and clearing systems. R3 was also instrumental in the first test phase of the e-Krone with the Riksbank, the central bank of Sweden.

The European Central Bank (ECB) is also investigating the digital euro and has set up a high–level task force on CBDCs, to which two leading payment transaction companies have been invited – Stripe and Fexco, with whom IDA Ireland is also working – to advise and participate in the design and dissemination of a digital euro.

Elsewhere, the interface between Web 3.0 and crypto and digital currencies is gaining in importance. Leading players such as Meta are driving the vision of merging our lives with the virtual world (also called the metaverse) for social contacts, entertainment and business. Meta’s development of the Novi wallet (for the Libra digital currency) is led from Dublin.

Techstars, one of the world’s leading companies providing funding and mentoring for start-ups, announced a new location with a focus on Web 3.0 in Dublin for March 2022. The Dublin office will work with entrepreneurs developing blockchain technologies and tokenization protocols and will operate together with Alphabit Fund, a regulated investment fund for cryptocurrencies and digital assets, as well as Launchpool, a regulatory-compliant investment platform.

In this rapidly evolving field of digital currencies, a supportive environment, legal framework and access to a talent pool are crucial for companies. According to a recent study by the Economic and Social Research Institute (ESRI) with the support of Blockchain Ireland, an industry-led group, the labour market for blockchain skills in the European Union was examined.

The vast majority (71 percent) of the companies surveyed saw blockchain knowledge as a key component. However, more than half (51 percent) said that they have difficulty recruiting skilled employees with the necessary skills.

The academic world and the talent pipeline are increasingly adapting to this demand. For example, Irish universities are working to support the development of the blockchain sector as the Irish government pushes for more industry-oriented higher education programs to ensure that the workforce keeps up with the industry’s skill requirements.

This has spawned a number of crossover projects between business and academia. Technology Ireland ICT Skillnet, for example, has launched Ireland’s first Blockchain Master’s degree programme in cooperation with Dublin City University, while Dundalk IT has introduced a certificate in blockchain and distributed ledger technology.

In addition, the Centre for Applied Data and Analytics (CeADAR) at University College Dublin has collaborated with world leaders in the financial services sector on various blockchain projects, giving PhD students valuable insight into the practical applications in the industry.

Separately, the Central Bank of Ireland has set up an Innovation Hub that provides a framework for cooperation outside the formal regulatory approval procedures for fintech innovators. In this way, she has studied the global regulatory framework that is being created for cryptocurrencies. 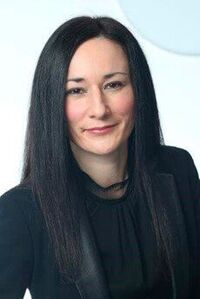 These are just a few of the examples that are taking place in Ireland regarding the development of blockchain and digital currencies, and there are many more around the world. With a highly skilled talent pool, a vibrant ecosystem and a strong regulatory environment, Ireland is well positioned to drive the next wave of technology that will usher in this new era of digital currencies globally.

* Nicola Stokes is a Financial Services Technologist at IDA Ireland.

What is JavaScript? Definition and explanation

Perception Neuron, about to ship

How to completely delete / format your hard drive

The new algorithm that challenges the minds of criminals