Non-fungible tokens (NFT) in combination with blockchain technology and cryptocurrencies create a new way of gaming and rethink conventional game models. Moving away from free-to-play and pay-to-play to games, often referred to as play-to-earn games, in which players own gaming items on the blockchain and can receive rewards in the form of NFTs or cryptocurrencies for their achievements.

What has been largely negatively received by the gambling community so far – there is always talk of pure greed for money – can already flush a lot of money into the wallet of one or the other speculators today.

Below we look at the five largest tokens by market capitalization of the play-to-earn sector.

Decentraland is currently the undisputed number 1 in the crypto gaming sector and can best be described as the decentralized answer to the game classic Minecraft.

However, unlike Minecraft, in Decentraland almost everything is an NFT. Players can buy, sell or cultivate digital land within Decentraland to create virtual casinos, museums or other things.

The MANA token forms the heart of Decentraland and serves on the one hand as a utility token (means of payment) and on the other hand as a governance token with which the holders can actively participate in the future development of Decentraland. 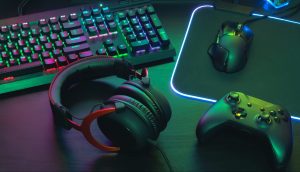 When talking about crypto gaming, sandbox should not be missing. The game is similar to Decentraland in many ways and, thanks to Snoop Dog and other celebrities who have discovered the virtual playground for themselves, it is also familiar to many outside the crypto gaming scene.

In addition, Sandbox can score points above all with strong cooperations. In addition to Binance, the rapper Snoop Doog, the DJ Deadmau5, companies such as Samsung, ATARI, LG Technology Ventures, Adidas and recently also the TV chef Gordon Ramsay are among the partners of the game. 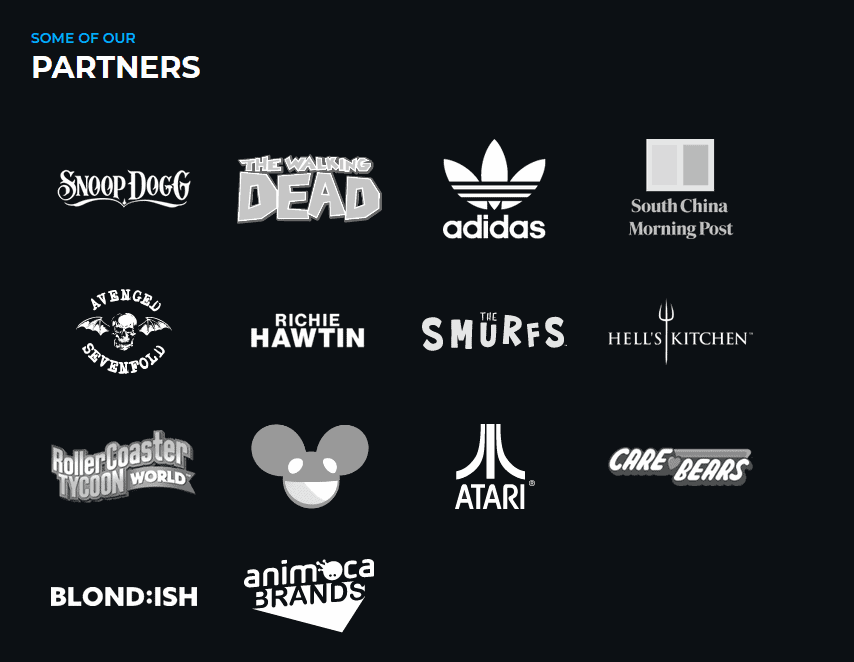 Axie Infinity is one of the first and at the same time the most successful play-to-earn games within the entire crypto space. Similar to the gaming Evergreen Pokémon, Axie Infinity also focuses on cute monsters that are bred, traded and sent into battles by players.

However, unlike Pokémon, the little monsters (“Axies”) are immortalized as non-fungible tokens according to the ERC-721 standard on the Ethereum blockchain. As a result, they are really unique compared to “normal” gaming characters or game items and cannot be replicated and changed at will.

In addition, users can buy virtual land, train their pets (axies), develop them further and have them compete against each other to generate cryptocurrencies.

Gala Games is a platform where users can play a variety of crypto games. However, unlike gaming platforms such as Steam or electronic Arts, all games from Gala Games are based on blockchain technology.

In addition, all games from Gala Games are free-to-play, whereby only two games out of a total of 12 planned games can be played. All other video games are still in the development phase. Gala Games partners include AMC Networks, Opera, Ozys, Peter Molyneux, Will Wright and C2 Ventures.

The GALA token has several features in the ecosystem of Gala Games’ gaming platform. On the one hand, it serves as a means of payment for NFTs and as a reward for completing missions in the various games of Gala Games. On the other hand, GALA can be staked, which gives owners a say in the development of Gala Games.

Increase Your Cryptocurrencies with Staking

Users of eToro can easily benefit from their crypto holdings. With its own staking service, users can easily, securely and easily increase their holdings of crypto assets. We have taken a close look at eToro.Go to the eToro Review

BinaryX is the project behind the play-to-earn game CyberDragon on the Binance Smart Chain (BSC). The game is a classic MMORPG (such as World of Warcraft), which has integrated DeFi elements in the gameplay in addition to NFTs.

In CyberDragon, players can create characters, acquire rare equipment and fight in dungeons. The goal is to defeat the cyber dragon, which is the final boss of the game. The game is still in beta at the moment, but you can already get some insights into the game on Youtube and Twitter.

Let’s take a sneak peak at game first!🔥Are you ready to summon your heroes, and enter the battlefield, commanders?⚔️
✅Yes
◻️No pic.twitter.com/eShmSPnKHF

In addition, BinaryX’s game has a dual-utility token system similar to Axie Infinity, with BNX being the governance token and GOLD and CRYSTAL being the two utility tokens used within the game’s economy.

You want to buy cryptocurrencies?

eToro offers investors, from beginners to experts, a comprehensive crypto trading experience on a powerful yet user-friendly platform. We have taken a close look at eToro.

Go to the eToro Review