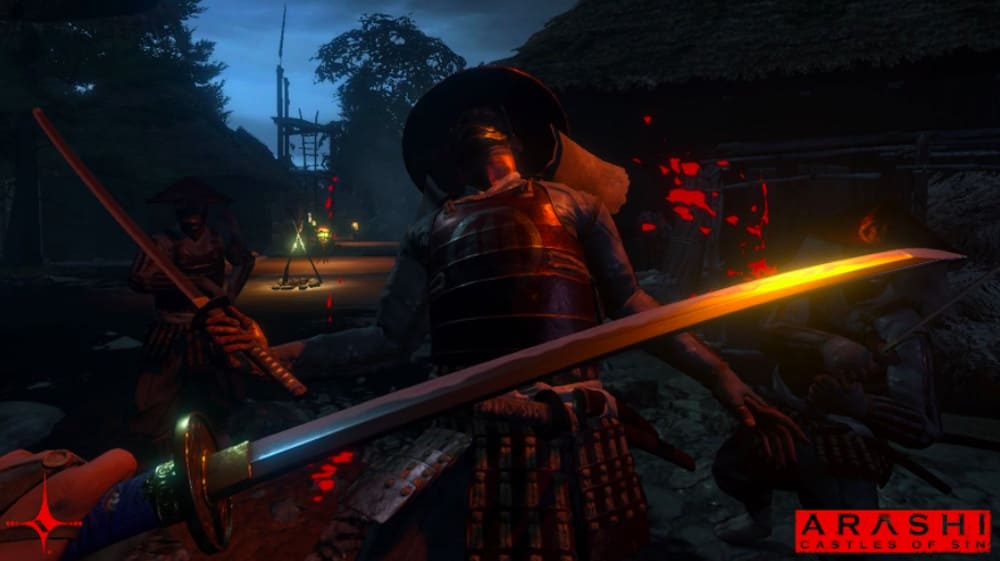 In the latest release of PS VR Spotlight, Sony is once again introducing new VR games and trailers.

Arashi is a newly announced stealth sandbox game created from the ground up for virtual reality, set in feudal Japan. You will play the role of Kenshiro, an elite shinobi and the last surviving son of the Arashi family. Together with your partner-the wolf Haru, you will return the castles of noble families captured by bandits.

“It is up to you to decide how and by what methods you approach your mission. Do you attack your opponents head-on? Do you use light and shadow to stay unnoticed? Or do you rely on distraction and just avoid opponents that are hard to beat? The decision is up to you, ” reads the description on the Playstation blog.

Arashi: Castles of Sin will be released on Playstation VR in the summer of 2021 .

This game has already been announced and will also be available exclusively for Playstation VR. It is being developed by Trebuchet, the studio that created Prison Boss VR .

In Winds & Leaves, you will become a gardener who will breathe life into the world of barren and dusty hills. To do this, you have to collect life-giving energy and plant trees. Each blooming forest becomes a shelter, serving as a starting point for further exploration. You’ll encounter tall, ancient buildings that will give you new skills, strange biomes that require unusual seeds, and changing weather conditions that create their own challenges for the flora.

In the heart of the steppe, you will often cross the central point of contact — the garden. This is a picture of your gardening work, which you can design as you wish.

“Winds & Leaves” will be released on July 27. The next trailer is new. More information about the game can be found on the Playstation blog.

The four-player co-op shooter is set in a post-apocalyptic Los Angeles that is inspired by the 80s and covered in ice. Almost 20 years after an unknown disaster, the city is teeming with violent, once-human beings. They have driven humanity underground, where they are fighting a fierce battle for survival.

As a player, you are one of the few who are brave enough to explore the cold ruins. The remnants of humanity rely on you to find resources in these monster-infested zones. In return, you will be rewarded with a larger and more powerful weapon, with which you can defeat your enemies.

After Fall is developed by Vertigo Games, which developed the cooperative zombie shooter Arizona Sunshine. On the occasion of the PS VR Spotlight, the studio publishes a new video that details the game world, opponents and weapons. The game will be released this summer for Playstation VR, PC VR platforms, and Oculus Quest.

You can find out more about After The Fall on the Playstation blog.

Fracked is said to offer tremendous freedom of movement: the game combines fast and addictive running and hiding style gameplay with wild shootouts, freerunning, skiing, rock climbing, as well as base jumping and ziplining that are fully integrated into the gameplay. The goal of the developers was to combine the game’s mechanical depth and freedom of conventional games with the immersion and control we know from virtual reality. Fracked can only be played with Move controllers.

The plot in a similar form is known from other action games: an object deep in the mountains was captured by an army of madmen. You must repel the attack.

Fracked will be released exclusively for Playstation VR in the summer of 2021. The next trailer is new and focuses on the gameplay. You can learn more about the game on the Playstation blog.

In this game, you will play the role of Asher Neuman, who has to travel through time with the help of a rattling wristwatch to prevent the destruction of human civilization. We meet Nikola Tesla, find ourselves on the Moon, decipher ancient symbols and cheerfully drum in front of thousands of spectators at the famous Woodstock Festival.

The title is based on a combination of quest puzzles and action elements. Asher also needs to connect items from different eras in innovative ways to advance the story. Developers of New Zealand indie studios Oddboy and M Theory set aside the game time from five to seven hours.

In the new trailer, the team will show even more unique characters and puzzles that are waiting for you in the game. The title, which was announced in the spring, will be released in the third quarter of 2021 for Playstation VR, PC VR platforms and Oculus Quest.

You can find more information about the game on the Playstation blog.

The successful game brand Sniper Elite will move to Playstation VR and other VR platforms in the summer.

The action takes place during the Second World War. You will experience an exciting story from the point of view of an Italian partisan who rebelled against the fascists. The game was developed from the ground up for virtual reality and supports a aiming controller, which should make the sniper gameplay even more realistic.

For virtual mobility, Rebellion has implemented a range of movement and comfort options in collaboration with Just Add Water and Coatsink. So you can choose whether you want to move smoothly or by teleportation, and you can set different parameters according to your needs and sensitivity.

Sniper Elite will be released on Playstation VR, PC VR and Oculus Quest platforms on July 8. You can find out more about the VR game on the Playstation blog.

Survios and Taito are now releasing a Japanese post-Oculus Quest puzzle game for Playstation VR. For the first time in the history of Puzzle Bobble, bubble puzzles take on a three-dimensional shape. This creates new challenges that will test the skills of both experienced veterans and newcomers.

Puzzle Bobble 3D: Vacation Odyssey will be released on Playstation VR in 2021. More information about the game can be found on the Playstation blog.

The stream processing engine Apache Heron can do this