At a time that seems extremely distant today, Facebook controlled the entire world of social networks: everyone used the app all the time. However, today the reality is very different, since only 30% of young teenagers remain faithful to the original Zuckerberg network.

An investigation by the Pew Research Center on the use of social networks in young people this 2022 revealed that Facebook continues to lose followers as the generations pass. Only 32% of 13-17 year olds use Facebook, compared to 71% in 2015. Other social networks that have been affected have been Twitter, which dropped from 33% to 23%; and Tumblr, which dropped from 14% to 5%.

The social networks that have improved over the years are a little more recent: YouTube is used by 95% of young people, while TikTok by 67%. Instagram and Snapchat, which already had a presence in 2015, also rose (52% to 62%, and 41% to 59%, respectively. 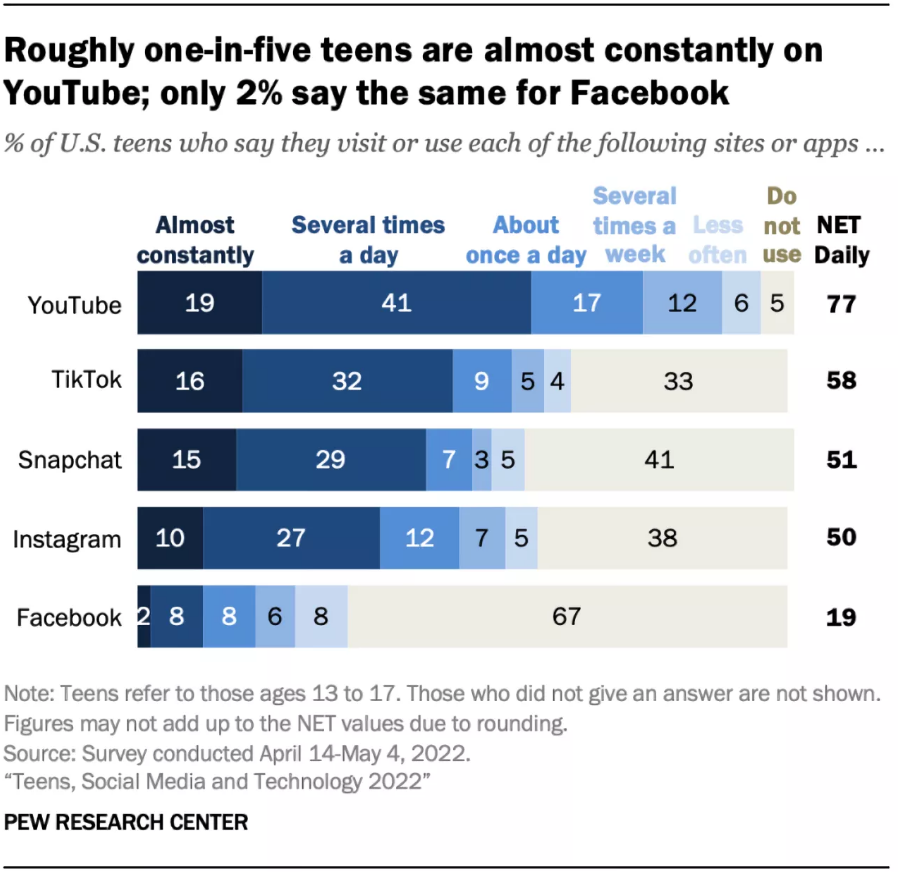 Finally, the study also asked young people how difficult it would be for them to leave social networks. 54% mentioned that it would be very difficult, in fact 36% think they spend too much time on them.

As much as Facebook is trying to stay on top, this seems increasingly complicated.

If you’re interested, you can read the full study here.