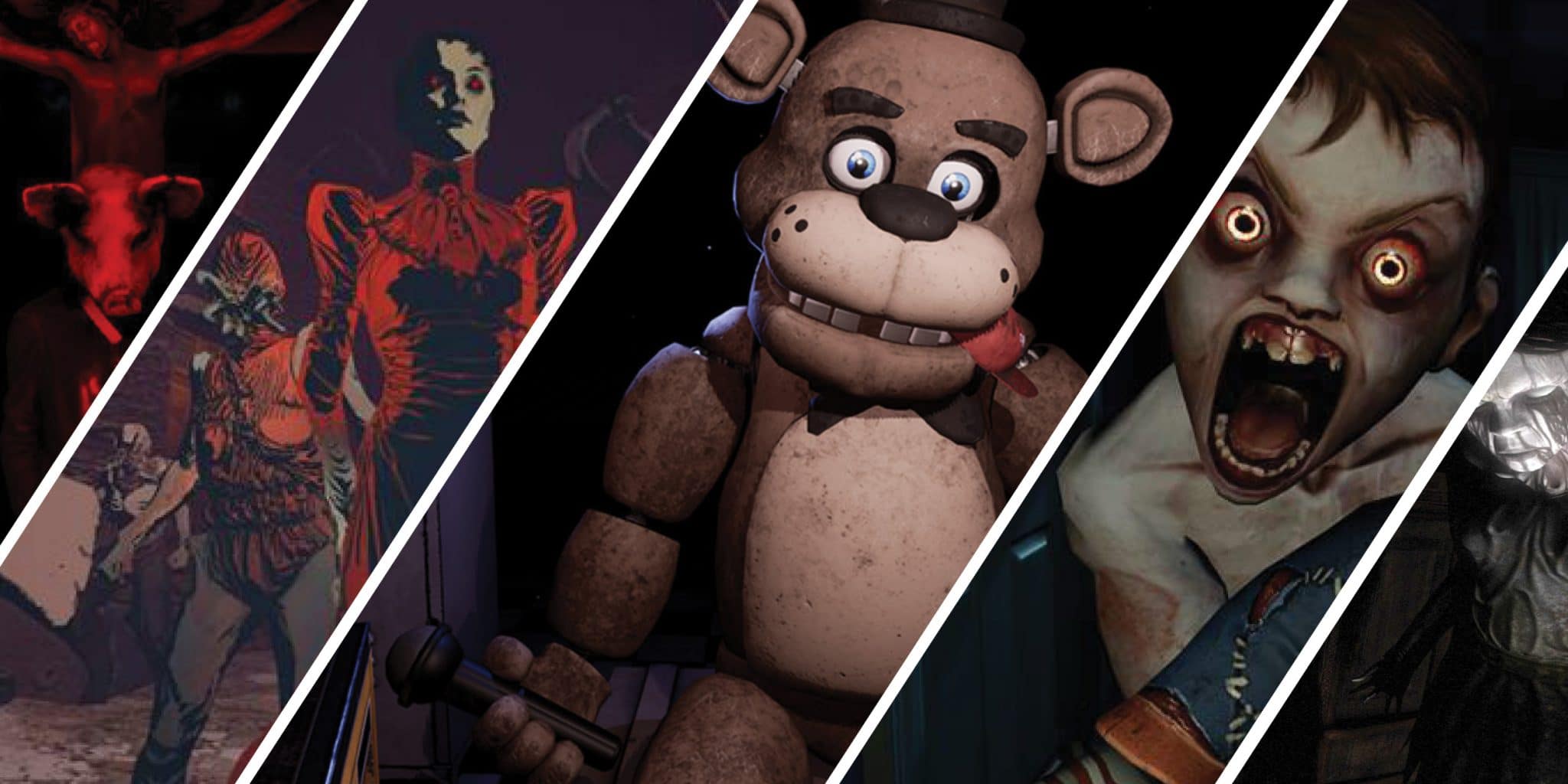 VR-horror category of games, which found a large army of fans, despite the fact that often you need to have nerves of steel to experience the spine-chilling virtual experience.

In the compilation below are 10 of the best VR games, which cover several sub-genres of horror and thrillers.

By coincidence or not, but most of the following games support all major VR headsets, including SteamVR, the Oculus PSVR and Quest. And there’s only two games focused on a certain platform, but they are simply impossible to miss.

Where other zombie games might not have been able to provide a good balance between high horror and total fun, The Walking Dead: Saints & Sinners did perfectly. Log in to post-apocalyptic New Orleans in the role of “Traveler” in this single-player role-playing game, dealing with a truly deadly hordes of ghouls.

The creators of the famous game Five Nights at Freddy’s, Steel Wool Studios did the unthinkable and created a version for all major VR headsets.

Take one part Soviet brutalism, two parts puzzle-adventure mix them in a quiet atmosphere mysteriously abandoned extraterrestrial colony and garnish with a piece of spying during the cold war. So will the sci-Fi Thriller Red Matter.

Zombies popping up left and right, ending ammunition — nothing more to say about the story of the cooperative shooter Arizona Sunshine from the Vertigo Game. We need only add: practice to shoot in the head.

In fact, this simulator haunted houses in the Affected you are traveling on the many trails and obstacles on your way through a series of classic horror. Only able to see with candles simultaneously adds to the immersion and reduces the sanity of the user.

The Room VR: A Darkmatter

This puzzle allows you to return to London in 1908. As a detective you have been assigned to investigate the disappearance of a respected Egyptologist, exploring mysterious places and make an otherworldly discovery that blurs the line between reality and illusion.

Shooter Sólfar Studios-soaked Gothic horror. To no avail, you fight increasingly powerful monsters with his bow, and all this is reflected in the system of progress based on achievements, which is moving in between gaming sessions, revealing more of the invisible horrors.

Split into five chapters with their own stories, The Exorcist: Legion VR will offer a variety of demonic creatures, tools of the exorcism, hidden artifacts and atmospheric locations.

Lies Beneath — exclusive to the Oculus

In this horror survival inspired by the graphic novel, you travel through the levels, plunging into the psyche of the main character Mei. Collect a full Arsenal of weapons, fighting with different monsters, because they all seek to put an end to your search of salvation.

Despite the fact that the game is four years old, she gets in this list, because Resident Evil 7: Biohazard is still worth your time.

Panasonic tests its robot-waiter in a hotel and an airport

How much truth is there in the Bitcoin narrative?

Find everything from Scotty Cameron products to mobiles online