Turnover of the chip specialist collapses

Cars, mobile phones, coffee machines and robots: Hardly any electrical device can do without memory chips. The latest results from Micron are correspondingly worrying for the global economy.

The business of the American memory chip specialist is running much worse than analysts had expected. The fourth-largest semiconductor manufacturer in the world expects for the current quarter, it began on September 1, with sales of 4.25 billion dollars. This is two billion less than the bankers on Wall Street had predicted, and corresponds to a decline of 45 percent compared to the previous year. “What surprised us is how strong the decline is,” said Sumit Sadana, the Executive Board Member responsible for operations.

The boom of the past two and a half years in the chip industry is over. The memory chips are stacked in the warehouses of the electronics manufacturers. High inflation worldwide is dampening demand for PCs and laptops, according to market researchers at Trendforce. They expect a price drop of 13 to 18 percent in the fourth quarter for the widely used, so-called DRAM memory chips.

“Looking ahead, overall economic uncertainty is high, and it’s hard to predict what’s coming,” Chief Financial Officer Mark Murphy said. Important customers of the chip industry such as Apple do not increase their orders as planned, but at best buy as many chips as in the previous year.

According to the Bloomberg news agency, the US group had recently cancelled its plans to increase production of the new iPhone 14 smartphone by up to six million units in the second half of the year. The expected surge in demand had failed to materialize.

Micron will shrink by a third

Apple is still doing well compared to other customers of the memory chip manufacturers. For example, notebook manufacturers delivered a quarter fewer devices worldwide in the second quarter than in the previous year. Smartphone production has fallen by six percent. 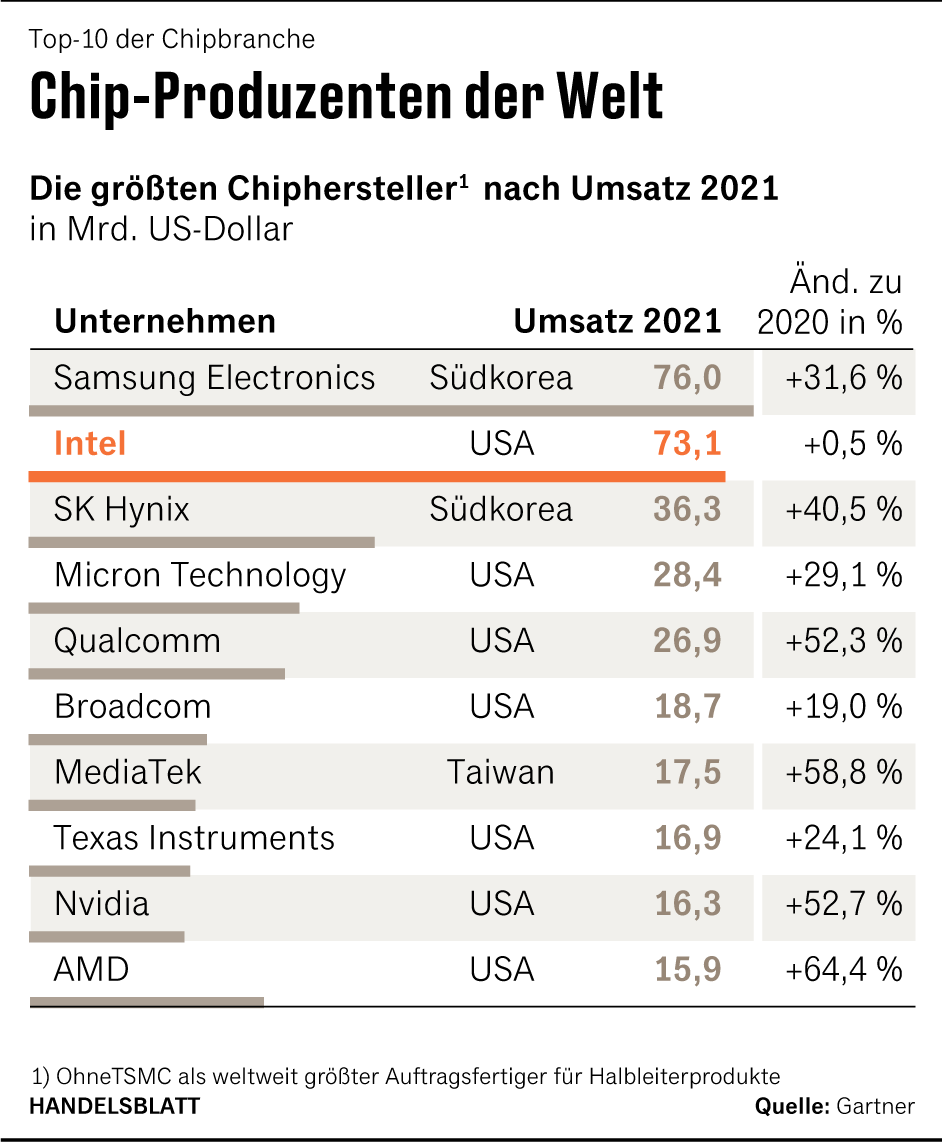 There is no improvement in sight. Analysts at Morningstar expect Micron’s sales to fall by almost a third in the financial year just started. The most important competitors, Samsung and SKhynix from South Korea, have already warned of a tough business at the end of the year.

Micron CEO Sanjay Mehrotra announced that he would cut investments by 30 percent: “Yes, we have a challenging market environment, but we are reacting quickly.“ However, the cuts will only stop the price decline if the competitors follow suit. Memory chips are standard products that are interchangeable.

Apparently, the two major competitors from South Korea have already reacted. For example, the production of semiconductors in the country fell by 1.7 percent in August. This is the first decline in more than four years. In July, the statistics office recorded an increase of 17.3 percent.

Japanese rival Kioxia announced on Friday that it would cut output by 30 percent by December. This leaves manufacturers with the hope that prices will stabilise if emissions fall and the warehouses empty.