Update Beat Saber: 90 Hz for Quest 2, the launch of the Oculus Group and more 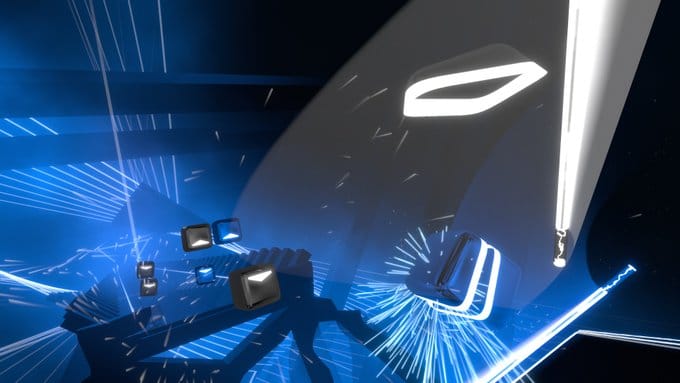 Beat Games has unveiled the latest update of its big VR hit. Although it applies to all platforms, the main new feature is support 90 Hz for the users of the Oculus Quest 2 — a function that many users have been waiting for since the launch of the headset in October of last year.

Previously Beat Saber on a Quest operated at a frequency of 72 Hz, which is a limitation for the original headset. Quest 2 was released with a display with a frequency of 90 Hz in 2020, but did not allow developers to implement support for up to several weeks after launch. Support 90 Hz in the Beat Saber means that the game will run more smoothly than the earlier standalone headset, but please note that this feature is exclusive to the Quest 2 — you can’t reach 90 Hz in the original Quest.

Most other modifications are still belong to Oculus. Now there is support for running Oculus Group, allowing you to go directly to a multiplayer game with friends in the group Oculus, and the other players can now start the game right on your private server.

Out Oculus update adjusts the No Fail modifier, apply a multiplier of 0.5 x only after you exhaust all your energy, and returns statistics of the player. Beat Games also recommends checking the patch notes for your version of the game and subject to further changes.

Beat Games recently belongs to Facebook, so no wonder it Beat Saber got so many Oculus-specific features. Meanwhile, fans of the PSVR still waiting for multiplayer support, which has been postponed to 2021 a few months ago. In 2021 will also be released the fourth official addition to the game, which will include several “guitar” songs.