Viveport Infinity reduces the cost of the annual subscription of 75% 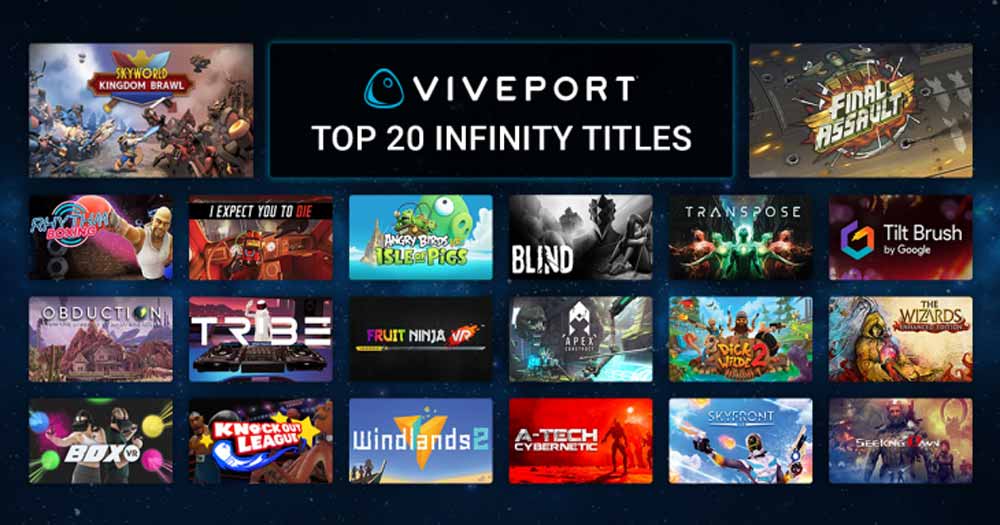 With Viveport Infinity, you have full access to almost 1000 VR applications, including many well-known VR-games. HTC is now offering its VR-subscription in the style of Netflix for a short time at a low price.

Available games include such titles as:

Viveport supports almost all VR glasses that can be connected to the PC: Oculus Rift S to HTC Vive Cosmos and Valve Index. Oculus Quest through the Oculus Link is also supported.

You want to see what other applications of virtual reality are available in Viveport Infinity? Then look in here.

Viveport Infinity as ever

Action “Play at Home” is valid until Sunday, April 19, and includes an annual subscription for the price of 2100 rubles. This means that you have full access to the VR 1000 applications for one year. Regular price for annual subscription is 8400 RUB. This way, you save 75%.

A monthly subscription still costs 990 rubles For comparison: if you buy the annual subscription before 19 April, you only pay 175 rubles a month.

HTC wants to offer additional discounts after the end of the campaign, but they will not be as generous.

You can get an annual subscription to Infinity on the official website.

Google also removed the app Fortnite from their store