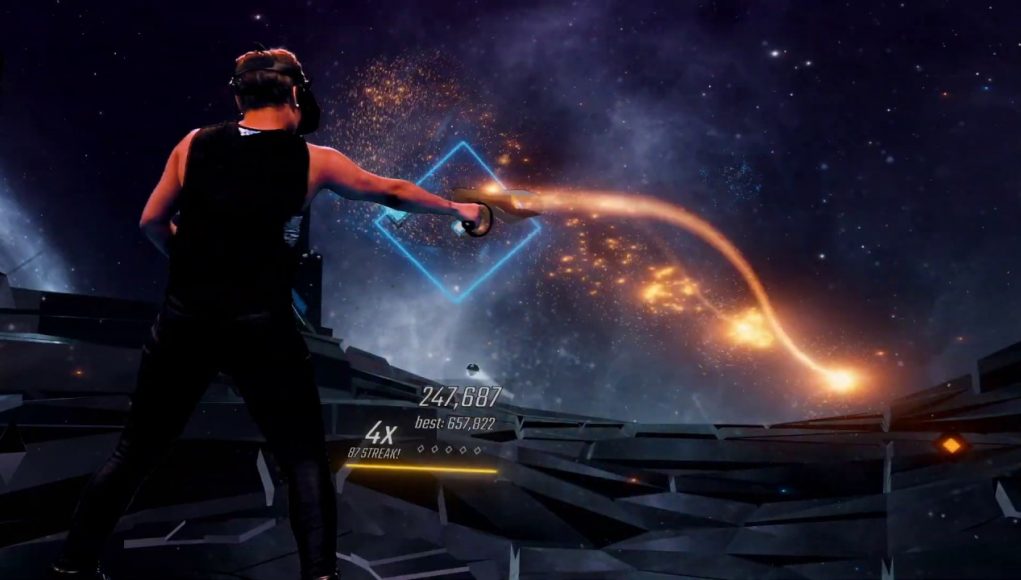 Audica (2019) , a virtual “rhythm shooter” from the Studio Harmonix Guitar Hero, was officially released on the Oculus Quest 28 Jan. As noted in a recent tweet the Studio also includes a cross-buy version of the Rift, available through the Oculus Store.

Audica first released version for PC VR in March 2019, and then at the end of last year on PSVR, the result of which was released four songs exclusive to the PSVR, as well as five songs paid for DLC such as 5 Seconds of Summer, Ariana Grande, Billie Eilish, Imagine Dragons and Post Malone.

Version Quest appeared along with four new paid-for DLC tracks and four free songs for DLC that was once exclusive to PSVR.

In Audica players shoot and break targets to the beat of the soundtrack; your goal is not only to shoot to the beat, but to do it accurately.

The store page for Oculus version Quest here . The game is worth the same $ 30 as the version Rift for new players, or free if you already have it on the Oculus platform.

Rambler Group Vs. Nginx: will there be a continuation of the story?