After a series of gamer’s day celebrations, Western Digital announced a pair of devices, which are integrated into its line of gamer equipment, each focused on offering the best speed, as well as the best durability.

The new devices focus on providing better stability when playing, as well as an improvement in heat dispersion, which avoids integrating a separate or dedicated cooling system, so gamers can rest easy on this issue.

On the one hand, the SN850 NVMe is optimized to offer superior performance, as this is a fourth generation PCle SSD, to give a reading speed of up to 7300 MB / s. In addition, it has minimal latency, as well as predictive loading of games, which translates into a decrease in loading times.

This same hard drive provides a downloadable dashboard, which will allow you to start the “Game mode 2.0” to improve the performance of the PC, to play, transmit and record any game.

“If you already had a solid state, like the previous version, it is that it already works with software, you are no longer talking about brute force on the chip, you will also be able to use artificial intelligence to reduce the load of games, even to better manage the temperature. This new chip has greater resistance, higher speeds, but it allows to manage the entire thermal field,” says Erick Guillén, specialist for WD Black.

This model is in two versions, one with a heat sink and the other without it, in addition to various storage options, either 1TB or 2TB, to help maintain maximum performance, in addition to being able to configure and synchronize all the RGB lighting they provide.

Its estimated price ranges from $ 3, 390 pesos onwards, with capacities in 1, 2 and 4TB of storage, which will be available by mid-September. 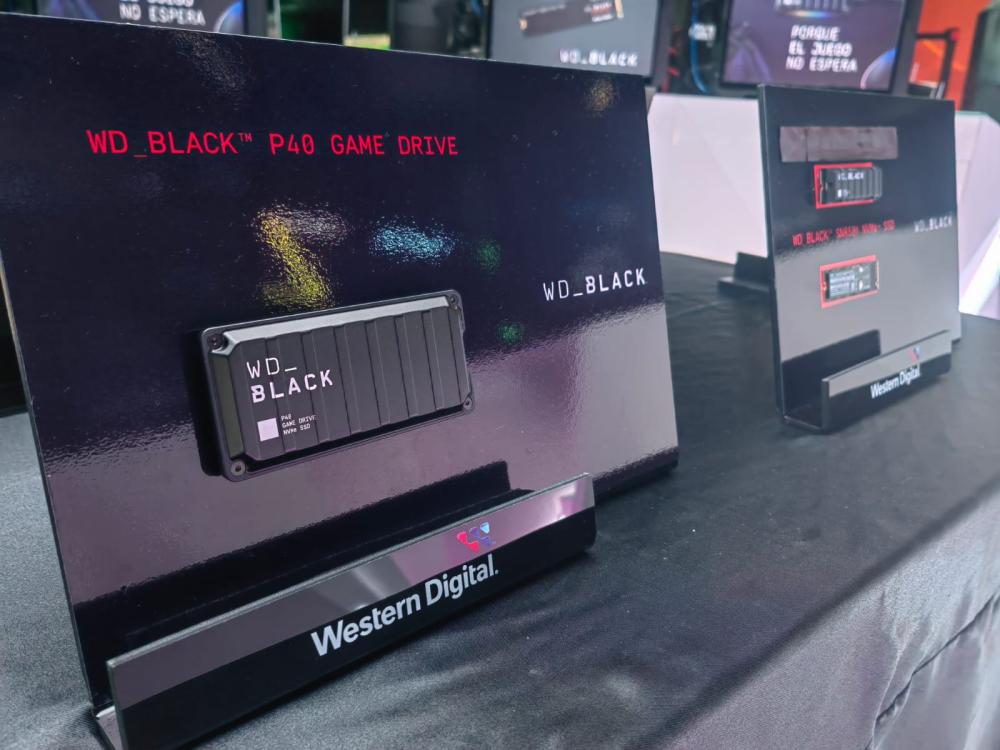 Portable storage is something important in competitive times, so WD Black launched a new device that takes this to the next level, because it has a series of advantages that make it unique and different from the rest of the equipment on the market.

On the one hand, the WD Black P40, integrates a second generation USB 3.2 interface, which will give a reading speed of up to 2000 MB/ s, which also has a series of RGB LEDs that are fully customizable.

Its compact, sober and a little simplistic design, allows it to have a shock-resistant frame, with an ideal size to be able to take it with you wherever you need it.

The WD Black P40 Game Drive SSD will have various storage options, as it can be found from 500GB, with an estimated price of $ 2,490 pesos, in addition to other superior storage, reaching 1 and 2TB, although their prices will probably rise considerably.

“What we are doing is bringing the products to different types of gamers, from amateurs or hardcore, we started the process of taking them and introducing them to the new products, like these two new ones, which are aimed at the amateur and the expert, although in each of them, we seek to give them more and better gaming experiences, because storage plays an important role in decision-making” concludes Sandra Mendoza, Marketing Manager of WD Black.

Game Pass: games coming and going at the end of August 2022

Game Pass: games coming and going at the end of August 2022

OnePlus denies its departure from Mexico