Amazon has published the results of the 3rd quarter that easily surpassed analyst estimates, so the company has become the “main beneficiary” of the pandemic coronavirus. In the 4th quarter, Amazon expects to spend about $4 billion in costs associated with COVID-19, but expects unprecedented results at the end of the festive season. 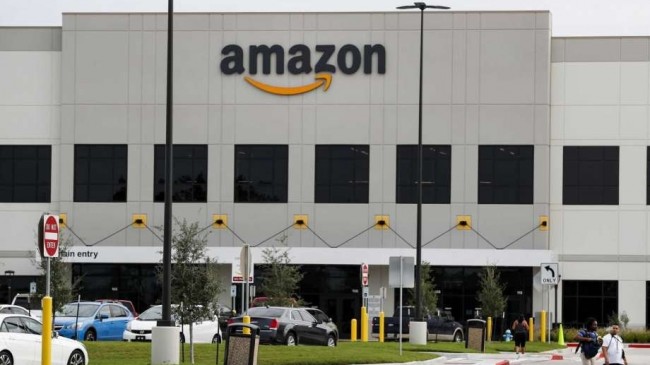 Amazon shares (AMZN), an increase of 73.8 per cent since the beginning of the year (more than the growth of Apple, Microsoft, Google and Facebook), decreased by 2% in after-hours trading Thursday when the company published the report for the 3rd quarter ended 30 September.

Total revenue for the quarter reached a new record, an increase of 37% compared to last year’s value to $96,15 billion, and surpassing the average analytic forecast of $92,7 billion to See the quarterly history of revenue and profits for Amazon in the last 2 years can link.

The income earned from business in North America (including retail, etc.), increased by 39% to $59.4 billion and international segment increased 37% to $25.2 billion

Revenues of the cloud computing unit Amazon Web Services, grew by 29% to $11.6 billion, which corresponds to analysts ‘ estimates.

“Other income” Amazon, which consist mainly advertising business grew by 51% to $5.4 billion Revenues from subscriptions to services including income from membership in Prime rose by 33% to $6,58 billion.

Sales from third-party sellers on the platform of electronic Commerce, Amazon grew by 55%, again ahead of your own Amazon business, which increased sales by 38%. Sales fell 10% in the physical Amazon stores, including Whole Foods Market.

The company has noted a record increase in staff: Amazon hired more than 400 000 employees and 57% increase in the cost of logistics in the conditions of increasing demand in the field of electronic Commerce.

Figures for the third quarter did not include sales of large-scale two-day sell off Prime Day worldwide, which took place on 13-14 October and brought to sellers of small and average business more than $3.5 billion, or 57% more than last year.

The forecast for the fourth quarter of 2020

Amazon CEO Jeff Bezos said: “We see more customers than ever before shopping in advance of in search of holiday gifts that is just one of the signs that this will be an unprecedented holiday season.”

At the same time, with the growing demand, will increase logistics costs Amazon. Amazon CFO Brian Olsavsky told reporters that the company is “not completely isolated” from the problems facing its partners in the delivery in this quarter, while online store feeling ready for the festive season.

“We really think that the industry will not be enough capacity, and we are no exception,” he said. “Buyers really should shop early”.

In addition, the company warned about the future jump in the costs associated with the pandemic (including testing COVID-19 employees): up to about $4 billion, compared with $2.5 billion in the last quarter. Given the rising costs, the company expects operating profit in the 4th quarter will range from $1.0 billion to $4.5 billion, compared with $3.9 billion in the same quarter of 2019, but it is below $5.8 billion, which analysts expect in the market.

Mail.ru Group has sold the service Maps.me company from UK

Mail.ru Group has sold the service Maps.me company from UK