Electronic Arts announced on Monday that the acquisition of major mobile game developer Glu Mobile. Following the transaction, the business of mobile games Electronic Arts will be doubled and the company expects to increase annual sales of more than $500 million. the Deal was approved by the analysts of the market and must be completed before June 30. 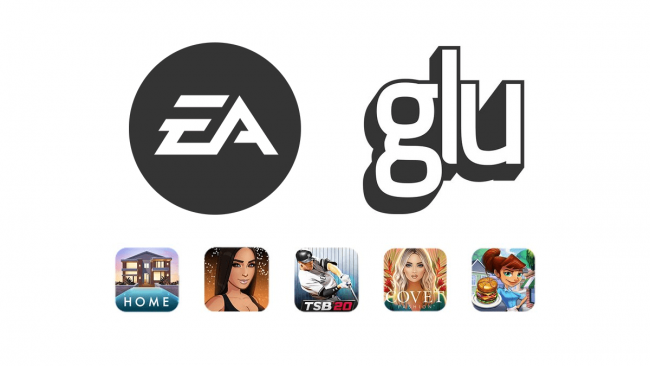 Shares of Electronic Arts (EA), increased by 30.6% over the past year, rose nearly 1% after the announcement of the purchase of Glu Mobile (GLUU).

Shares of Glu Mobile, an increase of 28.3% over the last year, on the news showed a sharp increase of 33% in after-hours trading.

Deal of the acquisition, which will unite EA, one of the world’s leading video game companies, with a major developer of mobile games, it seems logical, given the growth of both companies on the background of the pandemic COVID-19. The field of digital games in General has shown strong growth over the last year, as people searched online entertainment in enclosed, entertainment centers, bars and cinemas.

A purchase transaction of Electronic Arts, Glu Mobile will cost $2.1 billion in cash, while the Glu shareholders will receive $12.50 per each share of Glu, which represents a 36% premium to the price at the close of trading on 5 February 2021.

In its press release, the company Electronic Arts said: “the deal will immediately add significant scale to our business of mobile games covering 430 million players, including more than 100 million active players per month on mobile devices and expand it with new audiences and demographic groups around the world.”

After approval by the shareholders of GluMobile, the transaction must obtain approval from the appropriate regulatory authorities. Electronic Arts expects the purchase to be completed in the quarter ending June 30.

Monday Glu Mobile reported its fourth-quarter earnings rose 25% (in comparison with the previous year) to $141 million, in just 2020 earnings rose 31% to $540,5 million, the annual net profit more than doubled to $20.4 million

Annual income Electronic Arts totaled $of 5.67 billion, with annual free cash flow of about $1.9 billion allows a company to make a major acquisition.

“This transaction is the culmination of a huge team work Glu to provide world-class facilities for our players, as well as promotion of business development, which led to a strong financial and operating results. This is a great result for all of our shareholders and other key stakeholders,” said Nick Earl, CEO of Glu. “As part of Electronic Arts, we will continue to benefit from the opportunities in the growing industry of mobile games.”

The analysts about the deal

The agreement “seems fair,” said Wedbush Securities analyst Michael Pachter. The price of Glu Mobile “slightly above the peak recorded a couple of years ago. EA got a good franchise and it was reasonable to use the money to buy the operating assets.”

Moody’s experts also endorsed the agreement, Electronic Arts and Glu Mobile, indicating that the transaction will expand the range of products for EA mobile games.

“Mobile gaming is the fastest growing region in the video game industry, and we believe that this acquisition will strengthen basic sentences EA for mobile devices. At the same time, we believe that the global opportunities of EA in the field of publishing, marketing and game development can also strengthen existing capabilities of the company Glu Mobile and expand the available market for its franchises, which we expect will lead to stronger growth Glu Mobile as a part of a family of EA.”

How to sit properly when using the computer

Bitcoin and Altcoins continue to search for ground