Bitcoin: Why are the Crypto Markets Continuing to Fall?

Over the past week, prices and, as a result, the assets invested in them fell according to total value Locked (TVL) of the most important crypto assets: Bitcoin and Ethereum fell by 12.6 and 18.9 percent, respectively. The best performance was observed in the assets Binance Coin, Polygon and Maker, which lost 7.4 percent, 21.5 percent and 20.8 percent in value. Polygon was the only asset to increase by 0.24 percent in TVL. In this blog post, we want to get to the bottom of this development with a special focus on the market for future positions and the ban on the Tornado Cash crypto mixer.

Series of sales of long positions

It was a series of sell-offs that took place on Friday in the market for future positions and are likely to have contributed to the development of the crypto markets. According to data from Coinglass, positions of 157,000 traders were liquidated on Friday alone at a total value of over $ 600 million – $ 239 million was lost in connection with Bitcoin trades and $ 224 million in connection with Ethereum trades In a short time, $ 562 million was lost in long positions and $ 79 million in short positions – it is the largest liquidation of long positions on futures since June 13, shortly before the Bitcoin price had fallen to $ 20,000. 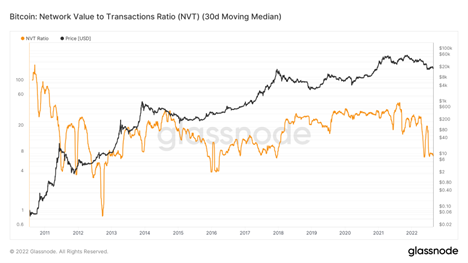 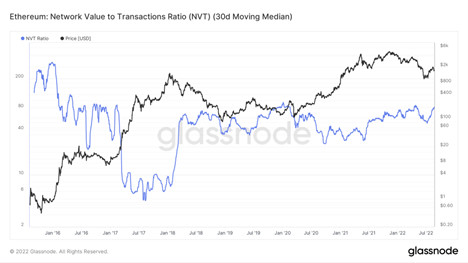 The BendDAO case: Democratically decided measures after the insolvency crisis

Benddao, a peer-to-peer lending protocol for NFTs, is the next crypto project hit by an insolvency crisis. The project allows users to deposit their NFTs and in return to borrow ether (ETH) in the amount of up to 40 percent of the NFT equivalent. The foreign exchange reserves of benddao, which is technically built on the Ethereum blockchain, reportedly fell to below 1 ETH on Monday.

According to BendDAO’s homepage, the project currently offers an annual percentage rate of 87.06 percent on ETH deposits – 81.82 percent is paid out in ETH and 5.24 percent in the in–house BEND token. The yield is generated by NFT holders paying interest on ETH they borrowed against their NFTs; the interest rate on these ETH loans was 93.96 percent on Monday. At the current time, however, this interest rate has fallen to -101.44 percent. Borrowers were prevented from repaying their loans, which led to bad debts and, as a result, a liquidity crisis. The co-founder of the protocol warned the benddao community on Discord to calm down, on Monday the team of BendDAO proposed some short-term solutions:

Among the long-term, proposed improvements are the support of offers for collateral in BendDAO, contacting exchanges to list collateral, as well as support for down payments for auctions. 97 Percent of the Benddao community approved the proposal in a vote. The underlying technology that makes NFTs so unique and non-fungible creates numerous possibilities and use cases – but it is questionable whether NFTs are currently suitable as a financial instrument for borrowing due to the nature of this asset class.

Tornado Cash ban as a factor in share price declines?

Crypto exchanges: The reverberation of the ban on the Tornado Cash crypto mixer imposed by the US Treasury is unprecedented – it could even be a factor in the recent declines in the crypto market. Brian Armstrong, the CEO of Coinbase, announced in a tweet that his company would rather shut down its staking service for ETH than censor transactions at the protocol level to comply with a hypothetical censorship order from regulators on the Ethereum blockchain. According to data, Conbase is even the third largest actor for the validation of Ethereum transactions – as soon as the “merge” has taken place. It thus becomes clear which income losses could arise as a result of regulatory measures in the crypto world. The lending service Gemini also wants to offer staking services for MATIC, the cryptocurrency of the Polygon network – and later for ETH, SOL and DOT. It is further evidence of the bullish sentiment still prevailing around the staking services industry.

Mining Pools: Ethermine, the largest ETH mining pool, announced that it will discontinue support for planned POW forks. The service provider instructed its users to join other POW-based networks such as Raven and Ethereum Classic instead if they want to continue in the mining business. Since this announcement, ETC’s hash rate has increased to ATH over the weekend. Bittrue will also join the bevy of other exchanges supporting speculative activity on potential forks, as they are expected to release an ETHPOW token before the merge.

Swap your $ETH for these two IOU tokens now ahead of the #Merge upgrade. Don’t miss out on this opportunity to claim the potential PoW ETH token for free, and look forward to trading these tokens in ~4 hours!

Here are the best broadband for you and your household

How to backup your emails