On Monday, the company Canopy Growth and Aurora Cannabis reported revenues above analysts ‘ forecasts, the incomes Tilray has not reached the estimates, but the company exceeded expectations, reducing losses. Shares cannabishigh companies has grown in recent days after residents of five States voted for the legalization of cannabis. 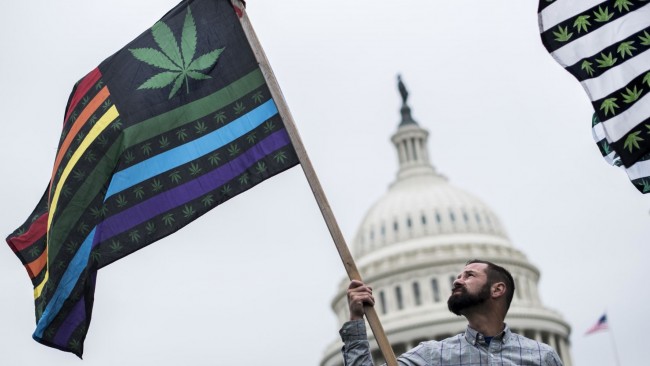 Growth spurt happened since Friday when he was declared provisional results of the presidential “race” in the USA, and also counted the votes on legalization of cannabis.

According to NBC News, five States have legalized the use of cannabis regardless of the form of acceptance, including Arizona, new Jersey and Mississippi. Voters in Oregon also decided to abolish imprisonment as punishment for possession of certain other drugs, including cocaine, in small amounts.

Joe Biden, receive the largest number of votes in the elections on 3 November, during the election campaign said that he supports the decriminalization of cannabis at the Federal level in the United States, but does not support full legalization.

If sales of pharmaceutical and consumer products of cannabis (drinks, sweets, cosmetics) will be decriminalized in the United States – producers will open a huge market.

Stock Canopy Growth and Aurora Cannabis are traded on the NYSE, while Tilray on NASDAQ, the market capitalization of companies is $9,13 billion, $1.8 billion and $1.04 billion respectively.

Tilray was disappointed with lower revenues, but higher average prices of products promises increased profits in the future.

Tilray reported loss per share its fiscal third quarter to -$0.02 to that better than analyst expectations for a loss of -$0,21 per share. The losses amounted to $1.5 million.

Income increased by 1% (compared with last year) to $51.46 million, which was below the forecast of $54.88 million Statistics quarterly revenue and profit Tilray for the last 2 years available here.

The company has sold 52.9% less of cannabis in kilograms: 5 107 kg, but the average sales price per gram rose by 89.2% to $6,15. The growth of prices was connected with the constant changes in distribution channels and product range, sales more effective and expensive ingredients.

Since the beginning of the year shares Tilray decreased by 41%, but the dynamics for the last 6 months have been positive for the last three trading days the stock rose more than 60%.

The financial report of Aurora Cannabis

Monday Aurora Cannabis reported drop in revenue of 6% to $67.8 million in the first quarter of 2021, but that was better than analysts ‘ forecast of $63.6 million

The sum of the quarterly loss (net loss) amounted to $109.5 million

Aurora Cannabis continued to restructure, stopping the production of Hemp of Europe on Aurora and Aurora Larssen Projects, as well as reducing the level of debt.

Leadership Aurora Cannabis indicated that “the company’s goal is to achieve a positive rate of profit (adjusted EBITDA) in the second quarter of 2021.”

Shares of Aurora Cannabis decreased by 56,75% since the beginning of the year, but jumped by 137% over the past three days.

Canopy Growth reported revenue growth of 22.5% to a record $135.3 million in the second quarter, above the forecast of $117,2 million

The amount of losses amounted to us $96,6 million, a decrease of 42% compared to the same period last year.

Manual Canopy Growth said it plans to focus more on recreational cannabis products (drinks, candy) when the sale of cannabis will be permitted by law at the Federal level.

Canopy also noted that the acquisition of the American company Acreage Holdings will allow next summer to present their drink of cannabis in Illinois and California.

Stock Canopy Growth has grown by 16.55% since the beginning of the year due to increase by 17.44% in the last week.

The delicate decision to establish a legal status for robots