Deep inside the automation of the data center

At the beginning of October, Mark Hlawatschek, CEO of Atix AG, welcomed visitors to the virtual Open Source Automation Days (OSAD) and introduced them to the latest technologies in the field of data center automation. Central topics of “Munich’s largest manufacturer-independent open source conference” were cloud, Gitops, containerization, security automation, artificial intelligence and “IT Automation and the Pandemic”. 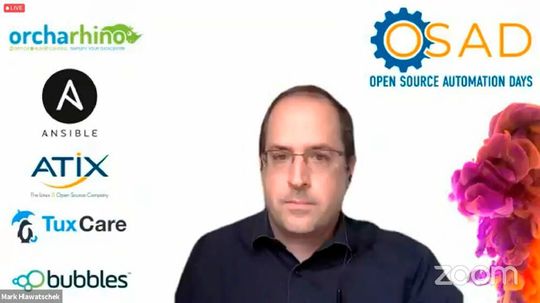 “Normally we don’t worry about breathing, but we do it continuously, more than a million times a year,” Hlawatschek said during his opening keynote: “Breathing happens ‘automatically’, and that’s how the technology in the data center should work.“

Automation makes disruptive changes, commonly called innovations, possible, frees people by giving them time for meaningful and innovative tasks, and ultimately provides a great sense of community, as you know it from the open source (OS) community. “That’s what it’s all about: collaboration, DevOps, community and co-creation,” says Hlawatschek.

Open source is now virtually synonymous with data center automation, the managing director continues. This can already be seen in the list of partner companies of the event: Red Hat Ansible, Tuxcare and others gravitated under the sign of containers and microservices for a smooth process in the data center including connected clouds.

The demanding automation scenarios discussed at the event can already be seen in one of the first lectures: Bernhard Hopfenmüller, Atix, and Julian Schreiner, administrator of the Big Data DevOps Group at HUK-Coburg, reported on the introduction of an insurance tariff called “Telematics Plus”, which records the driving behavior of policyholders via smartphone. The data is then evaluated in the backend.

In this way, responsible driving positively influences the insurance contribution. Through a smartphone app, the driver always has full transparency about his driving behavior.

An important component of this backend is “Apache Kafka”, which mainly serves as a central data pipeline. Kafka has also become an integral and central component of HUK’s Datalake infrastructure. In addition, HUK is currently transforming from batch to event-based real-time streaming processing with Kafka. 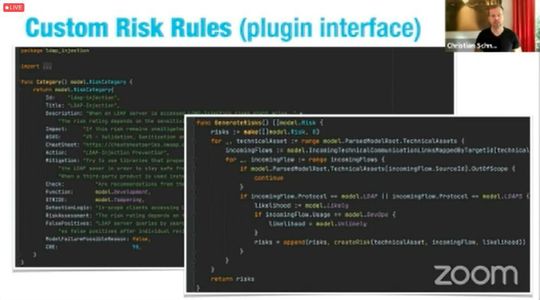 Like all large and complex infrastructure components, Kafka Clusters can best be installed and managed automatically. DevOps tools and principles such as Ansible and Gitops would help to cope with big data requirements at this point.

The lecture by Hopfenmüller and Schreiner ran under the “strategy” sign. There were also a lot of technical tracks. One example is the presentation by Julien Pivotto, open source consultant at Inuits, on the open source monitoring project “Prometheus”. It is used to collect metrics and has built-in features, such as service discovery, which makes it very suitable for an automated environment.

Another example of a technical track was provided by Developer Advocate “JJ” from IBM: he led through the deployment of a simple Python application in “Kubernetes/Openshift”. 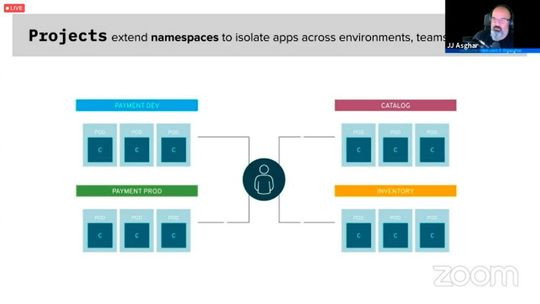 Developer Advocate “JJ” from IBM led through the deployment of a Python application in Kubernetes/OpenShift.

On the second day of the conference, Alicja Reniewicz, technical director of the development team of Melodic, a multicloud optimization and management platform, Marta Różańska, PhD student at the University of Oslo and researcher at 7bulls, and Paweł Skrzypek, technical Director of Melodic, impressed with their talk on autonomous multi-cloud serverless deployment including optimized management. The dynamic development of cloud computing with the introduction of novel cloud computing models such as Serverless creates new challenges for cloud deployment.

The implementation of native multicloud strategies using an advanced open source framework could help here. This forms the basis for flexible monitoring and autonomous reconfiguration based on the current execution context of the application.

Keynotes can be viewed afterwards

An overview of all presentations can be found on the OSAD agenda. According to the organizer, after registration they should also be able to be viewed afterwards.

Can a robot help us sleep?

Can a robot help us sleep?