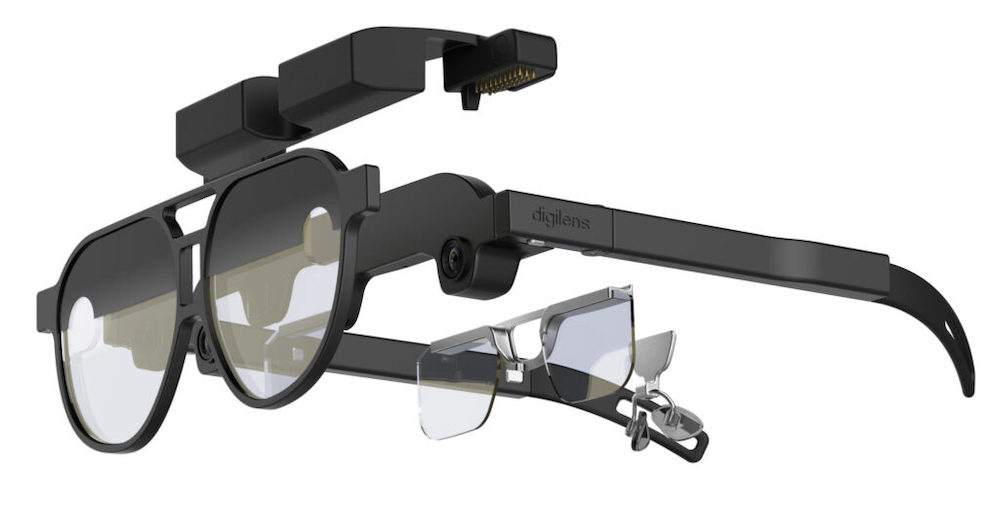 Digilens, a company specializing in waveguides, presents a reference design that aims to accelerate the development of mass-produced augmented reality glasses.

Digilens has been developing waveguide displays for 18 years. Waveguides are currently considered the most promising display technology for AR glasses, as they provide a relatively compact form factor of glasses and a clear and bright image without artificially darkened lenses. However, they also have disadvantages, namely a relatively narrow field of view of about 50 degrees. This also applies to the Digilen reference device named “Design v1”.

The self-contained AR glasses are powered by the Snapdragon XR2 and display 1280 x 720 points per eye with a 50-degree (diagonal) field of view. They consist of three easy-to-assemble modules: the eyeglass frame, which has a built-in computing unit, a battery and sensors, waveguide optics, and a display module, which consists of a display and a light source. 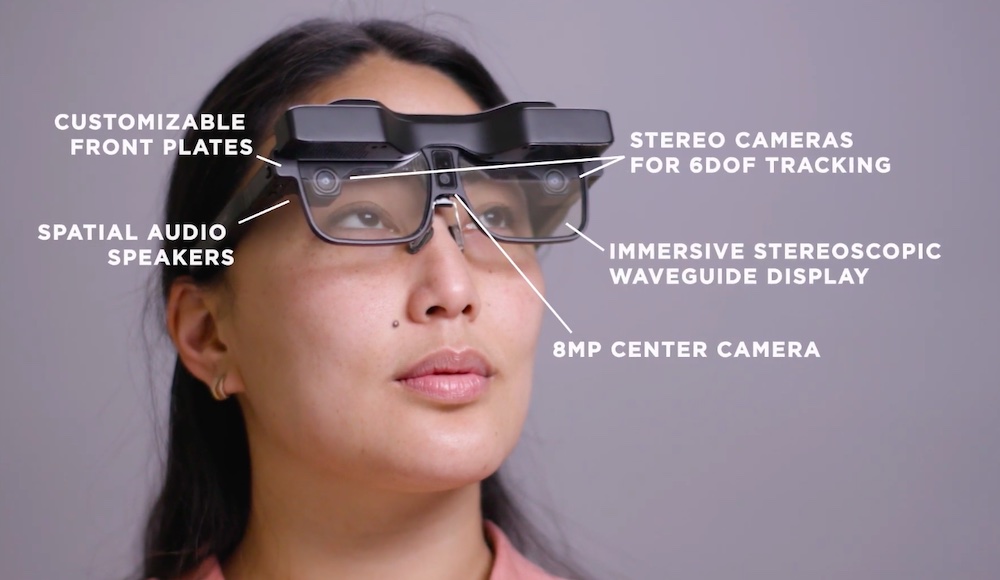 Modularity is intentional: depending on the application scenario, manufacturers of AR glasses may specifically improve or replace individual modules, for example, to achieve a wider field of view or a brighter image. Digilens ‘ goal is to create a model of AR glasses for the mass market. The challenge is to work with selected manufacturers to adapt the reference design to their needs.

Ben Lang from “Road to VR” was able to visit Digilens and try out the company’s technology on the spot. One variant of the AR glasses achieved a brightness of 3000 nits, which is three times more than that of a regular smartphone. Even in the bright daylight and against the blue sky, Lang could clearly see the augmented reality graphics. Design v1 doesn’t reach this brightness yet.

Over time, several demonstrations with the reference design were shown: a 3D film, a remote assistance app in which the” operations manager ” could see through the front camera what the wearer of the glasses saw while they themselves received a digital video stream from the production supervisor, and a digital solar system that was supposed to demonstrate spatial tracking of the reference project. 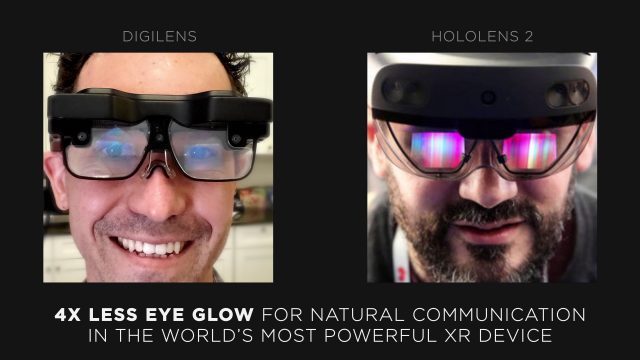 Lang was particularly impressed with the form factor, which is significantly narrower compared to the Hololens 2 and Magic Leap, and this is already in the reference design, which has not yet been optimized for compactness, ergonomics and appearance. The editor believes that the Digilens waveguide can become the basis for decent AR-glasses titles.

Another advantage of the technology is that you can see the eyes of the person wearing the glasses much better behind the displays. According to Digilens, the glow is four times less than that of Hololens 2, as shown in the image above.

Digilens plans to make Design v1 available to select partners from the end of June 2021.

Here are the best broadband for you and your household

What is a hierarchical database?