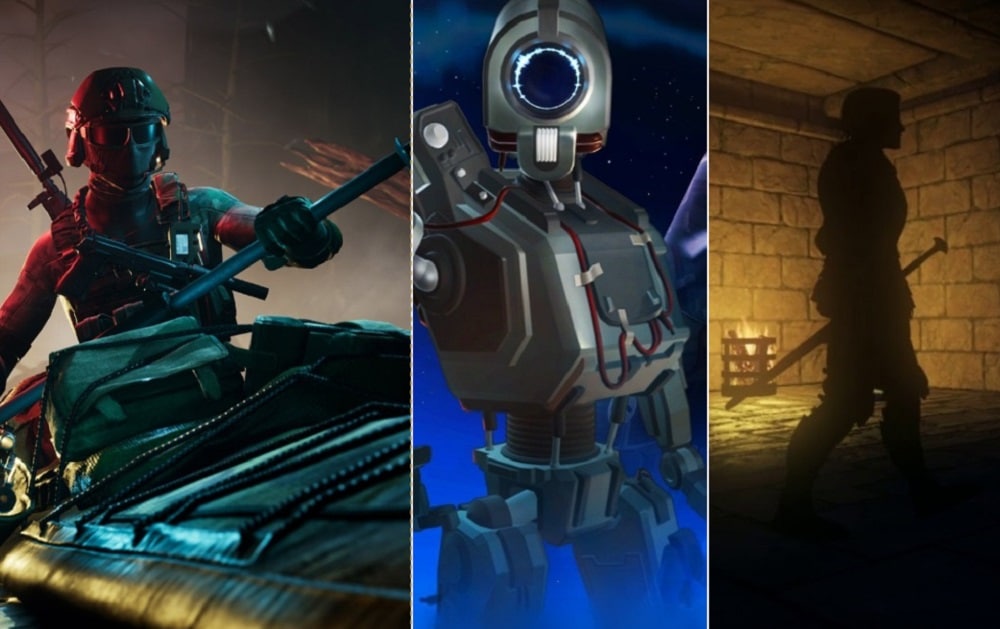 Despite the seemingly obvious genre fit for VR technology, in fact, not so many stealth games in virtual reality. The most significant and outstanding is represented in this top.

The original Budget Cuts had a lot of problems at launch, but after partnering with Fast Travel Games, Neat Corporation more than exceeded expectations with its superior sequel. You will use a unique weapon to teleport to move around the world, and the new bow and arrow game adds entertainment. If you are not opposed to crawling and use all the space in the scale of the room is one of the best options for you and other fans of virtual reality.

It was one of the best VR games 2019. You take on the role of a robot that can climb on any metal surface, and use a wide range of weapons and gadgets, doing an unexpectedly long and challenging mission. In this stealth game is very much influence of the Metal Gear with a high degree of interactivity.

This stealth game for virtual reality just got into early access, so over time it will get better, but after a successful Kickstarter campaign developers create game which aims to become slightly more modular. It is assumed that instead of passing a special campaign and never play it again, missions will be more dynamic with lots of options, which determine your attack plan.

This release only came out this week — Oculus exclusive title from nDreams, which puts players in the role of stealth agent VR for oars kayak. You use your skills of invisibility to sneak into the enemy base via the water channels and cause maximum damage.

The developers of VR Republique, Camouflaj, has continued work on future game Iron Man VR for PSVR, but before that they were working on a small game for the Oculus Go, which has the form of a third person. It turns out that this is a very fun stealth game, and since then it has been ported to Quest and VR headset for the PC.

Perhaps the most unique game in this list is Stifled. Technically, it more clearly fits the genre of horror than stealth, but there is some overlap. In this game the developers use your own microphone to control your noise levels and actually cause you to make noise for echolocation such things as walls. It’s a bit like hide and seek, because all you can see is white outlines of the world as the vibrations from the noise.

Finally, Unknightly, the latest title top. The game was in early access for a long time and gradually getting better and better. It is assumed that in the middle ages you — rogue, tasked to infiltrate the heavily guarded castle, so melee in General can not be considered, and this means that you need to sneak in shadows, climb walls and use their tools to survive.

Fan-made game “Virtua Sonic” will be released on PC VR

Immortal Legacy: The Jade Cipher comes out on PC VR

User-generated content: why is it important and how to work with it