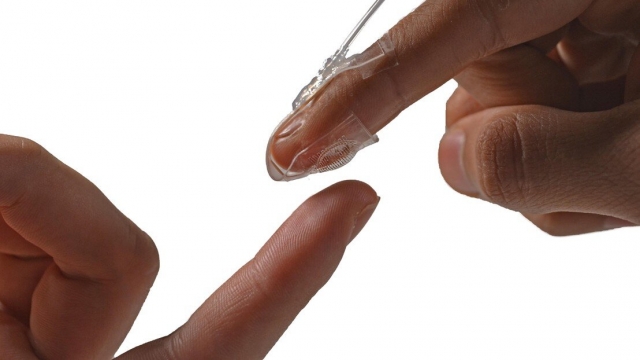 Researchers at the Swiss Federal Institute of technology (EPFL) have developed a soft flexible “artificial skin” that could provide high-precision haptics in VR.

Haptic feedback in VR relates to an artificial perception of the real sensations of virtual objects and materials. Imagine that someday you put on a VR glove and feel the smooth rubber and the roughness of sandpaper.

“Skin” made of silicone. Miniature pneumatic actuators pump air into the membrane, which causes its rapid inflation down. These drives have a variable frequency to 100 Hz and a variable pressure. This allows you to model a wide range of sensory materials.

A strain sensor made up of a mixture of liquid and solid gallium, measures the movement of a finger of the user. This can be used for adaptation of tactile frequency and pressure depending on the position and deformation of the finger.

Researchers claim that this skin can stretch up to one million cycles, which can make it suitable for consumer products.

Now it’s just a research project, but the researchers say that their next step will be to develop “a fully wearable prototype” to prove its viability.

This technology sounds somewhat similar to the one of the haptic patents for VR gloves, developed in Facebook Reality Labs. Pneumatics can play an important role in providing rich tactile sensation to the hand (just imagine if the club virtual reality to put such an artificial skin as a wearable gadget) which, probably, we will see in the near future.

Review IT Weekly (02.11 – 08.11): the first Tier IV data center in Eastern Europe and the largest migration of SAP systems on the Russian market

Tech investor with a loss of 23 billion euros