Shares of the company Alibaba, which owns approximately 33% of the shares of Ant Group, fell sharply on Tuesday after the stock exchanges of Shanghai and Hong Kong has suspended the IPO process Ant Group because of Chinese regulatory policy, while its shares were to begin to negotiate already this Thursday. 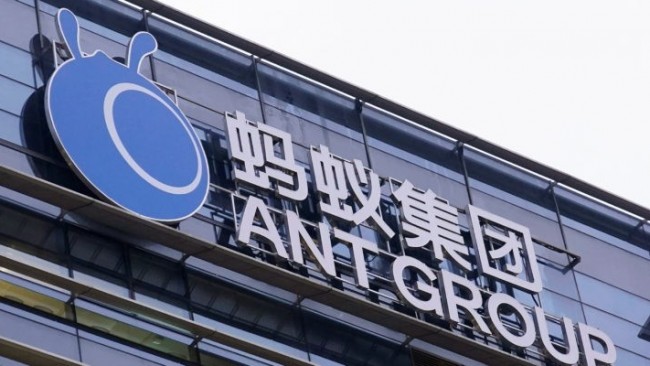 Shares of Alibaba (BABA) increased by 34.64% since the beginning of the year, on Tuesday closed a decline by 8.13%.

The reason was the crisis of its largest holdings. Alibaba owns approximately 33% of the shares of Ant Group, which once was its subsidiary and was later selected as an independent company.

The largest fintech company of China Group Ant was about to become public this Thursday, after a dual listing on exchanges in Shanghai and Hong Kong. Ant Group IPO attracted a record interest among investors, as was to be the largest in history, ahead of previous record of Saudi Aramco, and to raise about $34.5 billion

But on Tuesday, the Shanghai stock exchange has suspended the IPO of Ant Group, citing the statement of the Commission on regulation of China’s securities on Monday that the company’s management, including founder Jack MA and Executive Chairman Eric Ching (Jing, Eric) and CEO Simon hoo was summoned and interrogated by the regulatory authorities in China. The official reason for the suspension has been announced as “significant changes” in the regulatory environment. Then Ant Group said that listing in Hong Kong also suspended.

FINTECH. giant Ant Group earns on the processing of online payments through its Alipay system, but also has the insurance business and the largest business of microfinance services in the country. Below the picture shows that a large proportion at 39.4% of all income Ant Group accounts for credit unit CreditTech. 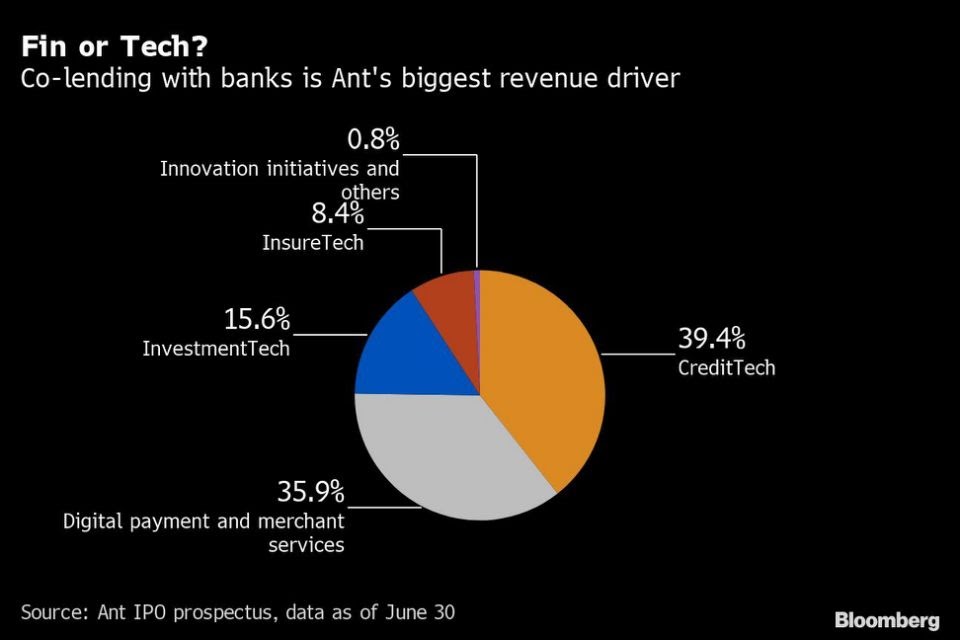 Read more about Ant Group Marketinfo.pro wrote in the article “What is the Chinese Ant Group Jack MA ahead of an IPO?”

At the end of last month, Alibaba founder Jack MA has made several critical comments in respect of the financial controller of China.

“Today’s financial system is a legacy of the industrial era,” said MA. “We need to create a new one for the next generation and youth. We need to reform the current system”.

On Monday, China’s Central Bank and regulators released new draft rules online microcredit. Company Ant Group is not a financial institution, but through its user-friendly digital platform provides users (private individuals and small business) lending opportunities through partnerships with about 100 banks, including all large national banks of China.

Bloomberg, citing anonymous sources, said that the new regulatory requirements of the Commission on regulation of banking and insurance activities of China can be the reason why banks and other companies will refuse to use platforms Ant.

At the same time, from the Ant Group and similar digital platforms may require you to provide at least 30% of funding for loans, which is far from today’s reality in about 2% of its balance, as the rest is in about 98% funded by third parties (banks and other fin. partner institutions).

The exact cause has not yet been named, but Sam Radwan, the General Director of consulting company Enhance International, believes that the comments of Jack MA may have played a role in the suspension of IPO of Ant Group.

In addition, in the past few years, Chinese regulators have become increasingly worried about the growth of the FINTECH platforms offering loans to individuals and small businesses.

Ant Group has become too large a player in the microfinance market of the country, while not even being a Bank, but earning high commissions. Such power over the financial levers of the country can be regarded by the government as “invading their territory” and “systemic risk” to the economy.

3 tips for optimal use of accounting program