The Ukraine war, exorbitantly high inflation rates and the fear of a recession. Investors are struggling with a conglomerate of uncertainties in the current market environment.

Risk assets in particular are struggling with the current market sentiment. Not only cryptocurrencies themselves, but also companies whose business has to do with Bitcoin and Co., had to accept some price losses.

Some investors are not big fans of a direct investment in cryptocurrencies. Such joint-stock companies can be an alternative to indirectly participate in the crypto market.

For example, some crypto miners are listed on the stock exchange. However, due to the exponential price increases in the energy sector due to the Russian war of aggression, coin miners are not necessarily having an easy time. Some miners have lost over 70 percent of their value since the beginning of the year.

”While it is not worthwhile to mine in Europe at the current BTC price, in the USA it is highly dependent on the state in which the miner is located,” explains Stefan Lübeck, market expert at BTC-ECHO.

Also detached from the rising electricity costs, the crypto mining companies currently have to struggle with the difficult market conditions. Lübeck: “The stock market is generally in correction due to interest rate and recession fears, and companies that generate little or no profit and have a high-risk market environment have been kicked out of investors’ deposits.”

But the capital-intensive mining equipment itself could also have contributed to the current development of crypto mining stocks, the market expert believes. “Another argument for the sale of miner shares is the decline in the price of mining hardware. This has so far been accepted as security or equivalent. However, since some mining hardware is now valued 50 percent below the previous year’s or acquisition prices, this is another problem for the miners,” says Lübeck.

The consequence: some miners had to sell their ”silverware” in the form of Bitcoin, explains the market expert. After all, running costs and open loans do not cover themselves by themselves.

In the following, we have examined five selected crypto mining stocks in more detail.

We Took a Closer Look at These 5 Crypto Mining Stocks 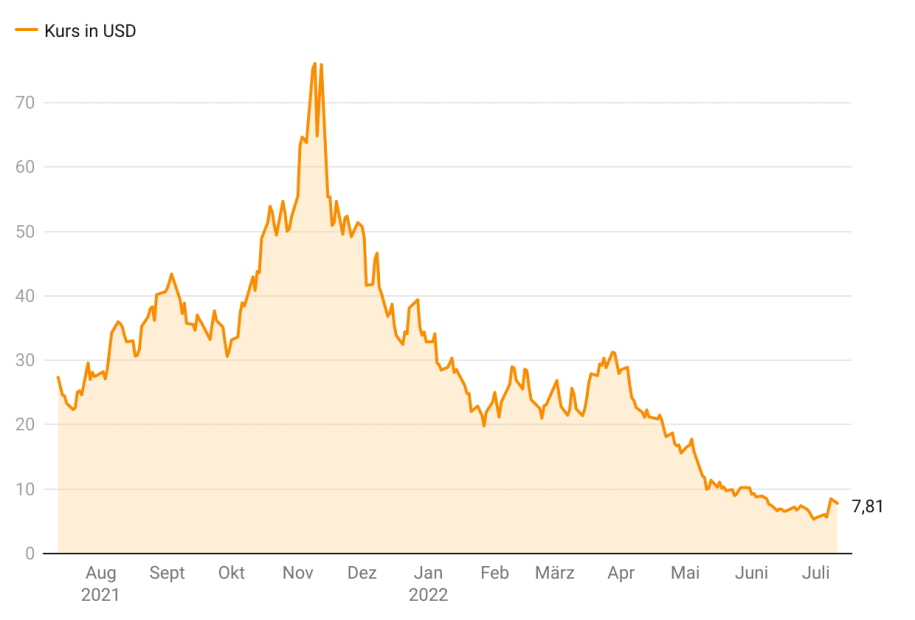 The American mining company Marathon Digital Holding is headquartered in Las Vegas, Nevada. MARA is currently trading at around $7.81. On an annual basis, the coin miner had already lost almost 72 percent. 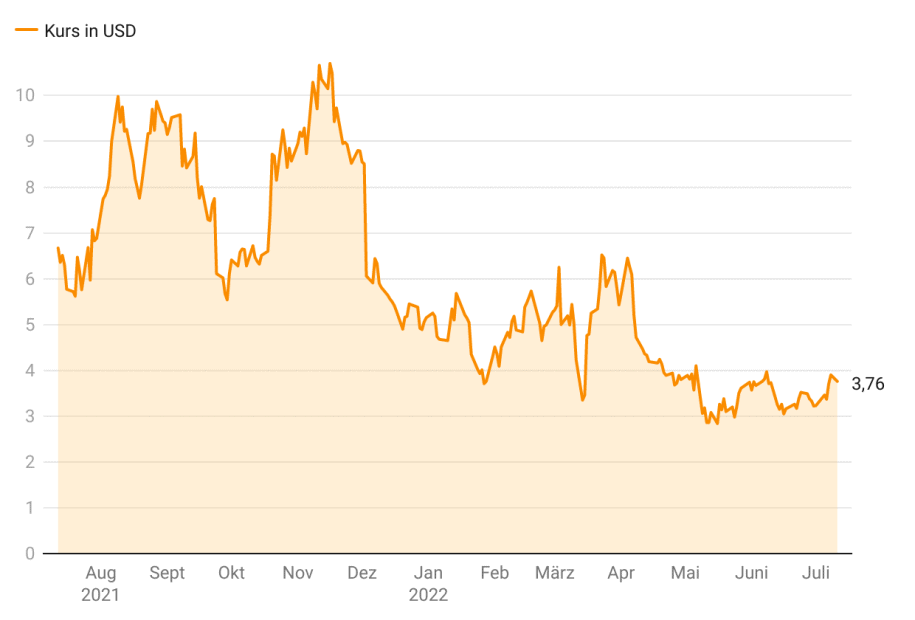 Canaan is a mining hardware manufacturer based in the Chinese capital Beijing. Currently, the stock of the ASIC miner producer is trading at about $ 3.76. Within one year, Canaan recorded a price decline of almost 45 percent. 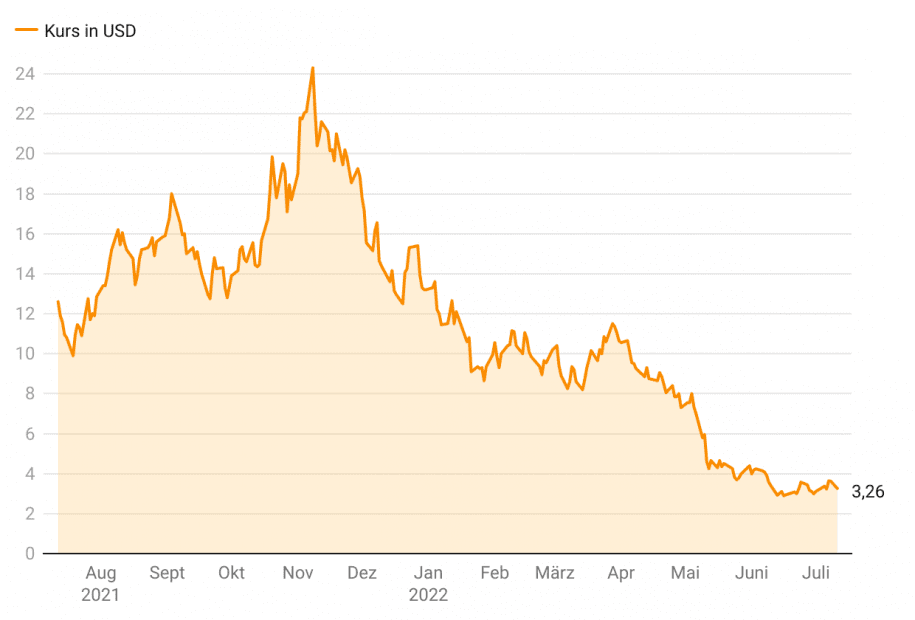 The Vancouver-based company HIVE Blockchain Technologies is listed at around 3.26 US dollars at the time of writing. The crypto miner has had to say goodbye to three quarters of its share price in the last 12 months. 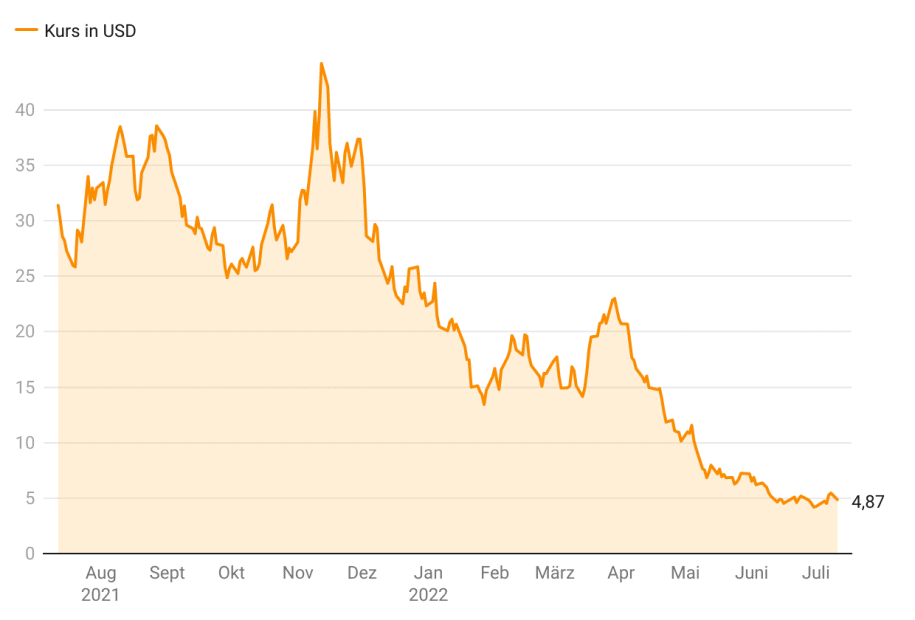 The American company Riot Blockchain makes its money by mining Bitcoin. RIOT is currently trading at around $4.78. On an annual basis, the Bitcoin miner had to lose over 85 percent in value. 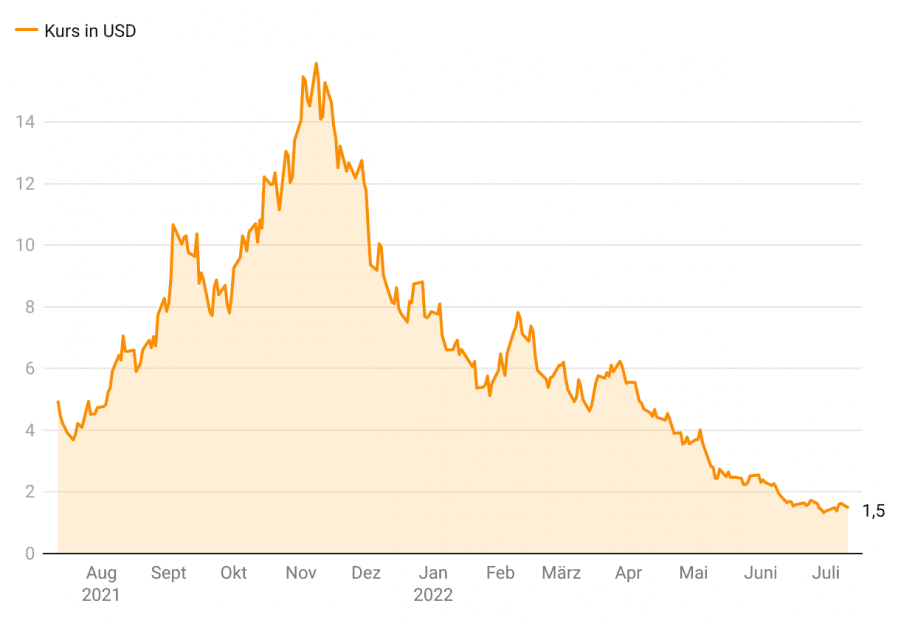 The Canadian Bitcoin and Ethereum Miner Hut 8 is currently listed on the stock exchange at about 1.5 US dollars. The coin miner had to cope with almost 70 percent price drop in the past year.

already on sale in Spain