How to Build the Metaverse with AR, VR and Blockchain

On the way to new worlds How to build the Metaverse with AR, VR and Blockchain

From cloud computing and 5G to blockchain and virtual and augmented reality to artificial intelligence: The economy is currently booming in the metaverse – and the vision of the direction in which things are developing is becoming increasingly clear. How will the convergence of these technologies change the world?

Recent developments in the blockchain ecosystem are driving AR applications.

Currently, the discussions around the metaverse are focused on immersive virtual reality (VR) – but augmented reality (AR) also plays an important role. AR displays digital objects in the real world, making them visible via end devices such as smartphones and smart glasses.

According to experts, AR has a greater potential compared to VR, because sooner or later people will probably get tired of a completely virtual environment and prefer to be in a real environment. AR applications have also been around for some time, for example in games such as Pokémon Go or real-time navigation such as Google Maps. However, a broad acceptance is only slowly forming.

This is due to concerns about data protection, the cost of the necessary technology and the lack of profitable applications. This is expected to change quickly, as the latest developments in the blockchain ecosystem are driving AR applications – these, in turn, can be supplemented by AR clouds, non-fungible tokens (NFTs) and decentralized content creation via open source software.

AR clouds are digital 3D twins of the real environment and are supplemented with virtual objects and information. They use data streaming and geolocation capabilities to remotely deliver AR content in real-world environments worldwide. In this way, augmented reality can offer users a better experience.

Information can be conveyed in an immersive way instead of users having to search for it in an app or an Internet browser. The AR startup Arround, for example, helps companies to create blockchain-based social networks (such as communication platforms, metaverses and educational portals) for their community. Unlike centralized social networks, companies retain complete control over the content on their networks and can also monetize it through advertising.

Blockchain-based NFTs have already gained popularity in the Metaverse. Leading brands such as Nike, Adidas, Walmart, and Walmart are experimenting with them and developing new digital business models. So far, NFTs are mainly focused on VR worlds, but they are already gaining traction in the AR environment and work in this environment as well as in a VR environment.

Geographically located, virtualized assets from real environments, including land and real estate, advertising posters and other objects, can be purchased, used, rented and traded in AR clouds. The creation of assets as NFTs on the blockchain allows each object to have unique, identifiable properties, and ownership is undeniable.

With NFTs in AR worlds, users are able to monetize their assets with the help of smart contracts. For example, the advertising space purchased in an augmented reality app can be rented to interested advertisers at a predefined price and time, together with other conditions. In games like Pokémon Go, users have the opportunity to acquire unique characters and exchange them for real money in the virtual economy. NFTs allow users to exercise control over their activities in VR or AR environments.

However, NFTs and the crypto ecosystem are associated with some concerns. First, some blockchains consume large amounts of energy. For example, Marathon, a Bitcoin mining company, bought a coal-fired power plant in Montana and put it back into operation – in the second quarter of 2021, 187,000 tons of carbon dioxide were emitted here. Companies may consider using proof-of-stake blockchains instead of proof-of-work blockchains, as the former are faster and less energy-intensive.

Secondly, the NFT and crypto areas are not regulated – this, in turn, raises questions about the extent to which digital tokens and assets are actually suitable for mainstream use by consumers. It is only a matter of time before regulators take more control of the new tools, as a result, the current ecosystem will undergo a transformation – companies should plan for this already now.

Decentralization is a core premise of the Metaverse. There are already platforms that offer software development kits (SDKs) for creating AR content. In addition, low-code/no-code platforms are becoming more and more popular. This enables users to create digital assets for VR and AR worlds. This, in turn, is driving the growth of the Metaverse ecosystem, creating a virtual economy that could soon be larger than the real one, as there will be several VR and AR worlds.

However, adding open source software to any system comes with challenges. Allowing the public to develop content on proprietary platforms can – intentionally or unintentionally – lead to security vulnerabilities: for example, OSS may be dependent on third parties maintaining its code and libraries. Any software developed with third-party code must be regularly checked for potential security vulnerabilities. This is one area where zero trust security frameworks can help contain potential issues.

However, creating open source content could also open up a number of new sources of income for people and organizations. Companies like OVR create open-source AR worlds by overlaying billions of hexagonal faces on the planet’s surface. Each of these can be purchased and used by the owners to create further digital content. For example, users are able to design their own virtual real estate with digital art, furniture and other things and license their designs for use in the VR, AR or real world.

In view of the increasing concerns that people spend too much time with and on their devices, companies must also pay attention to the risk of a negative response. While there is little solid evidence of actual impairment of mental health, the perception that too much time online can harm well–being and the potential for harm – and thus the risk to a company’s reputation – will only increase with the increasing spread of “metaverse experiences”. 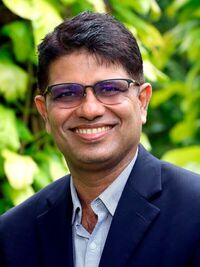 In conclusion, the current hype around NFTs, which are sold for thousands or even millions of US dollars, should not distract companies from actual problem-solving applications. Most of the current experiences in the VR and AR economy have yet to be validated for wider acceptance by consumers and companies. However, major technological upheavals have already occurred and will continue to occur in the future. Those who are able to find and deliver real added value to their creations will succeed, while others may simply disappear – similar to companies in the real world.

everything you need to know -generationYOUNG

Students will receive more Bafög starting in the winter semester

A Decade of Dating of a New Dimension