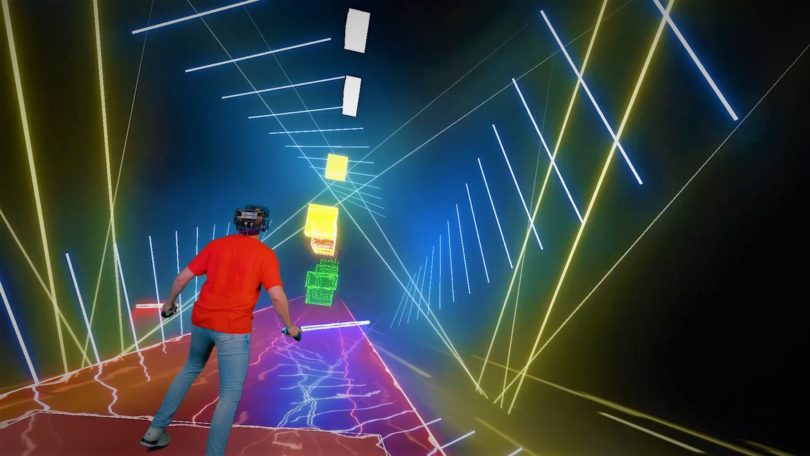 Earlier this month Mawntee, content Creator for VR and mixed-reality, produced a special map Beat Saber, inspired by Super Mario Bros., which turns the game from a virtual platform in a VR platformer.

In a video posted on YouTube, shows Mawntee carefully created the map in all its 8-bit splendor, based on Wuki’s track “DADADADA (kidnun super mario mix)”. You can also see how the Creator is accelerated through the neon light-filled performance of the classic 2D Mario course, jumping from pipe to pipe and pushed his way through several monsters Goomba on your way. TougeVR offers an alternative angle maps using capture mixed reality to create a classic 2D perspective, similar to the original game. The result is a hilarious “tribute” to classic 8-bit games.

For those who want to try out the map for yourself, you will need a copy of the Beat Saber, as well as a few additional mods, including “Chroma” and “Noodle Extensions”. These supplements are exclusively available for PC VR headsets (unfortunately for users of Quest and PSVR). A custom map can be downloaded here.

Beat Saber is available in the Oculus Store and SteamVR.

How to get æøy in batch files

Artificial intelligence, an ingredient of geopolitics