Requirements for Oculus Air Link, the cordless PCVR of Quest 2

Oculus Air Link is here. With the deployment of the v28 version for the software and the headset, Oculus kicks off the high-end wireless PCVR that it already advanced in mid-April. We know you want to try it to see what it feels like to play Half – Life Alyx wirelessly in between, and we’ll give you a cable, never better said.

We review all the hardware and software requirements necessary to play with your Oculus Quest 2 using this new feature. Thanks to it, the latest model of the VR headset is able to receive the image from the PC without having to be connected via USB-C. Of course, you need to meet both its requirements and the steps that we indicate below.

Oculus Air Link requirements and how to activate it

Before we get into the process and the additional requirements, let’s look at the PC you need to use Oculus Air Link:

Technically, if your computer meets the requirements to run Oculus Link smoothly, you won’t have any problems with Air Link. Still, let’s refresh your memory: 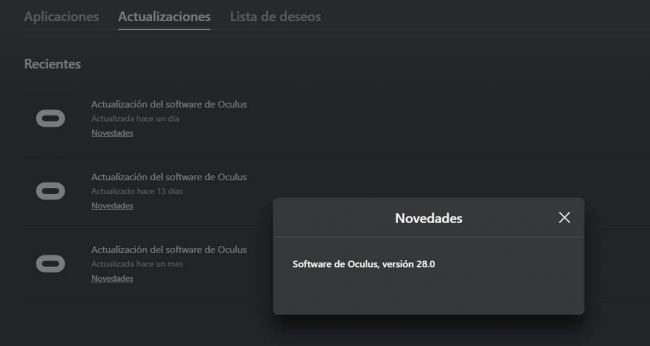 You must have Oculus Software version 28.0

Having done that, the next thing is to check the quality of the connection. Air Link need to use secure 5 GHz Wi-Fi networks (this is very important if you want to save yourself trouble.) In addition to that, the firm recommends that you connect your PC with an Ethernet cable to the router you are using, if possible of type AC or AX. To avoid connectivity, image quality and performance issues, it is important that the area in which you play is within a maximum radius of 6 meters from the WiFi router. 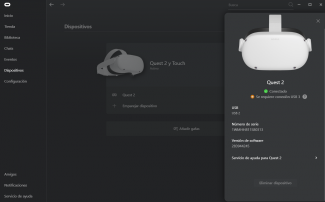 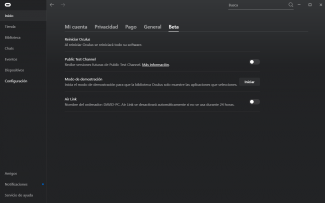 How do I activate Oculus Air Link on PC and glasses?

You need both your PC and your Oculus Quest 2 glasses to have the oculus Link v28 software. To do this, you just have to download the new version of the tool in the PC app. We have had some problem because the app said that we already had the v28 and the glasses were still in the v27 (I couldn’t find anything new when looking for updates), but by synchronizing the headset with another computer we managed to unlock the process.

Once you have it on your computer, you have to activate the Air Link function on your PC:

Now, go to virtual reality in Oculus Quest 2 to activate the feature on it as well. Put it on and follow these steps:

If you want to play by connecting the USB-C cable to your PC, it is very important that you return to the headset settings and disable the “Air Link” function. Otherwise, it will always attempt to sync wirelessly and will not use the wired connection.

The Oculus Air Link function works quite well despite being in the previous phase, and if the Wi-Fi does not measure up you can always lower the emission bitrate. See in this demo with Vader Immortal how we play the PCVR version of the game (Oculus Rift) for an hour without problems with a Quest 2 without cables, before it gets stuck in the final half hour:

(UPDATED) Detached is delayed on PSVR until July 24th

(UPDATED) Detached is delayed on PSVR until July 24th