Revenue and profit Apple has exceeded expectations, but iPhone sales fell by 20%

Apple reported higher quarterly sales of the iPad, Mac and other products and services, however, iPhone sales fell more than expected, as buyers are expecting the release of iPhone 5G. Apple has not provided a forecast for the holiday quarter, but expects strong sales of the new iPhone 5G. 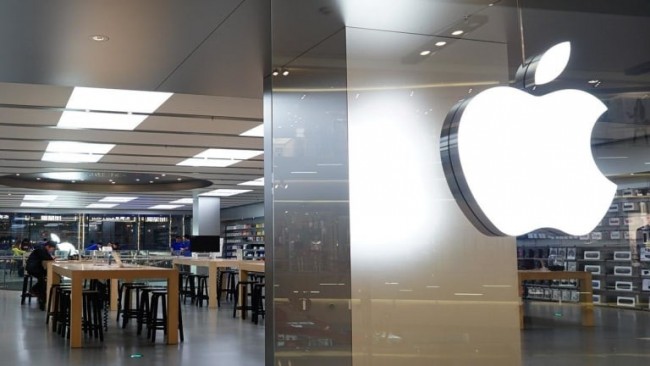 Shares (AAPL) rallied 57% year to date, fell in after-hours trading Thursday, as investors were disappointed by the drop in sales of the iPhone and no forecast for the next quarter, affecting the festive season.

However, the main performance indicators have exceeded the average expectations of Wall Street analysts, and the company has proven the success of the diversification of their income.

The decline in iPhone sales was largely expected, since the fiscal quarter ended on the eve of the release of the highly anticipated iPhone 5G. The issue was postponed for several weeks because of the pandemic and delays in manufacturing its own chips, Apple A14 Bionic.

At the same time, Apple showed iPad sales grow by 46% more than a year earlier, while Mac by 28% following the trends in the transition to remote work, study and spend most time at home due to quarantine restrictions.

The strong growth of 20.9 percent of segment “Wearable devices, home and accessories”, which includes products such as Watch, AirPods & speakers Home Pod.

Apple services, including subscriptions to Apple TV+ Apple Music, iCloud, AppStore, etc also showed revenue growth of 16.3%. Submitted September 15, the package of paid services Apple One will be launched this Friday that may increase sales in the upcoming quarter.

Apple reported 585 million paid subscribers on their platforms, compared to 550 million in the previous quarter, bringing the company to its target of 600 million subscribers at the end of calendar 2020.

The results of the 4th financial quarter, Apple ended 30 September, compared with the average estimates of analysts as follows:

Total revenue grew 1% to $64,7 billion, surpassing the estimate of $63,70 billion to See the quarterly history of revenue and profit Apple for the last 2 years can link.

IPhone sales in China dropped by 28.5% to $7,95 billion during the quarter, as users were waiting for iPhone 5G with 12.

Apple CEO Tim cook expressed his expectations that with the release of the new iPhone 12 sales improve in China and overall in Q1, based on data deliveries for the first five days.

“What we are seeing at the beginning of the first five days, gives us greater confidence that China will return to growth in the first quarter of the fiscal year,” said cook.

At the same time, cook referred to the increase in the incidence of COVID-19 in the US and Europe, as high uncertainty, which makes it possible for the company to predict the results of future quarters.

Gene. the Director also hinted that Apple is preparing a release of new products in 2020, without disclosing details. Analysts believe that, most likely, it will be the Macs that will use the new chips to Apple.

“Without saying too much, I can say that this year there are still a few interesting things,” said cook.

How to make the virtual event more productive: 7 ways