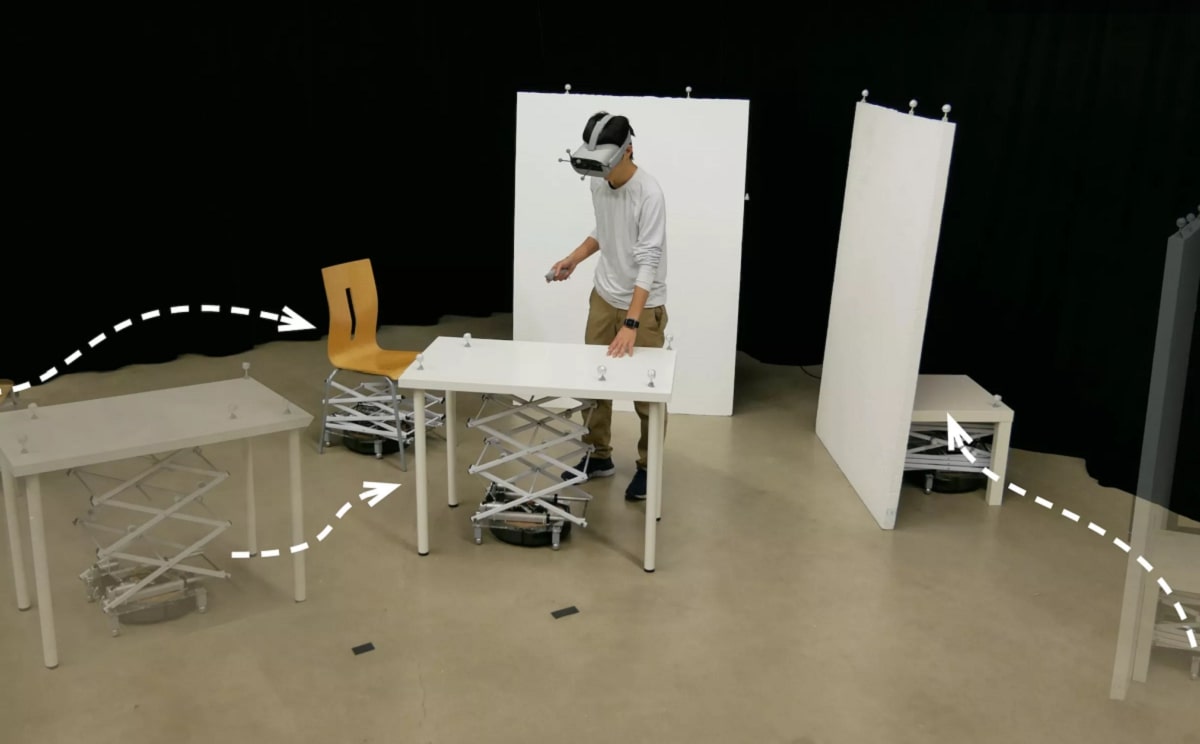 RoomShift is a new virtual reality system that uses robots to move furniture and other items around the user in accordance with changing virtual environment.

Virtual reality can be amazing, but something still prevents total immersion — for example, when a VR user pushes a hand through virtual objects (sometimes called “fall under the texture”). Some development teams simulate the tactile sensation to simulate the sense of touch. A new study offers another alternative — a system with robots that move physical objects to recreate a virtual environment.

Technology RoomShift works as most virtual reality systems: the user wears a headset (in this case Oculus Go) and tracking system, which scans a room measuring 10 m by 10 m, Then the system is completed with group of modified vacuum cleaning robots Roomba with attached makeshift lifts. Robots come under the furniture and use these lifts to lift objects off the floor and move to a new location. 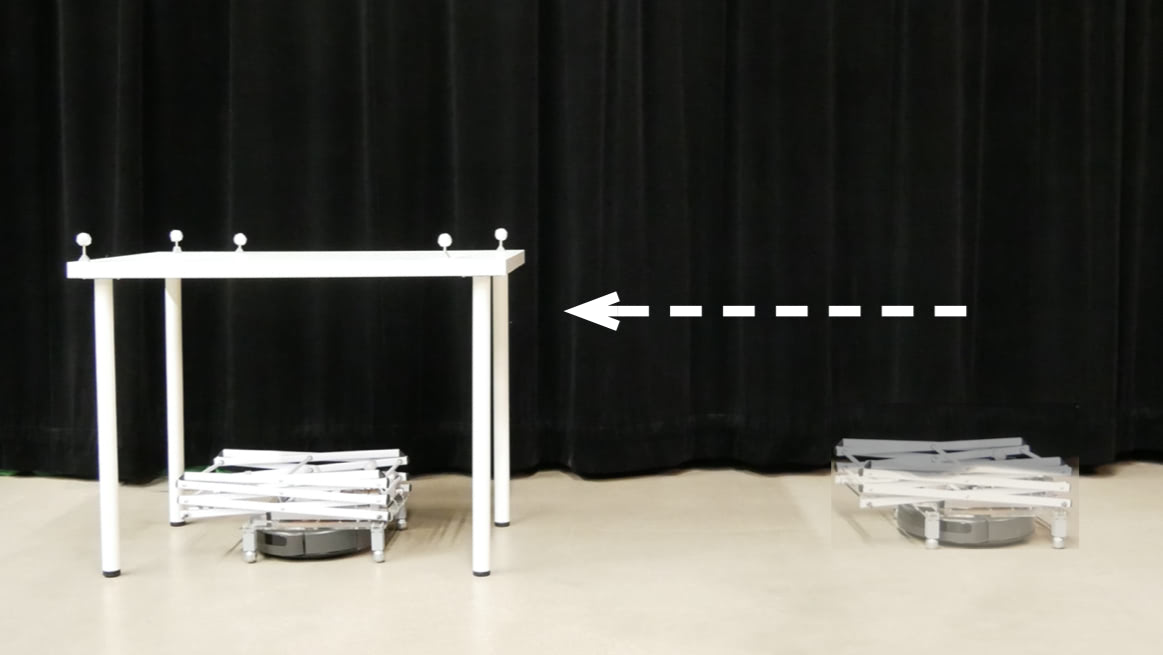 This relatively simple idea has the potential to change the technology of virtual reality. Before, if the path of user movement was a window or wall in the physical world, the virtual reality system warned about this. Now with the help of robots you can create a landscape that will change bucannon eyes right in the room.

In video demonstrations, the robots move a small segment of the wall next to the user, when he goes, so whenever the subject came appears the surface, creating a distinct impression that this is one solid wall. In another moment the larger table that the user sees in the virtual space, the robots recreate the reality by moving a small table.

RoomShift system can also handle several different types of use of virtual reality. Players can physically walk the space scale of the room or if the user uses the mode of teleportation, robots can rearrange the room in accordance with a new perspective of the player. For example, when a person is teleported next to the chair, the robot obediently takes the subject to him.

Robots are programmed to avoid each other, users and the feet of the objects, under which they pass. The machine passed the tests and can move objects weighing up to 11.2 kg, but the team claims that several bots can work together to lift heavier objects. Furniture and scissor lifts tracked using the reflective beads.

RoomShift, of course, will be difficult to implement in the home, but the system suited for clubs and virtual reality attractions with large sites. At the moment, however, the technology remains as a concept for further research.

The consequences of the Hydra shutdown on the Russian drug world – BitcoinBlog.de – the blog for Bitcoin and other virtual currencies