Sale Amazon Prime Day 13-14 October 2020 more than met the expectations of the company, third-party sellers on its platform and analysts. As expected, sales were a record in a pandemic. 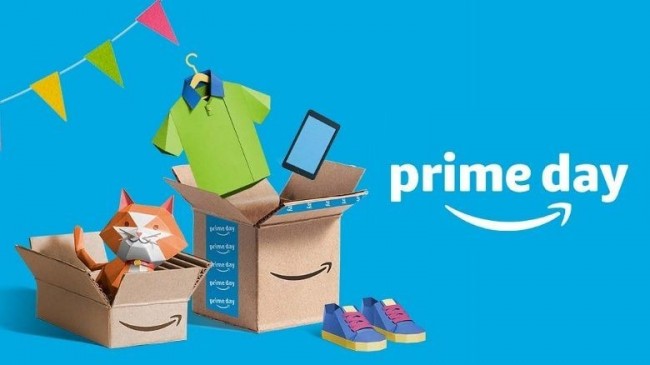 Amazon said that this year the sale was aimed at “supporting small business”, which suffered heavily from the pandemic and marked the “two biggest days for small and medium business in Amazon stores around the world.”

Amazon also stated that sales growth of these sellers in 19 countries outpaces the growth of its own retail sales, however, did not specify total sales in Prime Day.

The event was attended by about 500 thousand small and medium-sized enterprises USA, with global coverage of the online market Amazon is more than 2.3 million firms.

The share of third-party sellers account for about 58% of the total volume of goods sold on Amazon. With such a percentage of the sale for Amazon Prime Day this year, probably amounted to at least $7 billion JPMorgan Previously, experts predicted that this year’s event can generate revenue of $7.5 billion, while eMarketer expecting sales of about $10 billion.

With such successful sales, analysts expect record figures in fiscal fourth quarter revenues of Amazon for the first time will exceed $100 billion in the same quarter of 2019 revenues amounted to $87,44 billion.

According to Amazon, this year, the best selling products of third-party sellers were: bed linen, wireless accessories, electronics, food and recreation, arts and crafts and health care products.

Among its own products Amazon the largest global sales was a new smallest smart speakers Echo Dot. The company said “record day” for sales of millions products, compatible with Alexa, the most popular model in the world was the console Fire TV Edition for smart TVs.

Amazon announced a goal to attract 100,000 new suppliers as new sellers on its platform of online sales.

Its tremendous growth, the company required third-party Amazon sellers, which it has “broad market” for sales in return for Commission.

Amazon is positioning itself as a market and a company that helps and supports small and medium business can help her to get away from the monopoly of investigations and indictments by regulatory authorities in the USA and other countries.

Currently, several Federal agencies are investigating the practices of Amazon on the subject of anti-competitive activities, accusing the company that uses the collected platform data from third-party sellers to generate the best pricing of your own products and use your own business of electronic Commerce. Marketinfo.pro recently wrote about this in the article, “the Antimonopoly Committee of the USA has urged to reform the rules for tech giants”.

Market experts noted that the transfer of the Prime Day of July, October 13-14 due to the pandemic was a very good decision, because by this time Amazon has increased its staff, has prepared quarantine measures for their work and avoid peak incidence COVID-19, during which she would have received less staff and lower sales.

Strong sales growth during Prime Day Amazon reached due to its unrivalled logistics network and quick shipping. The company noted that the record time delivery during the sale was 29 minutes, 54 seconds. More and more customers chose pickup from Amazon or Hub centers out of cabinets Amazon Locker self-service (for small parcels) in cities such as new York, Las Vegas and Los Angeles, where as of the end of the 13th of October has seen the greatest activity.