Facebook faces a risk to its main source of income – advertising, as the campaign #StopHateForProfit condemning lack of action of the company against misinformation and hate speech ‘ (including in relation to race) and it is aimed at a boycott of advertisers Facebook platform, is gaining momentum. 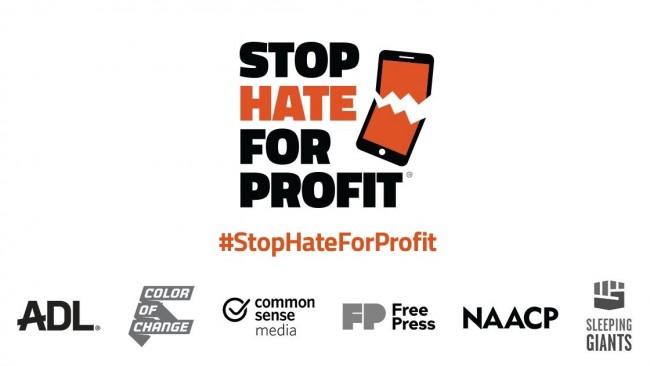 At stake is the main source of income of Facebook – the sale of advertising, which made up 99% of the nearly $70 billion earned by the company last year.

A month ago, the Facebook platform has once again become a “hot spot” for discussions about racial discrimination and the posts with misinformation. Company Facebook, hardly survived the last global scandal involving the intervention of foreign companies in U.S. elections, and now are faced with global publicity to the problem of violence and racial discrimination in the United States.

The occasion was the murder of a black criminal George Floyd police Minnesota. While in the United States and in other countries were mass protests against the illegal actions of the police and unfair treatment of blacks, the management of the company Facebook, according to the organizers of the boycott, did not enough to stop the “incitement of hatred, misinformation and racism” on the platform.

The boycott campaign called #StopHateForProfit was created by a group of human rights organizations, news agencies (Anti-Defamation League, the NAACP, Sleeping Giants, Color of Change, Free Press and Common Sense) and supported more than 100 marketers of such companies as Levi’s, Patagonia, REI, Lending Club and The North Face.

The call was to stop the manifestation of hate and a boycott of the company Facebook, which puts profit above the values of democracy.

Among the requirements of the organizers of the boycott is to allow advertisers to see how often their ads appear next to content that was later removed due to misinformation or hatred, and to reimburse them their expenses for this advertising.

The boycott was supported by such major advertisers such as Verizon (VZ), Unilever, Coca-Cola (KO) and Honda. Some brands, for example, a manufacturer of travel gear REI, boycott in July, some like Unilever said it will stop advertising on Facebook, Instagram and Twitter in the United States before December 31.

Starbucks (SBUX), famous for its strong social position, also said that it will suspend paid advertising on all social media platforms, but indicated that it does not join the boycott campaign #StopHateForProfit.

Research companies indicate that Facebook gets about a quarter of their advertising revenue from major companies such as Unilever, but the vast majority of income comes from small business.

However, in his statement on Friday, analysts at Bank of Amarica noted that the position of such large reputable companies like Verizon can affect the decision of other advertisers to join the boycott.

While analysts do not see that the impact of boycotts on the income of Facebook is essential. However, they warned that there is a risk of “short-term” snowball effect when many advertisers, large and small, will boycott the purchase of advertising in Facebook.

The problem is getting worse more and more publicity in the media.

Guide Facebook has tried to respond to the boycott.

Vice President of Facebook’s global business solutions Carolyn Everson said: “We set our policy based on principles and not business interests.”

Everson said that “the boycott in General is not the way to ensure that we together have made progress,” implying that the company will work to resolve the problem.

CEO of Facebook mark Zuckerberg also spoke Friday, saying that his company would change its policy to prohibit the incitement of hatred in their advertisements.

“I strive to ensure that Facebook remains a place where people can use their voice to discuss important issues,” said Zuckerberg. “But I also oppose hatred or anything that incites violence or suppress the vote, and we also intend to remove that content, regardless of where he is.”

Management recognized that the company has “lot of work” to solve these problems, and that Facebook will team up with groups and experts on civil rights, to develop more tools to combat hate speech.

At the same time in Facebook noted that its investments in artificial intelligence has allowed us to find 90% of the hate speech, before users were able to distribute them.

David Jones, the founder of You & Mr. Jones and one of the founders of the Facebook client Council, which met in the Council for four years, said he does not think that Facebook is ignoring advertisers.

“I don’t think there is a danger that they (Facebook) ignore this and not take it seriously, but I don’t know whether they’re up to something, and what is the scale of this action,” said Jones. “There are many things they can do to solve this problem, but it is worth the money.”

Jones confirmed that the company is developing a comprehensive plan to address these problems.

Magic Leap shares its vision for its Mica AI