On Tuesday, Apple released three new computer: MacBook Air, 13-inch MacBook Pro, and Mac Mini-season holiday sales. New Apple chips M1 to Mac says about the end of the partnership with Intel and plans to create a shared “ecosystem” for all devices of Apple. 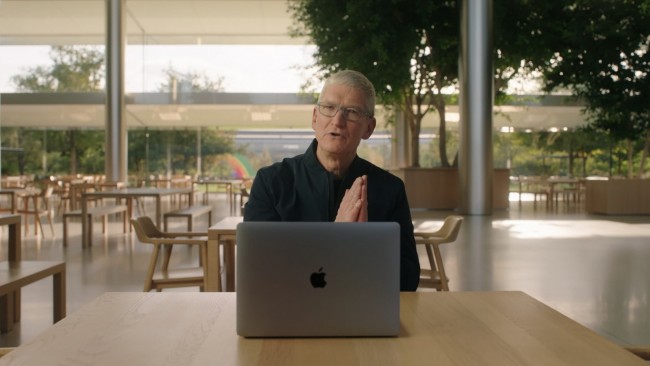 Apple (APPL) today begins sales of new Macs with their own chip, Apple M1. On Tuesday at the presentation included: MacBook Air, 13-inch MacBook Pro and Mac Mini at $999, $1299 and $699 respectively.

Updated Mac appear in good time, because ahead of the holiday quarter, traditionally the biggest sales of the year, in addition pandemic coronavirus is still forcing many to work and study at home.

In a recently published financial report for the 4 quarter Apple reported record sales of Mac in $of 9.03 billion, significantly exceeding forecasts of $of 7.93 billion. 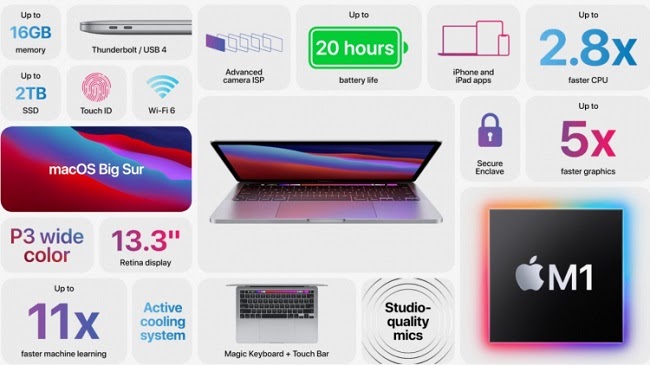 The focus at the presentation was paid to the new chip M1, the use of which marked the end of a 15-year partnership with Intel (INTC).

M1 based on ARM technology, unlike the x86 architecture, which uses Intel chips. The Asian partner of Apple for the production of chips M1 TSMC used a 5-nanometer transistor technology, which it is not Intel.

“Five nanometers is an advanced technological process at present, which, at the moment, the world produced only a few products,” said John Erensen, research Director at Gartner.

According to estimates by Gartner, Apple is the world’s fourth-largest PC maker by shipments, says that Intel lost a major client.

At the same time, Apple has not completely broke off the cooperation with Intel, as its laptops are top-class still have the Intel chips.

As for Apple releasing chips M1, the company has set itself the following objectives:

Apple said the new Mac is more similar to phones or tablets and they can be run even iPhone apps if the developer take the necessary steps to make them available in the Apple App Store. For example, Adobe (ADBE) has announced the release of universal apps that will work on any CPU: Universal Lightroom will appear in the access in the next month, and Universal Photoshop in 2021.

Thanks to the chips M1 MacBook Pro offers 17 hours of battery life on the Internet and 20 hours of video playback. MacBook Pro also incorporates an active cooling system, which has been removed from the new Air.

Apple also introduced a Mac Mini with a 3x performance increase, 6-fold increase in graphic performance, 15-fold acceleration of machine learning and energy efficiency up to 60% compared to the previous Quad-core Mini.

Version MacBook Air with a M1 to 3 times faster than the previous model, with a 5x acceleration of the integrated graphics and 3.5-fold faster processor. Battery battery life up to 18 hours is the longest for the MacBook Air.

Analyst said they would have the opportunity to evaluate the alleged performance characteristics of the new chip M1 in the next few days to confirm or refute the advantage announced Apple laptops.

Five benefits of Amazon’s stock ahead of the holiday season

Five benefits of Amazon's stock ahead of the holiday season

Create ARM templates with VS Code

Image Science & Technology: Ten common mobile phone myths in the check about smartphones you tell yourself a lot. In many things there is a true core, some are gross nonsense and in some the truth lies somewhere in the middle. Steffen Herget from the trade magazine “c't” explains which tips are really helpful and what belongs in the realm of legends. More…