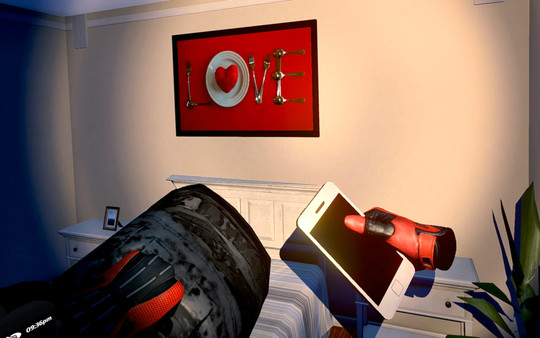 Have you ever wanted to run around your neighborhood and robbing every house in sight? Thief Simulator VR may be the game for you if so (although of course it is better that it was not).

Thief Simulator VR launches in early access, and currently offers about 10 hours of game content. However, the player is not limited to story missions and can work at their own discretion. The developers claim that because of the flexibility and exciting mechanics players can spend in game much more than 10 hours, just experimenting and freely spending time.

Thief Simulator, was originally released on PC in November last year, but the developers hinted that the version of VR is not just a sad addition to the main game. In the VR version you will be able to interact with almost any object in the game environment.

According to the Steam store page, Thief Simulator VR will remain in early access for about 4 months, and currently its cost is 14.99 USD.

It seems that Prison Simulator will also be in VR , developed by the same Studio as Thief Simulator VR, but at the moment, the release date of the game in VR is unknown and unplanned.

Thief Simulator VR is available in early access on Steam.