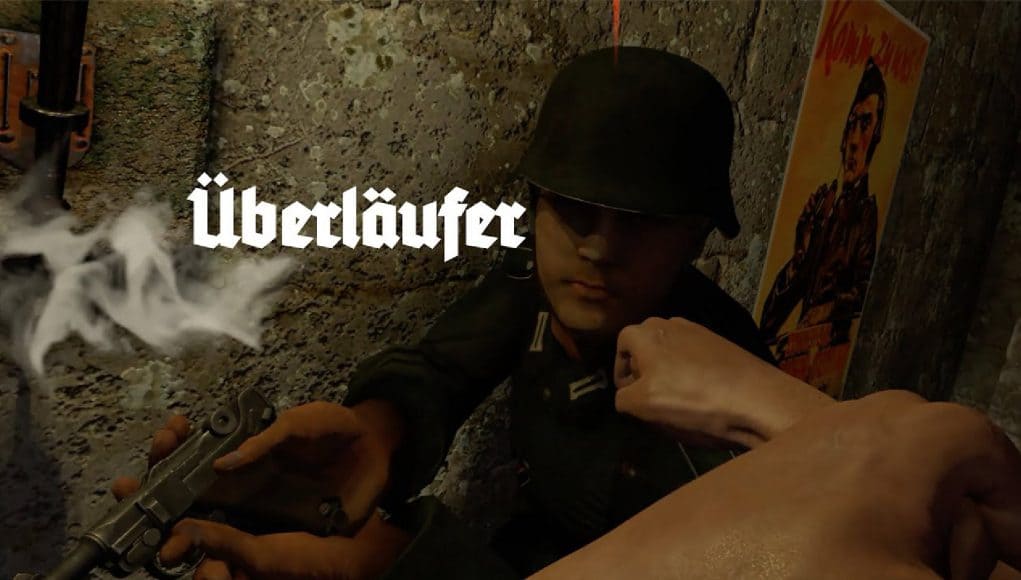 Überläufer is an upcoming roguelike dungeon crawler for PC VR, inspired by the original Castle Wolfenstein (1981), the first in the series, which focuses heavily on stealthy evasion of capture while escaping from a maze-like prison.

Created by independent studio Think Tank Decoy Software, Überläufer (“defector” in German) puts you in the boots of a 1940s Wehrmacht soldier who is imprisoned by the SS for opposing the Nazi regime. With Resistance, you collect the items you need to escape by fighting, convincing, and making your way to the exit of a procedurally generated dungeon.

To escape, you will have to complete a number of randomly generated objectives, such as taking pictures of certain objects with a 1938 Leica camera. Along the way, you’ll also come across things like letters between an ex-prisoner and his wife, as well as real leaflets and dossiers published by the German and Austrian resistance.

In the game’s guide, the studio says that the player will earn experience points throughout all the runs, which can be used to unlock things like perks, weapons, booby traps, and enemy uniforms that will allow you to pass unnoticed.

According to Think Tank Decoy, you will only be able to hit the store once before each launch, so you need to spend your points wisely as you are given a new avatar.

Überläufer is scheduled to appear on PC virtual reality headsets in Steam Early Access in the fall of 2021, with support for Valve Index, Oculus Rift, and HTC Vive headsets. You can add it to the “desired” category here .

Global corporate debt will rise by $1 trillion. to a new high in 2020