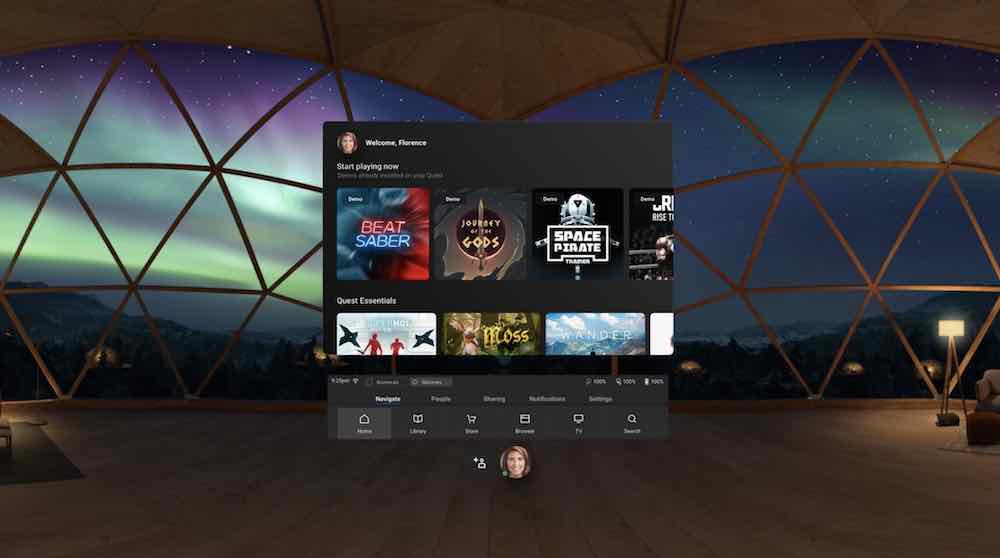 Released update for the Oculus 18.0 Quest. What are we improving?

Oculus continues to work on the interface: a new main menu introduced in patch 15.0, and multitasking for Oculus Browser has been improved from the point of view of convenience for the user. New main menu is now displayed in some applications as an overlay and therefore no longer pulls user Quest from immersion in virtual reality.

VR tip now pointing to the new software features Quest and step by step explain how to use them. Keyboard VR now automatically completes the text to make virtual printing more efficient. Now you can customize the color of the border Guardian in the menu Settings > Guardian > Guardian-Limitation.

Notifications and Oculus VR applications for smartphones have been reviewed, the changes will initially apply only to a limited number of users. Now you can set the format of the notice under section Settings > Device > Notifications. Making a screenshot, you can immediately open and view the picture by pressing the button Oculus.

If you are in Facebook, and save the message it will now display under the notifications when the following setting Oculus Quest. If the message is a link to the VR application, you can open or download and install it directly.

Voice command is now available to all users that speak English in the United States. After activation, this function can be found in the main menu: Settings > Quick Settings > Voice Commands next to the microphone setting. Settings can be made in Settings > Device > Voice Commands (Beta) (beta).

Supports the following voice commands: “Take a photo” to create a snapshot of the screen, the “Start casting” to transfer the VR content to another screen and “Turn off” to disable the Oculus Quest. The voice command “What can I say?” shows other possible voice commands.

Oculus Link is getting better

Oculus also fixed a number of errors. One of the current problems with the 18.0 update is that apps installed via side loading, no longer appear in the app library. However, they can be viewed and run in Oculus TV.

A similar Update to 18.0 for Rift also occurs in the present and making improvements for users of the Oculus Link: the VR content, which is closely with fast movements of the head, now appears more stable. There are also other bug fixes.

GingerVR tools against nausea in VR