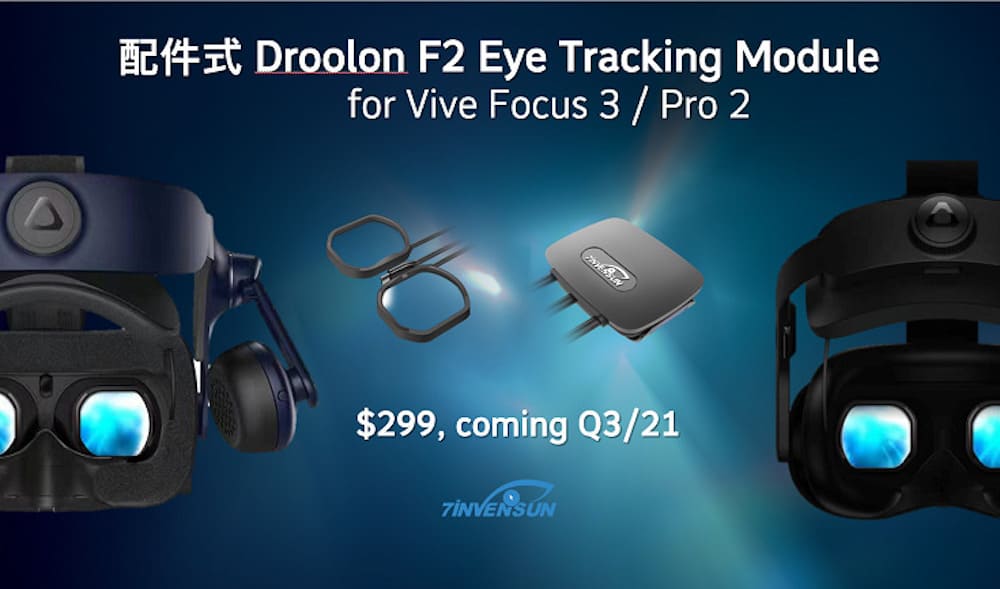 Neither Vive Pro 2 nor Vive Focus 3 support eye tracking. Partner HTC wants to rectify the situation in the fall and offer a modular eye-tracking solution for the new VR glasses.

A product called Droolon F2 was announced at V2EC, the Chinese equivalent of Vivecon. The eye tracking upgrade is designed and manufactured by 7invensun. The Chinese company, founded in 2009 and specializing in eye tracking, is HTC’s official product partner and is funded under the Vive-X program.

7invensun has been selling eyetracking modules for Vive glasses since 2017. The final product, the Droolon F1, hit the market in late 2019 and supports all available Vive devices, including the Vive Pro, Vive Focus Plus, and Vive Cosmos.

The Droolon F2 was designed for the new HTC Vive Pro 2 and Vive Focus 3 virtual reality glasses, and should be smaller, lighter, and more accurate than its predecessor. The fact that HTC doesn’t rely on eye tracking should be due to the fact that not all customers want and use this feature. So HTC wants to offer eye tracking separately.

The Droolon F2 will be available in the third quarter of 2021 at a price of $ 299 “in most markets,” according to HTC’s head of China, Alvin Van Greylin.

Gaze tracking enables new application scenarios and features such as gaze analysis, more realistic avatars, and eye contact for virtual encounters, gaze-based interactions, and foveal rendering. With this visualization method, only the area of the image that the eye is currently looking at is displayed at full resolution. The resulting resources can be used for higher resolution, sharper textures, and better effects.