Company Ant Group is the largest in the field of processing digital payments in China, it also provides a range of financial, investment services and insurance. In the IPO, the Ant Group analysts have identified such growth prospects as the blockchain-business and international expansion and trading services. 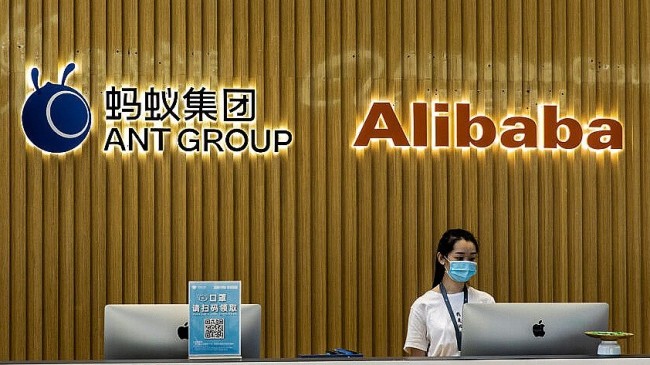 What is the estimated IPO of Ant Group

Company Ant Group is planning its initial public offering (IPO) next month – November 5th. Analysts say that the Ant Group can raise $34.5 billion, which will be the largest IPO in history and will exceed the previous record of $29 billion set by the IPO of the oil company Saudi Aramco last year.

The result of raising funds, the company Ant Group can be estimated at $500 billion, more than the market valuation of the world’s largest Bank JPMorgan Chase (JPM).

The ultra-modern app for mobile payments Alipay, which belongs to the Ant Group, has more than 1 billion users, making it the most popular app in the world outside of social networks. For comparison, the American company PayPal (PYPL), being the largest platform of digital payments outside of China, at 30 June was 346 million active accounts.

The History Of Ant Group

The history of Ant Group began as a division, then a subsidiary of Chinese giant Alibaba (BABA), its founder Jack MA still has a controlling stake in Ant 50,52%.

In February 2018 Alibaba, through its subsidiaries, acquired a 33% interest in Ant, which she still owns.

The history of Ant Group, which in the beginning was the name Zhejiang Alibaba E-Commerce Company, and then Ant Financial, started with the creation of Alipay and the origin of the development of online shopping in the country with the second largest economy in the world. This became the platform for the huge growth of digital payments business and current customers online platforms Alibaba use the services of Ant Group to pay for their purchases.

For the twelve months to 31 March 2020 about 70% of the gross volume of goods sold on Alibaba marketplaces in China, was paid for through Alipay. Alibaba pays Alipay Commission on preferential terms for payment services.

However, the Commission for digital payments at the sites of e-Commerce is not the only source of income for the Ant Group. The company earns more on retail lending to consumers and small business, working with about 100 banks, including all large national banks of China.

Business CreditTech brought Ant Group for 39.4% of total revenues for the six months ended June 30. According to the consulting company Oliver Wyman, Ant is the largest online provider of microfinance services in China.

In addition, the company has a large business in the field of investment services, in cooperation with the investment companies and banks, and insurance business, which accounted for 8.4% of revenues for the six months ended June 30. Analysts point out that both segments are growing with great potential in the next few years.

The expected growth rate of

Ant Group sees a number of further opportunities for growth, given the forecast of consulting company iResearch, according to which by 2025 the volume of transactions digital payments in China will increase

doubled compared to last year: about $30 trillion. to about $60 trillion.

Guide Ant predicts that 80 million small businesses that use its services of digital payments today, in 2025 will increase to 163 million.

Although as of June 30, mainland China accounted for more than 95.6% of revenues Ant the company is actively expanding overseas, including Bangladesh, Hong Kong, India, Indonesia, Korea, Malaysia, Pakistan, the Philippines and Thailand.

Ant began to explore the potential of the blockchain about six years ago and since investing in this technology. The company has become a world leader, in terms of technical capabilities and developed about 50 commercial applications.

A significant drawback for the company can be obstacles for growth in the US, where the government’s growing regulatory requirements and increasing restrictions for Chinese companies. So, recently, the United States has restricted the ability of Americans to conduct transactions using TikTok, citing national security issues.

Two years ago, the US government has forbidden the deal Ant for the $1.2 billion acquisition of the company Moneygram International money transfer also for reasons of national security.