Company Alibaba has faced officially announced antitrust investigation in China. Internet giant accused of anti-competitive practices that restrict trade sellers only to their platform. Regulators will also meet with the financial company Ant, which owns a third of Alibaba. 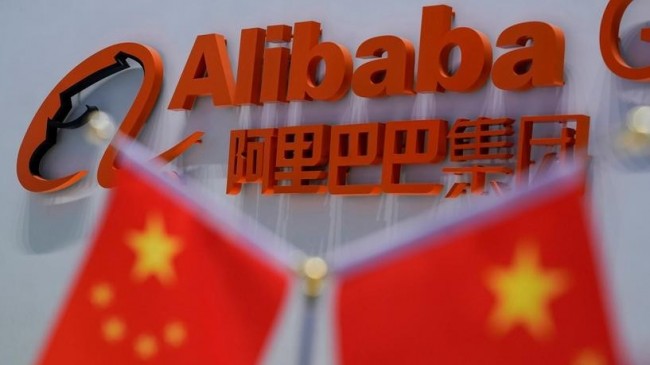 Alibaba shares (BABA) fell by 7.5% before the opening of trading on Thursday after the State regulatory authority for the China market (SAMR) made a statement about the antitrust investigation against the technology giant. One of the main accusations put forward the practice of “exclusive cooperation agreements” that restrict third-party sellers on the platform Alibaba e-Commerce sales to other competing electronic platforms.

This step was preceded by the release of a new anti-monopoly regulations, which aim at ensuring fair conditions of competition and support of small business in China. Read more about Marketinfo.pro wrote in the article “Internet giants of China will receive more stringent Antimonopoly regulation”.

In November, the result of more stringent regulation by the Chinese authorities activities online companies was suspended IPO the largest private financial-technology company Ant Group, approximately 33% owned by Alibaba. State regulators probably saw Ant threat to the banking sector, as the company has the largest business of microfinance services in the country.

Ant dual listing on exchanges in Shanghai and Hong Kong attracted a record interest among investors, as the IPO had become the largest in history, ahead of previous record of Saudi Aramco, and to raise about $34.5 billion investment.

On Thursday, Chinese authorities said they will meet with Ant on issues such as market activities and taking into account the rights and interests of consumers. The people’s Bank of China said on its website that the other participating regulators are the Commission for regulation of the banking and insurance China regulatory Commission China securities and State administration of foreign exchange.

Alibaba, in its public statement, confirmed the investigation to the market regulator and said that “the business operations remain normal.”

In addition to Alibaba and Ant, under antitrust investigations can be applied to other large technology company of China – Baidu, Tencent.

Chairman of Primavera Capital Group Fred Huy from Hong Kong noted that global financial markets “will very closely monitor” the progress of the investigation and the aim of the antitrust action only on the private sector or state monopoly will also be reformed.

Experts see risks for the future of the Internet giants, but indicated that Beijing at the time also contributed to their rise, also mention the fact that amid competition from such global companies as Amazon (AMZN) and Google (GOOG, GOOGL) “China is even more important to keep the fire of entrepreneurial spirit”.

Managing Director of Beijing consulting company Mabridge mark Natkin noted that “now, when tensions with the United States and other countries has escalated, Chinese policymakers turned their attention to domestic market growth and creating a more competitive environment in the country.”

Managing a portfolio of assets in the investment company Principal Global Investors in Hong Kong said, “We have toned down our optimism toward China and moved some investments from China into the rest of Asia. We are sure that the model of encouraging private enterprise, followed by China, will remain. Of course, the market was slightly disappointed with the actions of the regulator”.

Developments in China, similar to actions of the authorities in the US and Europe where all the major technology companies are now under antitrust investigation. The risks fall under the regulatory companies like Google, Facebook (FB), Amazon and Apple (AAPL), read more in the article “the Antimonopoly Committee of the USA has urged to reform the rules for tech giants“, “the EU Authorities are preparing new laws against large technology companies in the United States.”

Here you can find the best and cheapest car insurance